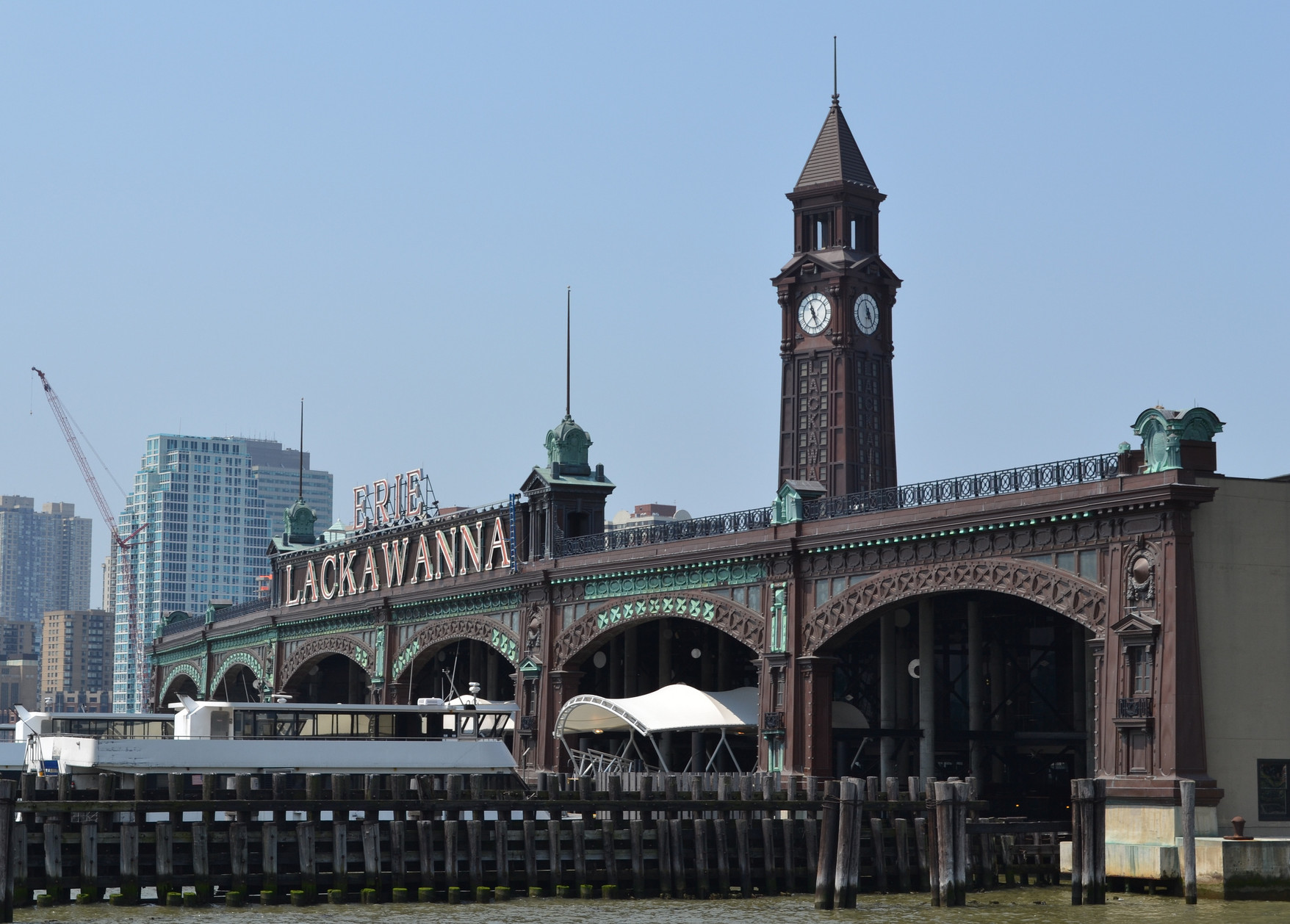 It may be the birthplace of Sinatra and where baseball first took root, but Hoboken can sometimes be overlooked by the common New Yorker.
Not Larry Bijou, managing partner of Bijou Properties, who saw opportunity across the Hudson and cashed-in two decades of commercial real estate experience in New York to create his own enterprise across the river.

A quick tour of Bijou’s office reveals that it’s not the typical headquarters of a development operation.
Desks and workstations line the perimeter of the open-planned space, which is lit almost entirely by the natural light that enters through floor-to-ceiling windows.

Abutted against Hoboken’s northern end and Weehawken’s southern tip, Bijou’s headquarters sports a glass cube at its center, which serves as the facility’s only conference room.
Whacky shelves and warped mirrors accent the wooden walls and floors. In short, Bijou Properties operates out of an impressively modern treehouse.

Bijou first opened up shop in New Jersey in 1999, and began investing in the northern end of Hoboken, which still had several years of gentrification to go before it became the in-demand real estate that it currently is.

“All of our properties here are north of 14th Street. The drift north hadn’t happened yet,” Bijou told Real Estate Weekly, a fact that he describes as “lucky.”

A new enterprise looking to carve a foothold, Bijou Properties purchased a multi-level parking structure with designs on capitalizing on the early dot.com boom.

“It was an old warehouse that had been converted into a parking garage,” Bijou said. “That was my first building and we thought maybe it would be good for a tech building when we bought it.

“But the year after that, the tech-bubble burst and that was the end of the telecom business for a while.”

The bump in the road deterred Bijou about as much as the hiccup in the first run at dot.com enterprises hampered the eventual growth of the internet.

Bijou allowed his first acquisition to remain a parking garage and went on to purchase two adjacent buildings, which currently house one of two Hoboken New York Sports Clubs locations, a CVS and a Chase branch.

All three tenants helped draw significant interest to the northern portion of Hoboken, a town which houses it’s all-important PATH entrance at the southern tip.

Bijou’s success with commercial buildings led to a “pretty exciting” jump into the world of luxury lofts.

After commissioning SHoP Architects to design the Philippine Desiccated Coconut Building in 2005, Bijou Properties was headed towards converting what was once a coconut warehouse into a 35,400 s/f luxury residential building.

It came to market during the “not great time of 2009,” but despite the lean market, Bijou’s venture was a success.
“We managed to sell out. That was a positive sign that people were getting ready to cross 14th Street.”

Bijou attributes local residents’ willingness to venture farther uptown to tenants such as NYSC, which began driving foot traffic in that section of Hoboken.

But as Hoboken has continued to grow and attract both young professionals and families looking to settle down outside the hustle and bustle of Manhattan, there is still a reality that Bijou faces about his chosen territory.

“It’s not New York, and I think you always have that. But people get priced out of New York. Let’s face it. It’s very expensive. We’re 40-50 percent less expensive, generally,” said Bijou, who’s successfully wielded Hoboken’s status as the unofficial 6th borough as an advantage instead of a hindrance.

“It makes a difference in people’s lives, especially if they have children. It’s similar to what’s going on in Brooklyn. Neighborhoods you never thought would be gentrified are being built up now.”

It’s easy to sing the small city’s praises now, where after more than 15 years of work from Bijou and other developers, Hoboken has become a gentrified hotspot. But Bijou pioneered the area when it was still a neighborhood that many New Jersey residents avoided instead of flocked to. What caught Bijou’s eye at the turn of the millennium? “Hoboken is a neat place. It had a lot of culture, it had a lot of young people, it had a different vibe and it’s directly across from Midtown Manhattan,” Bijou said.

Even if he could turn back the clock, Bijou wouldn’t change a thing.

“I made the first acquisition, the Park on Park garage,” he said, noting that he never second-guessed his decision to strike out on his own. “Within a short matter of time, we had three properties, so I had my hands full.”
Now comfortably entrenched in the city, Bijou is committed to more than just developing profitable real estate projects. “All our buildings follow LEED formulas,” noted the developer who believes the strategy is worth the extra effort in the long run.