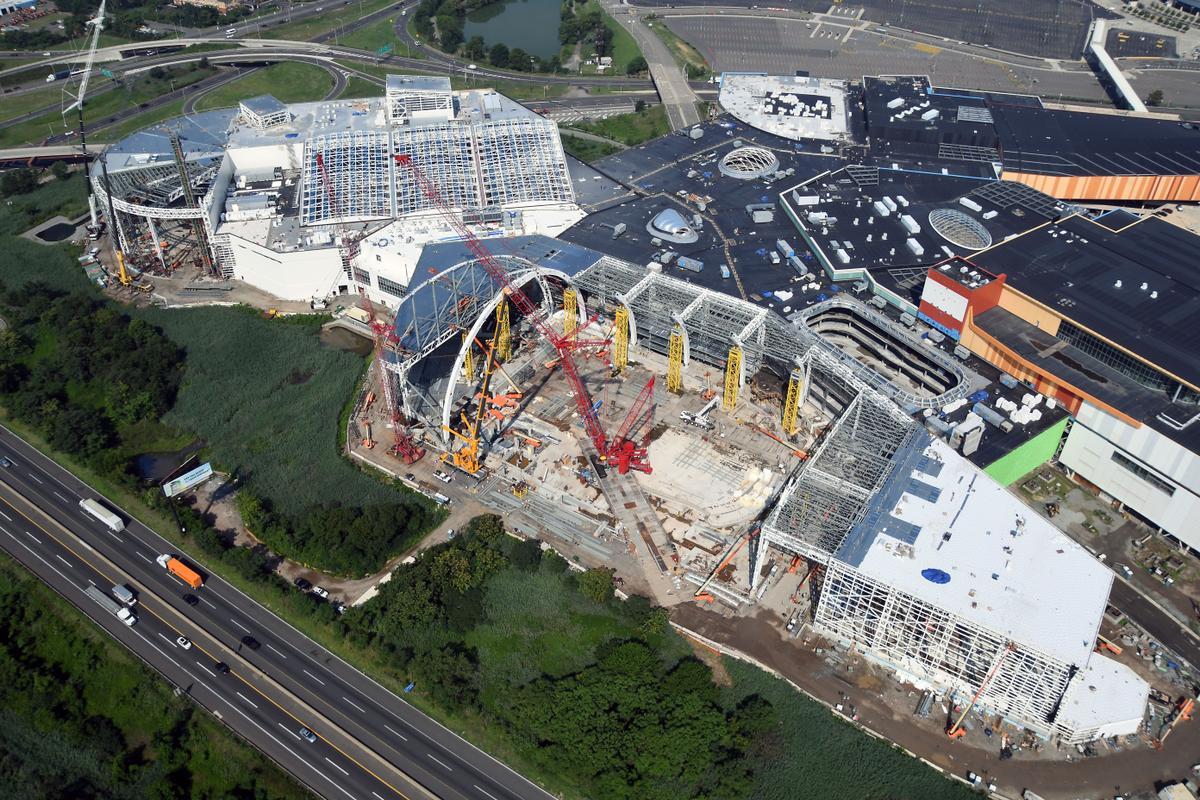 Two highly-publicized retail projects — one historic and one formerly infamous — are nearing completion.

In New Jersey, developer Triple Five’s megamall American Dream is on track for a Spring 2019 grand opening 13 years after it was started by the Mills Corporation and was dubbed the “ugliest” mall in America by former Governor Chris Christie.

For Empire Outlets, the project is going all in on retail’s most ubiquitous buzzword: experiential.

Joe Ferrara, principal at developer BFC Partners, said, “I tell people all the time that it’s not really about retail any more for us, like as far as a shopping malls or outlet centers.

“It’s more like an experience. Once you drive the bodies to a particular destination such as this, they’re undoubtedly going to shop, at least we hope.”

One of those experiences will be a “selfie moment” spot inside one of the retail units with what Ferrara called a “trillion dollar” view of Lower Manhattan and the Statue of Liberty.

Ferrara said the project is around 75 percent leased, and the rest of the spaces are “spoken for” and are either in lease negotiations or in the letter of intent process.

The most recent lease signings have been Brooks Brothers 4,000 s/f space and Levi Strauss & Co.’s 5,450 s/f deal.
Located adjacent to the St. George Ferry Terminal, Empire Outlets will feature more than 100 designer outlet retailers and a three-level parking garage with space for 1,200 vehicles.

Major retailers include H&M, Banana Republic, Nordstrom Rack, Gap Factory, Nike Factory and Columbia Sporting Goods. On the lower level of the complex there will also be a Walgreens pharmacy that was aimed at being an asset to commuters.
The second floor of the complex will be all food and beverage concepts including Shake Shack and Artichoke Basille’s Pizza, as well as the 40,000 s/f MRKTPL; Staten Island’s first artisanal food hall.

BFC Partners is holding onto two or three retail spaces in the center of the complex to be used for pop-ups shops.
The site will have several access points for tourists and visitors, and the five-level shopping center will have extensive green landscaping and water features, as well as a stage for “experiences” that will be part of an ongoing program at the site.

“We want to make it ever changing so people come back time and again,” said Ferrara.

Back in the Meadowlands, the siding that became notorious along the New Jersey Turnpike and spawned the “ugliest” building movement has finally been replaced.

American Dream’s website even features a 24/7 live camera feed of the site, which as of early this week, has no fewer than three construction cranes.

“We have a very active job site,” said Lincoln Palsgrove, vice president of communications for American Dream. “I think the level of activity is going to increase even more so after Labor Day.”

The highlight of current construction is two steel arches that form the structure of the Dreamworks Waterpark that recently went up, with six more on the way. Curious onlookers can expect to see portions of the project “reskinned” over the next several months, as the last remnants of the former Xanadu are removed and replaced with new siding and exterior walls.

Parts of the Nickelodeon theme park and roller coaster rides will start to rise over the next few months, and construction crews are already laying track for the coasters.

“The size of it when you’re in it, you can’t believe it,” said Palsgrove of American Dream.

Leasing activity has been strong, according to Palsgrove, with the project currently about 83 percent leased.Triple Five will be announcing new tenant signings at the end of this month. The leasing team is focusing on finding the right tenants for areas around the entertainment portion of the project — near the waterpark, theme park and Cirque du Soleil area.
The massive mall and entertainment complex will operate 365 days a year.