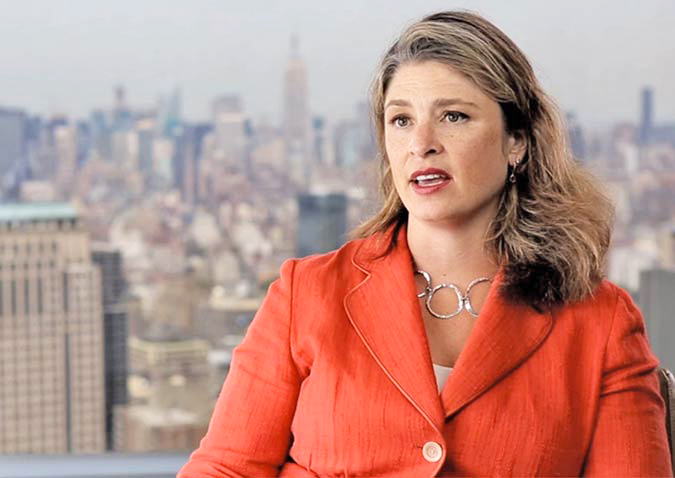 “It’s going to be an exciting day,ˮ said Glen, the deputy mayor for housing and economic development.

“We’re just a few weeks into 2017, but it is already shaping up to be a transformational year: revitalizing Midtown East, new mixed-use and mixed-income projects in the boroughs, developing a new innovation hub on Governors Island.

“I look forward to sharing more on where New York City is headed and how we can all work together to keep the city growing and thriving.”

Glen is at the forefront of Mayor Bill de Blasioʼs effort to build more affordable housing.

On Friday, she joined the mayor to announce that the CITY has financed more affordable housing in 2016 than in any time in the past 27 years (see story on Page A9).

“This is about saving a mixed-income New York, and so we’ve held nothing back,ˮ she said.

“We doubled the housing capital budget. We re-wrote every term sheet to get more for the public in every housing project. We passed the biggest overhaul of City zoning in 50 years. And it is making a difference.”

She has also launched a $150 million life-sciences expansion that will bring new jobs to the city and crafted a plan for citywide ferry service.

A former banker who worked at Goldman Sachs, Glen spent an early part of her career working in the Rudy Giuliani Administrationʼs Department of Housing, Preservation and Development financing the rehabilitation and construction of thousands of units of housing.

Before that, she was a real estate associate at Fulbright & Jaworski, and at Kalkines, Arky Zall & Bernstein (now Manatt, Phelps) and she served as an attorney at Brooklyn Legal Services after graduating Columbia Law School.

A mom of two, Glenn will headline an event that has become a must-attend among the cityʼs most accomplished women.

This year, CREW — the nationʼs largest organization dedicated to women working in the commercial real estate sector will help co-ordinate a line-up of speakers who will take part in a day of discussion and debate.

Accounting giant EisnerAmper is again co-hosting the forum, which will take place at the Bar Building at 36 West 44th Street, from 8 a.m to 12.30 p.m. on Wednesday, June 14.

The theme for the 2017 Womenʼs Forum is “Embracing Change,” and speakers will explore the impact of national and international political and economic change on the real estate markets.

Ticket and speaker details will be announced in due course.

IN PICTURES: CoreNet kicks off the New Year in style