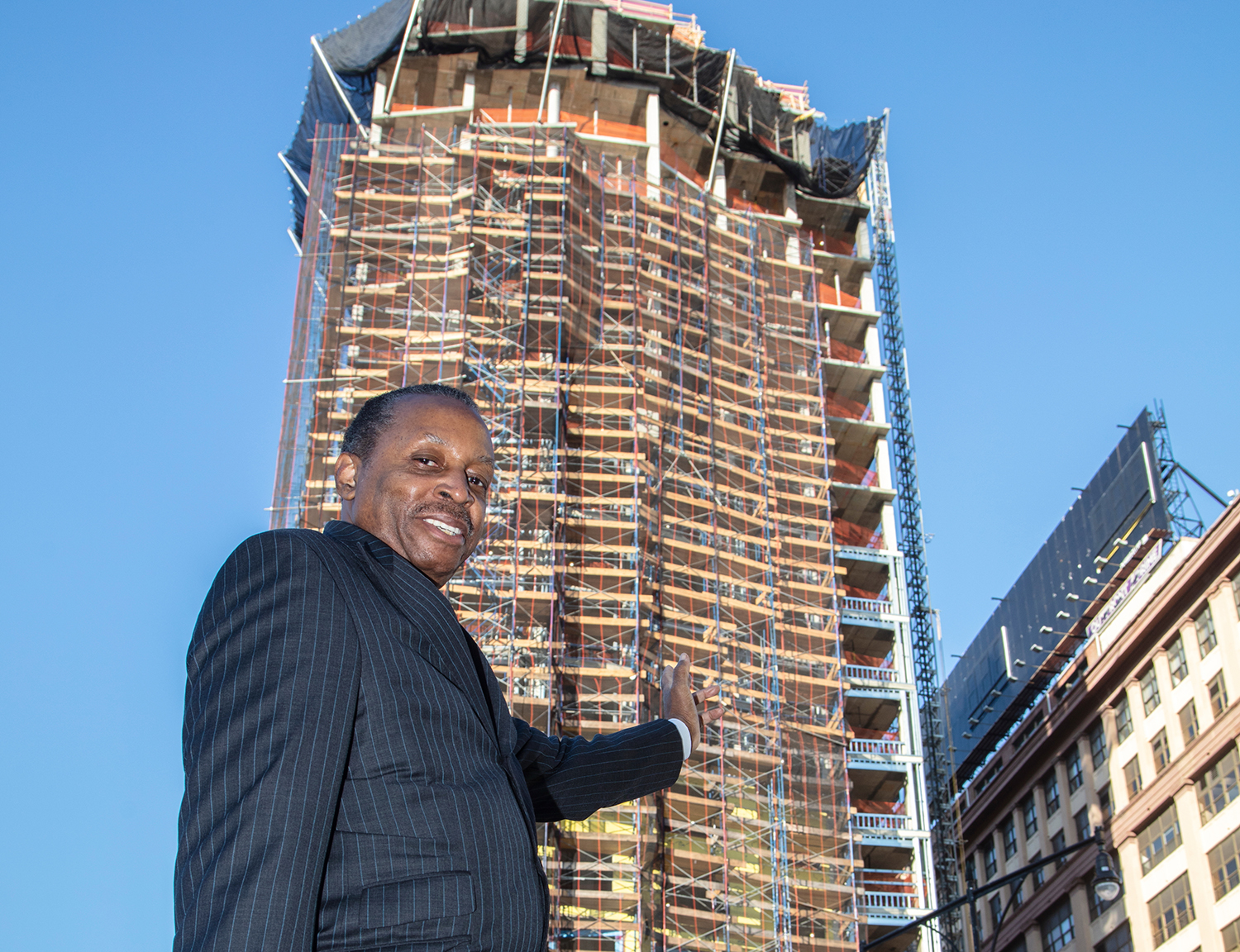 Delshah Capital has topped out its 20-story mixed use tower at 22 Chapel Street in Brooklyn.

“We are thrilled to see 22 Chapel Street—a project, three decades in the making, is near completion,” said Lawrence S. Brown, Jr., MD, MPH, FACP, DFASAM, CEO of START Treatment & Recovery Centers, a non-profit, which has treated over 50,000 New Yorkers since it was founded in 1969. “During this difficult time, we are grateful to be on schedule with this project and help bring much needed housing to the Brooklyn community.”

Set for completion late next year, 22 Chapel Street will offer 180 apartments, 25 percent of which will be part of the Affordable New York housing program; 2,000 s/f of retail space, 15,000 /f of community space; a rooftop pool, parking, a fitness center and playroom; and START’s 15,000 s/f headquarters.

START’s headquarters were located in a two-story former marine training center at 22 Chapel Street that it acquired in 1983 under a city program that allowed nonprofits to lease properties for $1 year for 30 years, and exempted them from city and state taxes. After 30 years, START became the property’s owner.

Facing the expensive prospect of paying property taxes and bringing the building up to code, START’s executive leadership and Board of Trustees decided to enter a joint venture with Delshah and OTL to develop the site.

New front bench of bosses to lead JLL into future