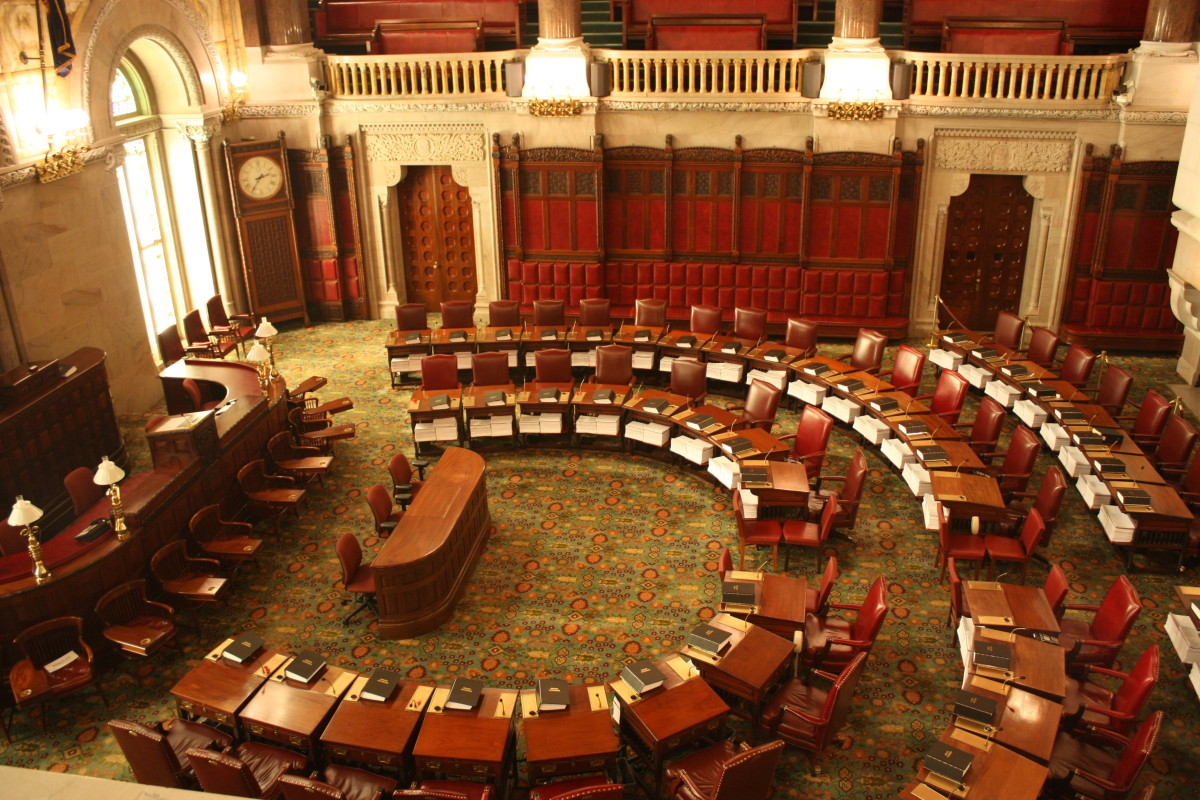 Deadlock in Albany puts 421-a, rent regulations in limbo

With the New York State Legislature grappling with a debilitating impasse, crucial laws like the 421-a tax abatement program and rent regulation have expired, making a last-ditch deal more unlikely on the last day of the legislative session for the year.

The two laws, which expired at midnight on Monday, are just some of the time-sensitive issues that have been left unresolved by Albany lawmakers.

With little time left on the schedule, state legislators are still evaluating a wide range of issues, such as criminal justice reform, mayoral control of schools in New York City and tax credits for education . However, none may be more contentious than rent regulation and the 421-a tax program, the expiration of which has raised concerns among state and city leaders.

In a radio interview, New York City Mayor Bill de Blasio criticized lawmakers in Albany, saying that the “do nothing culture” in the legislature has endangered housing for millions of New Yorkers. “That’s two million people, one out of every nine people in New York State. They deserve to know that their housing will be safe and secure,” he said.

De Blasio, who said he wants an end to the 421-a tax break if it did not include provisions he advocated for, also disapproved of a possible one-year extension of the law, a compromise that has been floated as the end of the legislative session gets closer. “That just takes a bad situation and continues it,” he said.

Senator Brad Hoylman, a Democrat, echoed de Blasio’s sentiment, calling a straightforward extender “a  death knell for rent regulation.” He claims that the vacancy decontrol provisions in the law would make a  bad situation worse, adding that the city has already lost 100,000 units of affordable housing .

The deadlock has mostly been in the State Senate, where the Republican majority has pushed for an  eight-year extension of the law. The party also wants verification of the income and primary residences of  rent-stabilized tenants.

The proposal has been criticized by Democrats, led by Governor Andrew Cuomo. “The law differs from  my proposal in a number of significant ways which makes it unacceptable because it does not include the necessary improvements on the existing law, its poses new hurdles for tenants and it reduces tenant protections,” he said.

With the deadline looming, the legislature is facing increasing pressure to act, and Hoylman is blaming Senate Republicans for the deadlock.

“I think part of it is that Republicans generally don’t have tenants in their district. It’s hard for them to identify with the needs and desires of my constituents. I have over 50,000 units of rent-regulated apartments in my district,” Hoylman said.

“The problem is that you have the leadership of the Republican party deciding an issue that frankly has nothing to do with their constituents. They don’t bring a lot of insight to the problem.”

To protect tenants, city leaders have announced several measures, such as the provision of free legal representation and the introduction of the Tenant Anti-Harassment Hotline.

Ken Fisher, a partner in the real estate and government and regulatory practice at law firm Cozen O’Connor, said that tenants are safe even without rent regulation laws.

“Tenants are protected by their current leases until those leases expire, even if the rent stabilization law is never renewed,” he said.

However, Fisher, warned that landlords may exploit the gap to take advantage of tenants: “who go to tenants and tell them they don’t have rights, even when they do.”

“It’s ironic that at the same time that city officials express the need for affordable housing , which requires a private/public partnership, these same City officials bash the very owners and developers that they hope and need to work with in order get the desired results of more affordable housing. Fear mongering—publicly sending the message that landlords will raise rental rates to unprecedented levels, or engage in wholesale evictions—is false, unnecessary and unproductive,” he said.