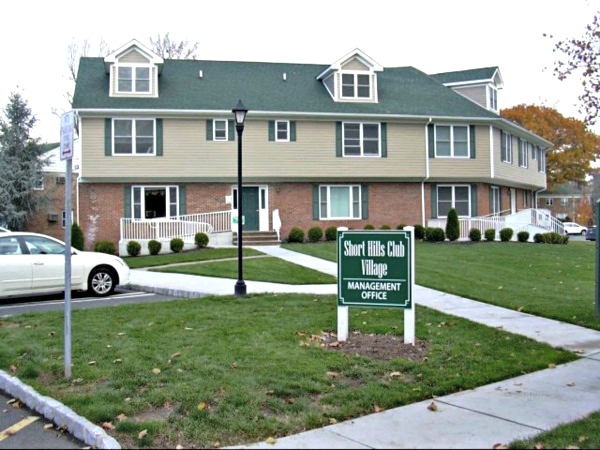 Gebroe-Hammer Associates has represented Forest Realty in the estate sale of two separate multi-family properties sold for a combined $113.5 million in Springfield and Morristown, N.J.

The sale of the properties, which were owned by Forest Realty for over 40 years, represents one of the state’s largest multi-family transactions recorded in 2015 thus far.

“Both of these well-maintained properties are at the center of it all in terms lifestyle amenities and access to mass transit, shopping and dining,” said Brecher.

“Springfield and Morristown are highly desirable multi-family investment markets due to the strength of their tenant pool, sustained population growth and proximity to employment centers and some of the state’s largest employers, such as Bayer and Honeywell.”

Short Hills Village Club, which was acquired for $83.5 million by SH Club Village, LLC, is a 286-unit garden-apartment and townhome community located at 67A Forest Dr., on the Millburn/Short Hills border of Springfield.

The 26-building complex is comprised of three different phases, each of which has been newly renovated or newly constructed in the past five years.

The second property, located at 114 Franklin St. in Morristown, was acquired by RK Franklin LLC, for $30 million.

Franklin Manor is a 140-unit garden-style apartment community on a private road in a residential neighborhood.

The property, which contains 232,134 s/f of warehouse/distribution space, was constructed in 2012.

Hampshire began construction on a speculative basis and fully leased the building to FedEx Ground prior to completion.

The Exit 12 industrial market, also known as Port South, has evolved into one of the leading industrial markets in New Jersey, evidenced by a rise in construction and substantial tenant commitments.

A key component can be traced to the 2010 completion of the Exit 12 interchange expansion.

Since 2007, more than 4.7 million sq. ft. has been developed or is close to being completed in the market (a 24% increase in inventory), which has attracted internationally recognized tenants such as Amazon and FedEx.

The six-story elevator apartment building features 93 apartments and one commercial unit. It is 60,078 s/f and was built in 1914.

The building sold for 15.16 times the current rent roll.

The 1990s-era Class A property is almost fully occupied and serves young families and professionals that commute to employment centers in New Haven and central and southern Connecticut.

“Value enhancing renovations are planned under the direction of our experienced redevelopment and management team that has overseen similar projects in our nearly 2,000 unit portfolio throughout New Haven, Fairfield and other Connecticut markets.”

LEM’s investment was made on behalf of one of the firm’s managed institutional real estate funds.

“After completing the value-add renovation program and installing Paredim’s more attentive management approach, Stony Brook has the potential to be a best in class asset within its submarket,” said Herb Miller, a founding partner at LEM.

“The lack of new supply in the market and submarket combined with the property’s proximity to strong employment drivers should enable Stony Brook to attract a high quality resident and generate value for our investors.”

E&M Associates paid $72.3 million for a pair of Astoria rental properties owned by a Related Cos. fund, in the second sale since Shibber Khan’s Criterion Group developed them just three years ago.

The market-rate apartment buildings at 11-15 Broadway and 30-50 21st Street, known respectively as Astoria at Hallet’s Cove and the Montenegro of Astoria, hold a total of 144 units and 64 parking spaces. They are located five blocks away from each other in southern Astoria, but have sold as a package.

The off-market deal closed last week, according to Rosewood Realty Group’s Aaron Jungreis, who brokered the transaction and represented both the buyer and the seller.  It sold for 15.5 times the current rent roll.

Related Fund Management, the fund management platform of the development giant behind the Hudson Yards megaproject, bought the buildings from Criterion for a combined $60 million in 2013, a year after they opened. Earlier this year, E&M, a Flatbush-based multifamily investment firm led by Irving Langer, sold four Bedford-Stuyvesant rental buildings to Bushburg Properties.

Plasky takes it to the bank

Scott Plasky in Manhattan represented the seller, a private investor.