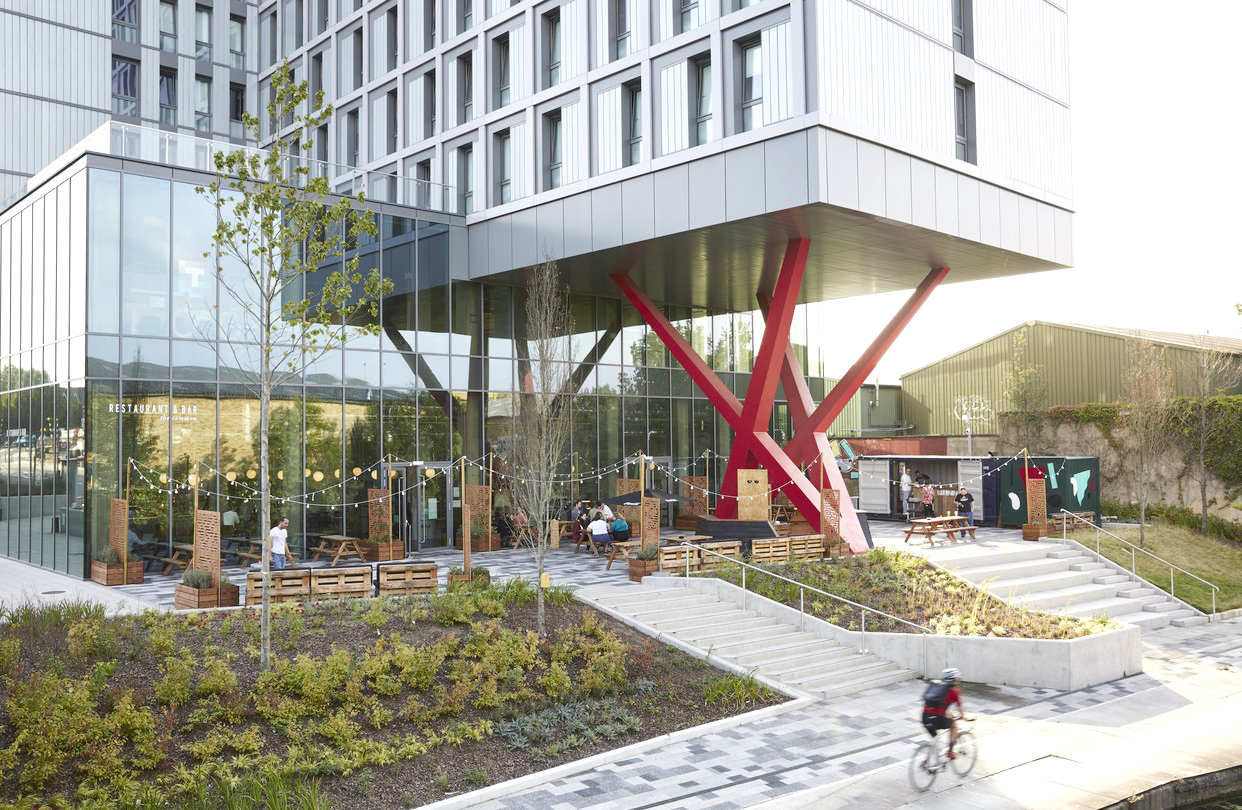 The Collective, a London-based co-living developer, has announced its plan to build a major co-living community on the border between Williamsburg and Bushwick.

The $450 million, 350,000 s/f purpose-built development at 555 Broadway will be the first of its kind for New York City and serve as The Collective’s flagship location in the United States.

“Co-living is fast becoming the preferred housing solution for people who want to live in a more convenient and connected way. This transaction demonstrates our intention to be the co-living provider of choice by creating cultural destinations across the markets in which we operate,” said Reza Merchant, the 29-year-old CEO of The Collective.

“We continue to be focused on acquiring new opportunities in New York City, and delivering exceptional projects which create an unparalleled experience for our members and the local communities in which we operate.”

The Collective purchased the Broadway site from Blesso Properties for $54.25 million.

“The five-lot assemblage unlocked more than 328,000 of potential zoning floor area, making this the largest site to close in North Brooklyn since the Rheingold Brewery site sold in 2016,” said Ethan Stanton, a managing director who represented the seller along with JLL’s Brendan Maddigan, and James Nelson, now with Avison Young.

The Collective plans to create flexible accommodations, including affordable housing, as well as a range of communal amenities.

The project will also incorporate a market hall with local artisanal food, beverage and retail, a community-focused restaurant and bar, a rooftop amenities, outdoor terrace, as well as multiple co-working areas and a fitness center with wellness offerings and group exercise classes.

The property will also have an art gallery, performance and rehearsal spaces, and chef’s kitchens, as well as event spaces for The Collective-curated classes, workshops, talks and seminars.

The development at 555 Broadway will also include a street-level outdoor hangout area as well as a community facility available for use by local residents and organizations.
The Brooklyn location is expected to open in 2020.