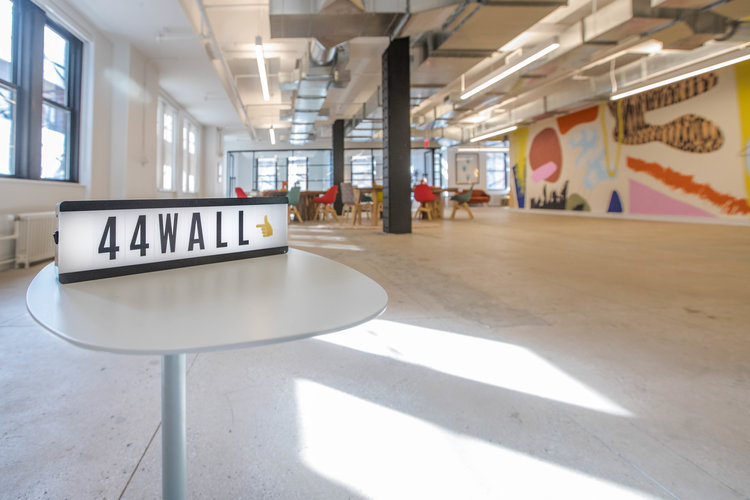 The company will relocate its headquarters from 598 Broadway to a portion of the 13th floor of 44 Wall in the third quarter of 2019, following a buildout of the space by EQ Office.

“Contently believes in the power of great storytelling and fuses art and strategy into all of its work,” said Scott Silverstein of EQ Office. “This forward-thinking approach makes Contently a perfect fit for 44 Wall and its growing roster of dynamic companies.”

EQ Office has recently completed a repositioning program to transform the historic building into a premium office destination.

In addition to the construction of multiple pre-built floors, improvements at the 350,000 s/f tower include a revitalized lobby featuring artwork by New York City street artist Hellbent, which landed the tower on the Architectural Digest list of “The 12 New York City Office Buildings with the Most Incredible Artwork.”

Since acquiring 44 Wall in June 2016 and embarking on the building’s improvement program, EQ Office has attracted a number of creative and technology companies to the tower, including GameChanger, a tech company that produces a digital scorekeeping app; Joan Creative, a trailblazer in the field of modern brand building; Giant Spoon, an advertising agency; and OnePlus, a mobile technology company and smartphone manufacturer.

Contently was represented in the transaction by Freddie Fackelmayer, Anthony Dattoma, and Zach Breit of CBRE. EQ Office was represented in-house by Silverstein, as well as by Zachary Price, Michael Rizzo, Jeffrey Fischer, and Caroline Merck of CBRE.