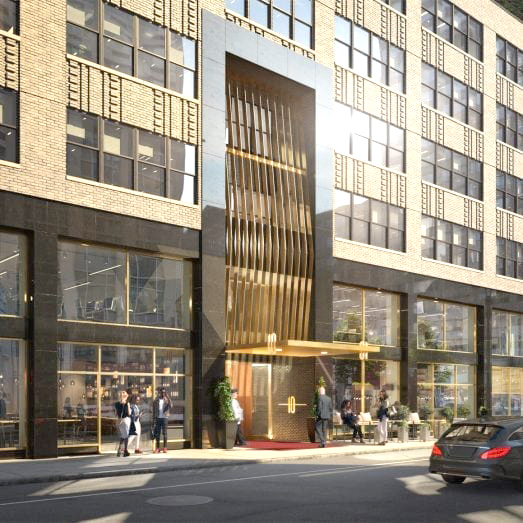 Savills Studley completed a 52,000 S/F transaction for the Association of National Advertisers (ANA).

Founded in 1910, the ANA’s membership includes more than 1,850 companies with 20,000 brands that engage almost 100,000 industry professionals and collectively spend or support more than $400 billion in marketing and advertising annually.

Following an analysis of relocation options, a Savills Studley team of Vice Chairmen Jeffrey Peck, Daniel Horowitz and Kurt Handschumacher developed a solution that would allow the ANA to move within 10 Grand Central.

The team negotiated for the ANA to vacate floors 23 and 32 through 35, and expand to the entire fourth floor and a portion of the third floor. The ANA will keep its space on the eighth and second floors.

The ANA’s new space is accessible within the same elevator bank, as is the building’s brand new amenity center on the 7th floor. The ANA expanded the terms of their existing lease to be coterminous with the 15-year term of the new floors.

“Leveraging 10 Grand Central’s successful repositioning and the ANA’s status as the largest tenant in the building, we were able to work with Marx Realty to devise a complex reshuffling of the ANA’s footprint,” said Peck.
Added Horowitz: “The ANA is expanding and reconfiguring its space without any increase in its real estate spend, and will benefit from a significant increase in efficiency and productivity due to its staff being closer together and on larger floorplates. The landlord can now market the top floors in the building as part of its new pre-built office suite program.”

Craig Deitelzweig, president and CEO of Marx Realty, stated: “The objective of the 10 Grand Central repositioning was to attract and retain quality tenants like ANA. We are delighted that the boutique hotel-style office experience has resonated in such a meaningful way.”

The firm has developed a hospitality-infused reimagining of the historic Ely Jacques Kahn-designed building which includes an amenity package consisting of a 7,500 s/f indoor/outdoor lounge, terrace and conference space.

Marx Realty was represented by Howard Hersch, Sam Seiler and Cynthia Wasserberger of JLL. Asking rents in the building range from $72-97 per square foot.