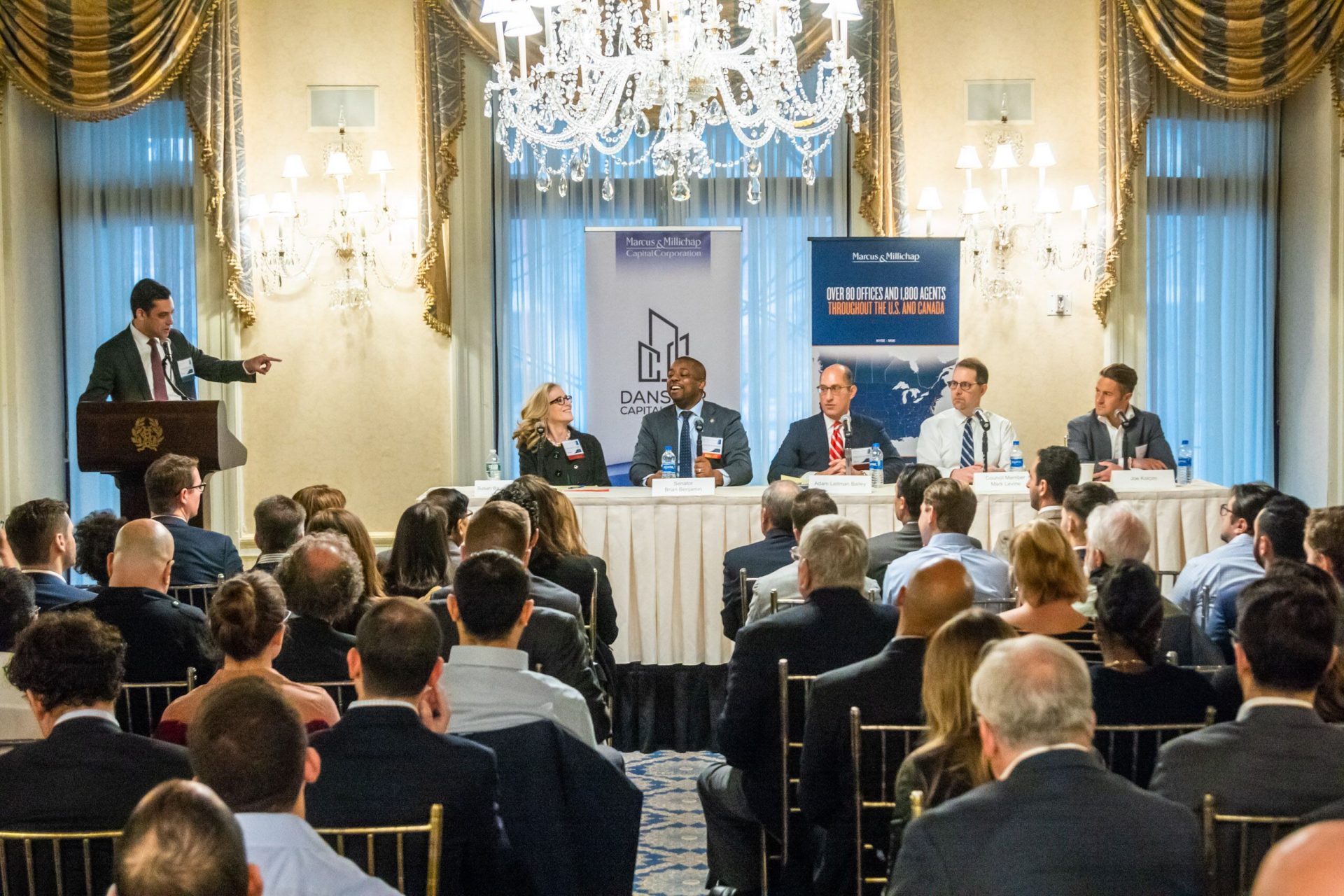 Landlords are rethinking their business plans as the city moves to rewrite rules regarding New York rent laws.

“The small landlords cannot keep up with all the regulations. What’s going to happen is Blackstone is going to buy the whole city.”

Riney was speaking during a seminar on the ongoing debate over rent regulation reform hosted by the Dansker Capital Group at
Marcus & Millichap. Democratic lawmakers have expressed their intentions to remove and modify parts of the rent laws that they believe are targeting vulnerable tenants.

The proposals touch on mechanisms that state Democrats say are employed by abusive landlords, like major capital improvements (MCIs) and individual apartment improvements (IAIs) where landlords can increase rent due to improvements or renovations to a certain apartment or entire building.

Vacancy decontrol, where landlords can increase an apartment’s rent when a tenant leaves, is another issue Democrats say opens the possibility of the apartment becoming market-rate if it passes the threshold for rent payment.

Proposed changes also include preferential rents, where landlords offer tenants a rent that’s lower than the legal maximum, but can end that agreement and charge the maximum whenever the tenant renews or leaves.

Riney told the seminar that the new proposals have landlords worried about their returns and warned that, if they are approved, more tax relief is needed for landlords.

Panelist Susan Baumel-Cornicello, a partner at Cornicello & Tendler LLP, said landlords need incentives like MCIs and IAIs to keep up with the expected costs of maintaining their building.

“If an owner is spending 60 percent of a rental income on taxes, insurance, utilities, even before debt service and now you’re taking away IAIs and MCIs, where is an owner supposed to go?”she asked.

Attorney Adam Leitman Bailey added that the MCIs and IAIs are providing jobs and salaries to middle-class workers. While he favored the renewal of the current rent regulations in June, he proposed other avenues to explore to address housing issues.

“We need to build more housing and we need people making more money,” Bailey said. “Why we have laws that are anti-business, anti-landlord and constricting development make no sense to me.”

Bailey added that rents should continue increasing like they have in the past decades and that MCIs and IAIs should remain as they offer jobs to those who need them.

But for Councilmember Mark Levine, another panelist, the current laws have left too many loopholes for bad actor landlords.

“You can just rapidly cycle through tenants and keep pumping up the vacancy bonus, which undermines the spirit of the law,” Levine said. “There’s work we need to do to create fairer rules around this that protect vulnerable tenants.”

While most of those within the real estate industry said the proposed changes are too heavy-handed and would cripple property owners, State Senator Brian Benjamin said that there would be discussions and work to be done that would help both sides arrive to a middle ground.

“My main concerns are that I don’t want to create an environment where landlords are not incentivized to invest in properties,” said Benjamin. “But I also don’t want financial incentives for landlords to push people out of their own homes.”