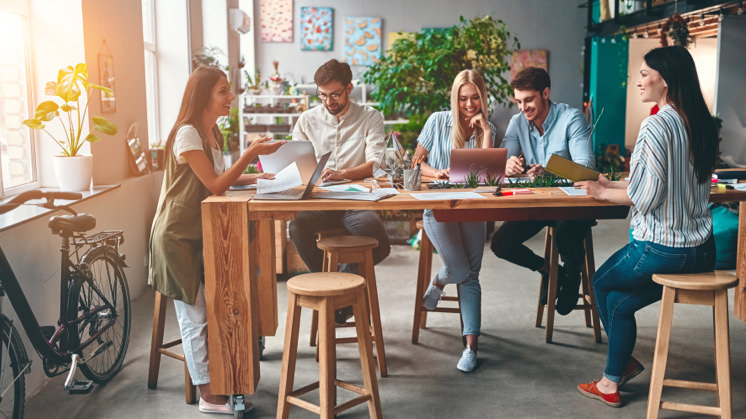 Leading indicators point to continued demand from coliving’s young, target demographic despite the ongoing crisis, according to Cushman & Wakefield’s new report on the sector, Coliving During Covid-19. In turn, this further piques investors’ interest as coliving grows and scales, the report indicates.

Coliving is a multifamily model where residents share the common areas of units such as living rooms and kitchens while retaining their private personal spaces. Coliving, which also includes microunits in certain markets,  occupies a unique position in the multifamily ecosystem by offering Class A quality builds and locations with the affordability of workforce housing.

From March to August, coliving rents and occupancy have declined in line with declines in conventional Class A urban assets – 9.4% for coliving rents and 11.7% for Class A studio rents in gateway markets. Coliving assets continued to maintain a 23.2% rent per square foot (psf) premium over the average of Class A studio rents PSF in comparable markets through the third quarter. Meanwhile, in the past two months, leasing metrics for coliving assets rebounded and exceeded pre-COVID rates due to continued depth of demand relative to supply. Rent collections for coliving have exceeded performance of both multifamily generally and Class A comparable product in comparable markets.

“The sustained strength of coliving through the current pandemic can be attributed to what our customers have been saying for years. A home needs to provide a sense of community and add value to everyday life,” said Noah Gottlieb, CEO of The X Company. “If owners can continue to deliver on that promise, coliving will continue to be successful agnostic of market conditions.”

Young, single professionals early in their careers consider the benefits of coliving in gateway markets as they seek a return to even a small sense of normalcy.  Prior to the COVID-19 crisis, coliving provided a 30% industry average discount to gross housing costs for renters on a per-lease basis while increasing NOI for asset owners by an industry average of 15% through higher densities.

As the economy recovers, affordable rents will be a key value-add for renters still attracted to urban submarkets. As demand for amenity-rich urban submarkets continues to rebound, coliving assets will benefit from the overall improvement in demand further supported by their competitive niche positioning in the rental ecosystem.

“As an early mover in the coliving space, we understood from the beginning that demand for synthetically affordable housing in urban environments was going to do nothing but escalate,” said Bob Kennedy, a Partner in coliving investor Six Peak Capital. “Our coliving members might come for the cost, but they stay for the community and convenience.”

By the end of Q2 2020, there were nearly 8,000 institutionally operated coliving beds across a dozen markets with over 54,000 beds in various stages of evaluation and development, according to Cushman & Wakefield’s coliving report.

The existing inventory of assets has been concentrated in the top urban submarkets of New York, Los Angeles, Chicago, the San Francisco Bay Area, Washington, DC, Southern Florida, Boston and Seattle. Many of these major markets have high competition for sites and regulatory hurdles affecting all multifamily development. These challenges are driving coliving developers to widen the search for new opportunities, including lighter-regulatory markets primarily in the Sunbelt. Markets that fall under this secondary wave of coliving development include Atlanta, Denver, Austin, Houston, Tampa, Salt Lake City, Raleigh-Durham and Phoenix. Additionally, interest in Toronto has also grown for coliving projects.

What’s more, the sector is evolving, and the report indicates a shift towards management agreements over master leases among coliving operators, often incorporating conventional units and micro-units into unit mixes. In time, we are likely to see the growth in private label coliving offerings from conventional multifamily operators and owners.

“While coliving is likely to remain a relatively small percentage of the overall rental market, considerable opportunity for growth remains,” said Susan Tjarksen, Cushman & Wakefield Managing Director. “As with coworking, we are likely to see some versions of coliving becoming integrated into conventional concepts. All of which is to say that the road is open for coliving to continue growing into an established part of the multifamily market ecosystem and one that has a place in diversified portfolios.”