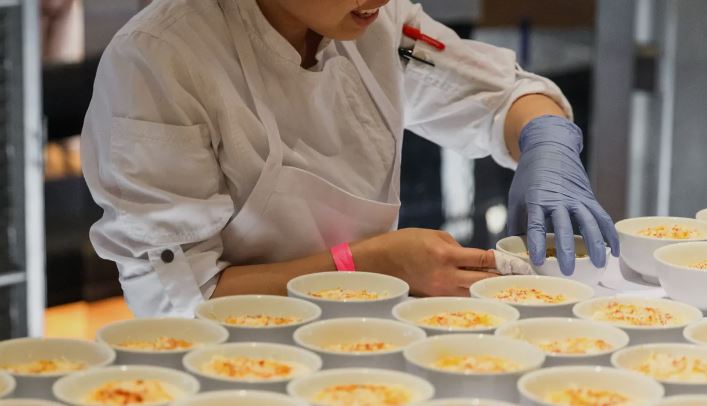 Union Square Events will occupy space at 147 41st Street in the Spring of 2021 where it plans to scale up corporate dining, sports and leisure, special events and co-packing partnerships.

The hospitality company is partnering with Gensler Design to customize the new space to house a commissary operation designed by its culinary team that will feature a dedicated client tasting room with its own kitchen, allowing for client collaborations. Additional features will include a 120-seat family meal room, which transforms into an auditorium designed to improve the quality of daily life for USE’s most important asset: its team members.

USE is also developing an incubator program that will support burgeoning entrepreneurs in the food space with commissary kitchen space and coaching from executives at both Union Square Events and Union Square Hospitality Group.

This announcement brings the total square footage leased since March at Industry City to nearly 500,000.

Over the past six years, Industry City has invested over $450 million into the property and leased more than three million square feet of space. During this period, businesses based at the property have collectively grown by an average of 100 jobs per month, more than tripling from 1,900 jobs in 2013 to 8,500 jobs today.