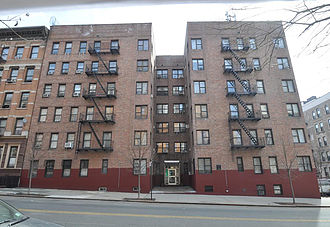 During the first quarter of 2018, our New York real estate market has both soared and stalled.

While there has been a clear uptick in the number of signed contracts for the $5 million and up market, the market between $2 million and $5 million, which is the bread and butter of most successful New York City agents, shows signs of slowing.

And there has been no such thing as an easy deal.

Every contract point, no matter how small, provides opportunity for haggling. Prices are being heavily negotiated if they are even a little bit out of whack, and each day brings dozens of price reduction e-mails into my inbox.

January began with the cloud of the recent tax changes, most particularly the loss of the SALT deduction, hanging heavily over all segments of our market. Transaction volume languished, as it had throughout December.

Then February saw acceptance of the change, and the way it became incorporated into buyer thinking. Bonuses were mostly strong, the economy looked steady both nationally and globally, so sales ticked up in all categories, though with no change in the acute price sensitivity buyers have shown in order to sign on the dotted line.

The only part of the city which has seemed somewhat immune to this trend is Brooklyn, especially those areas further south and east which are not yet fully priced.

One of my agents recently participated in a competitive bidding situation for a two-family house in Sunset Park; although he bid the (rather full) asking price, he was one of the lowest of the 14 offers which came in for the property.

We don’t see that in Manhattan these days.

At the same time, the supertall, super-expensive condominium at 432 Park is almost completely sold out.

Little by little, the $20 million (or more) penthouses which abound in the marketplace south of 14th Street are being absorbed, albeit at prices well below their original, aspirational numbers.

A few Russians have reappeared as buyers, and we continue to see a strong presence from both China and Korea. That said, the primary purchasers of expensive apartments, both co-op and condo, remain American.

Each year, the dominant role which co-operative apartments play in our marketplace diminishes. Our industry continues to struggle with irrational requests and turndowns from co-op Boards of Directors, who can impose unreasonably high standards for financial liquidity and inappropriate levels of inquiry into personal affairs on purchasers.

In this environment, the appeal of spanking new condominium properties which are easy to buy and ready to inhabit grows ever greater.

The price per square foot and overall price point disparity between co-op and condominium ownership increases annually for precisely this reason.

While supply is declining because there are more sales than new listings overall, several slices of the market struggled this past quarter with oversupply.

There are too many one and two bedroom condos available in Tribeca; that market will require an overall price reduction to bring buyer and seller perspectives back into alignment.

The same thing is happening with the six to nine room market on the Upper East Side. While there is less inventory there than in Tribeca, many of these apartments linger six months (and a price reduction or two) before finding a buyer. Some stay available a year or more.

March has presented the market with its next challenge: the Facebook effect.

As questions about cybersecurity and the effect of Russian hacking on our Presidential election swirl more openly about us, tech stocks have led the overall stock market substantially downward. Once again, buyers feel spooked by the fear that they don’t know what will happen next.

So what do we anticipate for the upcoming quarter? Economic fundamentals remain sound, even as the bull market in stocks may be wearing thin and political uncertainty and confusion remain the norm in Washington.

I don’t anticipate a huge flood of inventory marking the beginning of the spring market, although there will certainly be new property coming on. Much of that property will be “optimistically” priced by sellers or agents, and it will need to sit on the market a few months before a price reduction brings it to a number at which it is salable.

In the meantime sales should remain steady throughout April and May at roughly the same numbers on a price per square foot basis.

I see no evidence that prices are going up; if anything there is still slight downward pressure on value as some of the excess numbers of 2015 and early 2016 work their way out of the system.

As always, if it looks clean and uncluttered, if it’s painted white and priced right, it will sell.

DONE DEALS: A condo sold at a princely price