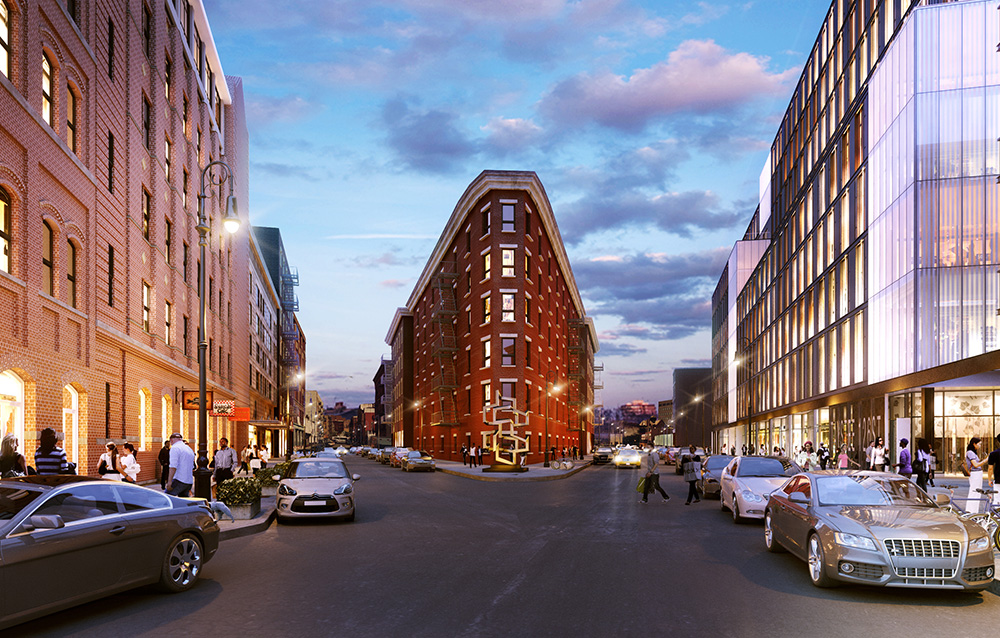 Plowshares Coffee Roasters relocated its headquarters and operations from Hillburn, New York in Rockland County to the Manhattanville Factory District in West Harlem.

The 3,600 s/f space, located at 1351 Amsterdam Avenue between West 125th and 126th Streets, will open soon and includes over 1,100 s/f for retail customers with seating and community space nearby a refurbished 1940s vintage KiloProbat roasting operation and espresso lab. The wood used in the cafe was repurposed from the Malt House development across the street.

“Plowshares is extremely excited to extend the same friendly service and quality coffee to West Harlem as it has offered on Broadway and 105th Street,” said Mr. Kurutz’ wife Vivian, who founded the Harlem Wellness Center in 2004 and has a strong connection to the neighborhood.

Jerry Salama, principal of The Janus Property Company, developer of the Manhattanville Factory District, said Plowshares is a wonderful addition to the neighborhood, which includes the Sweets and Mink Buildings, as well as the 200,000 rsf Malt House and 350,000 rsf Taystee Building, both now under construction and scheduled for completion in 2019 and 2020, respectively.

“We are thrilled that interest in our projects and this neighborhood is accelerating, as we serve local groups and those new to the neighborhood that are looking for quality space and services at a fair price.  “The new space is so beautiful and inviting, and its owners are local! Plowshares will certainly be the new clubhouse where everyone in the neighborhood will gather.”

The neighborhood’s transformation from industrial warehouses into world-class art galleries, studios and tech hubs along with Columbia University’s $7 billion expansion were among the many reasons Plowshares CEO, Anthony Kurutz, decided to make the move uptown.

“West Harlem is a tremendous opportunity and makes sense on so many levels,” said Mr. Kurutz. “It allows us to not only better serve new and existing wholesale customers throughout the New York City area, but also to efficiently expand our brand and retail presence in one of New York’s most dynamic and welcoming neighborhoods.”

Seth Kessler and Ian Rice of the Shopping Center Group, represent the property owners for retail deals within the Manhattanville Factory District.

“They don’t want a Midtown feel in Harlem, they wanted to keep this project as original and Harlem-centric as it can be,” Kessler said of the owners. “Plowshares is going to be a great center of the community for this project. It’s new, but it’s a shout-out to the originality of the factory district.”

Co-working is getting old; What’s next?