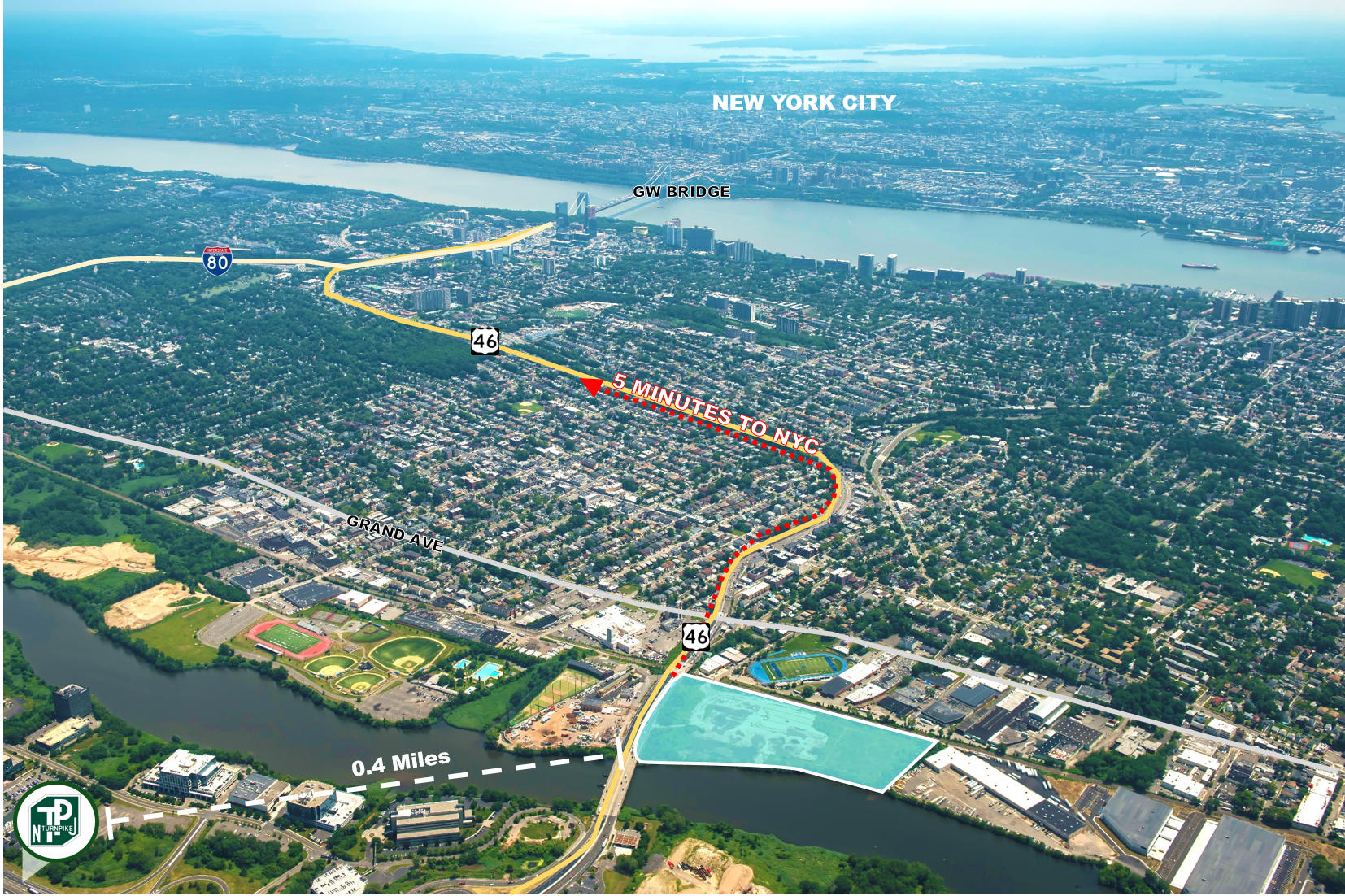 The Pfister Site on Route 46, at 18.73 acres one of Bergen County’s largest remaining development parcels, is finalizing its environmental remediation program and is being offered for sale, announced Dr. James Bendelius, president of Pfister Chemical.

Bordering the eastern shore of Overpeck Creek, the property was home to the Pfister Chemical factory from the 1930s through the 1990s.

“As the owner of the site for more than 85 years, it is extremely gratifying to arrive at a point where it is ready to transition to its next use,” said Bendelius, whose great-grandfather Alfred purchased the site to expand his thriving chemical business.

The site’s 17 current “as-of-right uses,” including industrial, warehouse, retail, office and a variety of public space uses, were prospectively expanded recently when the Borough of Ridgefield declared it an “area in need of redevelopment.”
“Less than a half-mile from the New Jersey Turnpike and only four miles from the George Washington Bridge, the Pfister Site is the most exciting real estate opportunity in Bergen County,” said Steven Schultz, Executive Managing Director of Newmark Knight Frank, whose exclusive brokerage team for the property includes managing director Brian Schulz and executive managing director Kevin Welsh.

Welsh believes the demand for e-commerce, fulfillment, food distribution and other New York City service space is virtually insatiable, with current vacancy rates in the Meadowlands sub-market below four percent.

“The combination of intense requirements for modern industrial buildings with 32 ft. height clearance and the lack of land to supply them has resulted in tremendous velocity in the warehouse market,” said Brian Schulz.

“In particular, the Meadowlands industrial sector is incredibly hot right now and even among the best located sites, this tract minimizes delivery times to New York City. Recent speculative developments have been leased before completion and other build-to-suit users have gobbled up sites throughout the Meadowlands region.”

Steven Schultz noted that the robust housing market and other inherent attributes of the site, including that plans call for a Bergen-Hudson Light Rail stop at the property, may lead imaginative developers to envision other possibilities for the site.