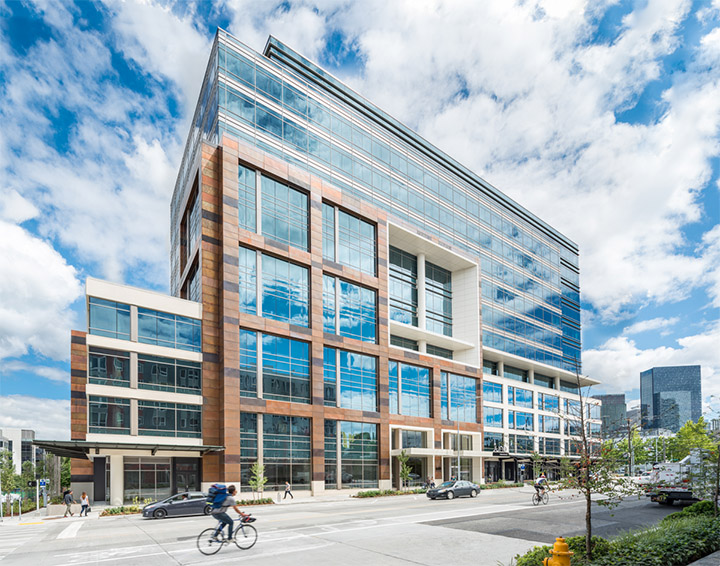 The deal values 400 Dexter at $364 million and represents the second highest price per square foot paid for a life science asset in Seattle’s history.

It is the second joint venture the pair have completed in the Seattle life science sector in recent months after partnering to acquire a $450 million Puget Sound campus in December 2020.

“This transaction marks another strong data point reflective of the current demand for core life science product in Seattle,” said Kevin Shannon, co-head of U.S. Capital Markets at Newmark and part of the team that arranged the off-market partial interest sale on behalf of Alexandria.

“Life science fundamentals are faring better than the overall office fundamentals with rents that are now ranging from $65 to $80 NNN annually, which allowed us to achieve record setting pricing for the Puget Sound marketplace.”

The life science market in Seattle, which is concentrated in the Lake Union submarket and measures roughly six million square feet of inventory, has exceeded the performance of the overall market by a wide margin.

Overall vacancy among Seattle life science buildings was less than 4 percent in the second quarter, and new inventory is virtually impossible to find, putting strong upward pressure on asking rents, according to Newmark Research. Seattle has ranked among the strongest real estate markets in the country in recent years.

Apple set to open first store in The Bronx