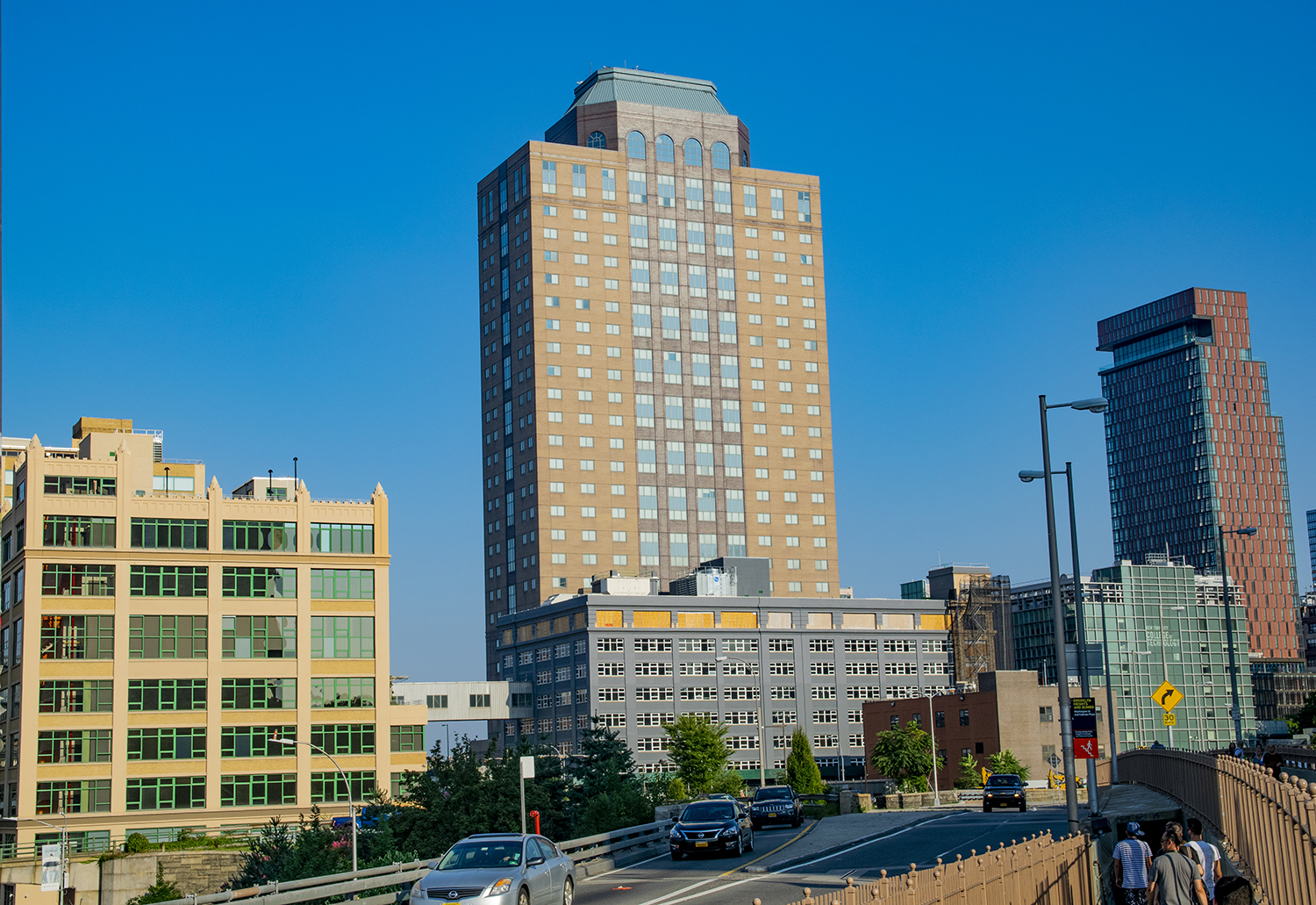 A former Watchtower hotel property in DUMBO is set to be transformed into a 508-unit affordable apartment property.

The non-profit will convert the former residential hotel building into 100 percent affordable and supportive apartments, bringing an affordable solution to one of New York City’s most desirable and expensive neighborhoods. 90 Sands will bring 508 units with rents starting as low as $492 per month for a studio, along with approximately 30,000 s/f of community facility or commercial space, and a newly activated public plaza to enliven the area and welcome the community.

“With the City Council’s approval of Breaking Ground’s ULURP application for 90 Sands, we are on our way to bringing 500 much-needed affordable units to DUMBO, one of the most expensive neighborhoods in the borough. We are especially grateful for the leadership of Speaker Corey Johnson and Council Members Stephen Levin and Rafael Salamanca in championing the development of new supportive housing for the most vulnerable New Yorkers.”

The Center for Urban Community Services (CUCS) will provide onsite social services to residents of 90 Sands. Breaking Ground and CUCS have a longstanding partnership and 90 Sands marks their 10th building together to provide housing and onsite supports for formerly homeless individuals and families. Services will include case management, primary medical care, mental health services, employment readiness guidance, and benefits counseling, among others.

Of the 508 apartments at 90 Sands, 203 will be affordable to a wide range of New Yorkers, from extremely low income to moderate-income households. 305 units will be for formerly homeless individuals. The building will feature a 24-hour attended lobby, security camera system throughout, multipurpose room for community events and meetings, a digital library, a fitness room, and plaza space for public use. Breaking Ground seeks to bring in community-serving uses for community facility and commercial spaces on the lower levels.

90 Sands was previously a residential hotel operated by the Watchtower Bible and Tract Society until August 2017, and Breaking Ground purchased the hotel in August 2018. Breaking Ground began in the early 1990s by converting two large historic Manhattan hotels into stable affordable and supportive housing, including the Prince George residence (415 units) in NoMad and the Times Square residence (650 units) at 43rd Street and Eighth Avenue.

“Creating stable and secure homes for vulnerable communities during this national wide emergency goes to the heart of our work,” said Louise Carroll, Commissioner of the New York City Department of Housing Preservation and Development. “We are breathing new life into this landmark building providing hundreds of new affordable housing units for working class people and others who have beat homelessness. I thank our partners at Breaking Ground, the Center for Urban Community Services and the City Council for remaining committed to the city’s affordable housing goals. With the housing we are building now, we’re laying the foundation to help people when they need it most. We’re proud of the work they are doing.”

FRIDAY FUN: Our weekly peek at your home offices