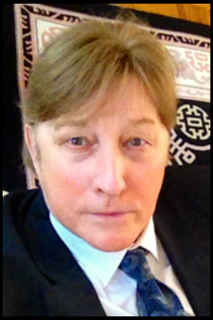 Friedland Realty’s Gene Meer represented Citizen Watch Co. in the lease for 1,300 s/f on the Times Square corner of the building owned by Tamares Corporation.

CBRE is the agent for the building and the company represented Zapco 1500 Investment L.P., the landlord at of 1500 Broadway, Manhattan.

“We are proud that Citizen Watch Company chose 1500 Broadway for its flagship Times Square store,” said LaPierre. “The incredible amount of foot traffic from tourists, neighborhood workers and other New Yorkers contributes to the enormous value of this particular location, along with unmatched mass transit and the area’s increasing appeal as a prime retail destination.”

“The timing was perfect for the global watch giant to make its footprint in the bustling city center,” said Meer, who leads the Manhattan satellite office of NAI Friedland Realty.

“Adjacent to the annual New Year’s Eve ball drop and the newly-opened pedestrian mall, visibility of the Citizen brand will help to heighten the company’s international and domestic audience.”

The Real Estate Board of New York’s Spring Report estimates the average asking rental price per square foot for locations within Times Square are around $2,407.

The  space was originally part of the lobby of 1500 Broadway, a 500,000 s/f office and retail tower purchased by Tamares in 1995. Since then, the owner has “invested significant capital” in the building, according to its website. Tenants include Disney, NASDAQ and a Starbucks that generates one of the highest sales per square foot in the world.

“Times Square is the only seven-days-a-week, late-night shopping experience in Manhattan,” Meer said. “It was paramount for me to place my customer in the most highly pedestrian trafficked street in the world, giving instant visible presence.”

Meer has placed many of the world’s top corporate and luxury brands’ flagship stores across New York City over his 30-plus year career in retail including A/X, Armani, Bice, Chanel, Chopard, Mikimoto, Roberto Cavalli, David Yurman, and Valentino.