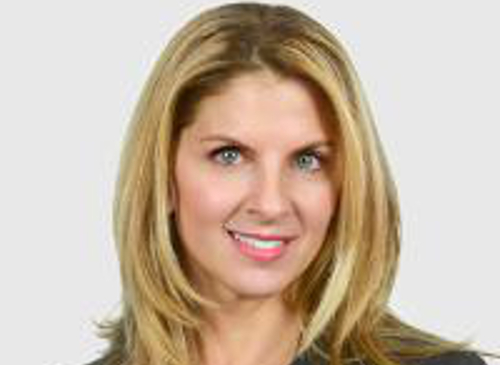 Many real estate brokers come to the industry after a career in a different field, but for Citi Habitats’ Jodi Stasse, real estate was her first choice.

It’s something that’s always been in her blood. Her mother still likes to tell the story of how as a child, Stasse would build Lincoln Log houses and then attempt to sell them to her brother.

“I think I’ve always understood from a young age the importance of a home,” Stasse told Broker’s Weekly. “I always like the thought of putting people and places together and have always been focused on the sales side of the business.”

At 18, Stasse got her real estate license and started working in the construction office of a  development company in her native New Jersey. It was there she got her first introduction to how real estate gets built, from start to finish.

“There’s this whole team of people behind the scenes for a couple years designing how someone’s going to live their life,” she said. “The decisions made during the process are so important. I fell in love with that idea, that you can take a piece of land and create something super special there.”

In 1998, Stasse launched her own firm, Stasse & Co., specializing in marketing, leasing, and sales of real estate properties. Though based in New York City, Stasse traveled across the country for projects in several states, mostly in urban areas, on both single and multi-family projects.

When the market changed in 2009 following the financial collapse, she focused on working with development companies to reposition assets, and ended up working on several properties on the New Jersey waterfront. It was through these projects that she met Corcoran Sunshine chief Kelly Mack, who then introduced her to Citi Habitats president Gary Malin. It was around this time that Malin was considering relaunching the firm’s new development division, and after meeting with Stasse, he asked her to head up the launch.

“At that time, I had loved what I was doing, I loved the account side,” said Stasse. “This was an opportunity to work in the greatest city in the world and with a company I had a lot of respect for, helping these developers figure out what to build, where to build, and who’s going to live there.”

Stasse accepted Malin’s offer, and joined Citi Habitats four years ago. When she first joined, she was the sole person in the department, but has since built a team of project managers, marketing managers, research managers and operations managers. She called her new development division one of the largest in New York City, especially on the rental side.

“I have an entrepreneurial spirit and I love that I can manage in this company and position us for growth,” she said.

She has an onsite team of 20 associates out in the field working on several buildings where the company is currently heading up leasing, sales and marketing. The buildings include JDS’ American Copper Buildings and Oriana in Midtown East, Jackson Park and Packard Square West in Long Island City, The Greenpoint, and 685 First Avenue.

Now with two decades of experience in new development, one of the things Stasse has found is that when it comes to amenities and details, don’t always default to current trends or what has worked for everyone else.

“It’s not a matter of checking the boxes, it’s about analyzing the end user and finding what makes sense for them and building a package,” she said. Many developers have been drawn to include what Stasse calls “decompression services” – amenities geared toward health and wellness, like spas, massage services, and comprehensive fitness centers.

There has also been an increased focus on how common spaces are built and used by residents. With many renters new to the city, development teams look at ways to encourage social interaction with residents, by including co-working spaces and lounges.

With construction in New York City often facing many obstacles and a timeline that can can stretch into several years, Stasse said the final outcome is always impressive.

“I’m always so surprised at how what we initially imagine, is actually exactly what it needs to be — three or four years later,” she said. “The design happens so far in advance to when it’s actually built, so I’m surprised at how absolutely perfect it is when it’s here and positioned in the market.”

She credited developers for being one step ahead of the game, and knowing what New Yorkers want and need, even when it’s two or three years out. “I feel like they’re almost predicting the future,” she said.

After all the hard work leading up to actually breaking ground on a project, Stasse’s favorite part of her job is finally getting to step inside an actual building.

“I love to see these buildings rise out of the ground,” said Stasse. “There’s nothing like walking into a structure that’s going up after only looking at it on paper. Watching a building come to life is the most exciting thing.”