ToJoy Holding Company, a Beijing-based venture capital firm, signed a lease for the entire 10th floor at 145 East 57th Street. The nearly 4,400-square-foot space is the company’s first foray into the US.

The buyer was represented by ABS Partners Real Estate and the building’s leasing is being led by ABS’ John Brod, Robert Finkelstein and Alex Kaskel. Connie Lu from Keller Williams represented ToJoy.

“We are pleased to welcome ToJoy to 145 East 57 th Street,” Brod said. “They have a tremendous pedigree in the financial arena and will perfectly complement our existing roster of top tier tenants. We will continue to bring custom-designed spaces with the highest end finishes to the market.”

ToJoy is known for being the largest franchise business accelerator platforms in China and operates 48 wholly and majority owned subsidiaries across 31 provinces in China and has invested in over 100 joint-venture companies. 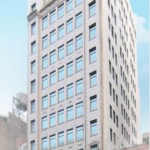 ToJoy’s lease follows shortly after another recent deal at 145 East 57th Street where private equity firm Speyside Equity signed a 2,650-square-foot for the penthouse level.  The 12-story building hosts 64,000 square feet of office space along East 57th Street between Lexington and Third Avenues, in an area known as Billionaires’ Row for its ultra-luxury buildings.