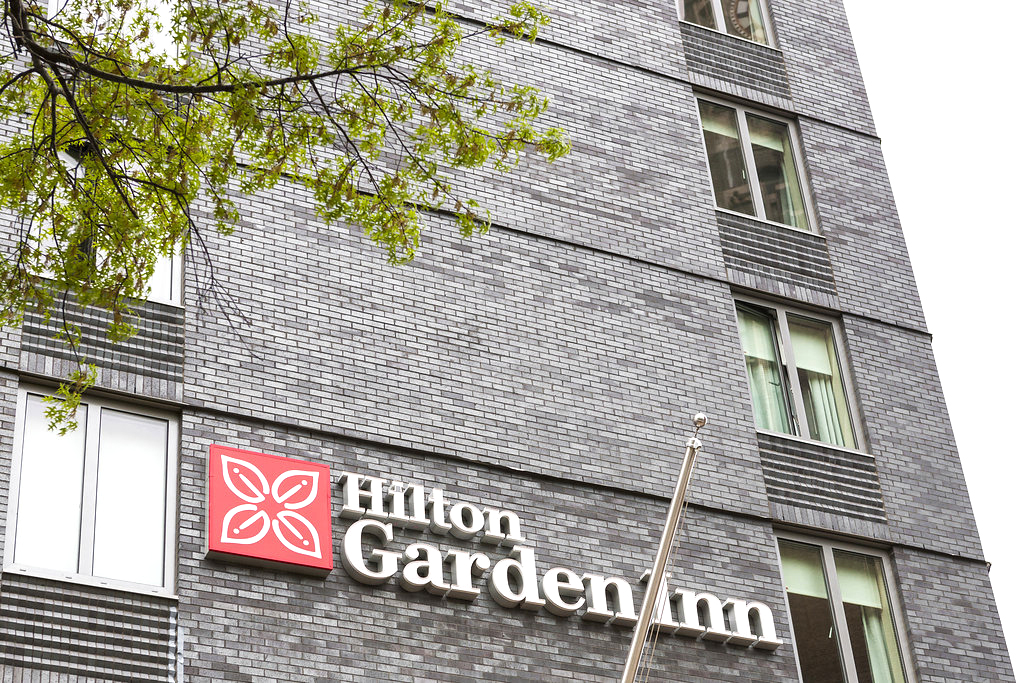 Lightstone has purchased the Hilton Garden Inn on 41st Avenue for $60 million from a group headed by Sagamore Capital.
Western Bank Alliance issued a $35 million mortgage for the purchase of the property, according to city records.
Located on Queens Plaza, the 16-story hotel opened in 2015 and is just a few blocks away from Lightstone’s recently-constructed 428-unit luxury ARC development in Long Island City’s Dutch Kills section. It’s also a short distance from the Gantry Park Landing on the neighborhood’s waterfront.
The 183-key Hilton Garden Inn joins the company’s already robust hospitality portfolio, which totals nearly 4,000 rooms spread throughout 29 hotels in 19 states.
“We’re investing in growing our hospitality portfolio at all levels where we see value, and we see high potential in growing, transit accessible areas like Long Island City,” Lightstone president Mitchell Hochberg said.
“The Hilton Garden Inn is situated not only in a convenient location just 10 minutes from Midtown Manhattan, but also in a thriving creative neighborhood packed with culture, bars, restaurants, and globally connected businesses. It’s become a destination all in its own.”

Silvershore Properties has closed on a record Crown Heights deal.
The company sold the 53-unit 283 Albany Avenue to New Jersey based Shamco Management for $20.1 million.
The price reflects a gross rent multiple of 15 times, or $379,000 per unit and is one of the highest prices per unit ever achieved for a comparable property in this section of Crown Heights, according to broker Marcel Fridman, president of Barcel Group
Fridman represented both the seller and the buyer of the property, which was built in 1941 and includes a cell tower.

Rybak Development Group has purchased the former Lucky Chengʼs drag caberet building in the East Village for $12.25 million.
EPIC Commercial Realty brokered the sale of the the L-shaped assemblage at 24 1stAvenue and 99 East 2nd Street.
The assemblage offers 20,000 buildable square feet and it can be developed with or without the inclusionary housing air rights providing between 19,000 and 22,000 s/f, according to Shay Zach, senior associate broker at Epic who brokered the trade.
Zach brought the deal to contract within 10 days after a failed auction effort by seller, Uri Marrache of Carmar Development earlier this year.

Meridian Investment Sales sold a newly renovated commercial building in Coney Island for $23 million.
David Schechtman and Rich Velotta represented the seller and procured the buyer of 2857 West 8th Street in the West Brighton neighborhood.
The two-story commercial property is 52,302 s/f and is fully leased to a variety of tenants, including New York City Human Resources Administration, Blink Fitness, Dollar Tree, and New York University Langone. Verizon also has a cell and GPS tower located on the roof.
“The asset was entirely renovated and provides the buyer with an essentially brand new, institutional quality commercial asset at a competitive cap rate with stable and consistent rent growth,” said Velotta.

TerraCRG announced the sale of 103-111 Smith Street in Boerum Hill for $15 million.
Adam Hess, Edward Setton, Aaron Birns and Cameron Parsa closed the deal at $756 psf, representing a 3.3 percent cap rate and 19 times GRM.
The four-story building is comprised of 24 residential units and four commercial units. This deal also included a corner 1,600 s/f parking lot.
“This building represented a great opportunity for the purchaser with significant upside in both the residential and commercial income. The metrics of the sale are further testament to the continued strength of Brooklyn’s residential and retail markets,” said Hess, a partner at TerraCRG.

Marcus & Millichap announced the sale of West Bridge Associates Portfolio, a six-building package located on 151st street and 152nd streets between Broadway and Amsterdam, for $16,850,000.
The properties are entering their second phase of a 30-year Housing Presentation and Development regulatory agreement. There is approximately a $6 million Housing Preservation and Development loan outstanding.
Seth Glasser, Peter Von Der Ahe, Joe Koicim and Jacob Kahn, of Marcus & Millichap’s Manhattan office, represented the seller, a private investor, and procured the buyer, also a private investor.
“This was an affordable housing preservation deal.” said Glasser, “The buyer extended the existing regulatory agreements to maintain the preservation status.”

The New Jersey office of Lee & Associates announced the sale of 50-52 Fadem Road in Springfield, a modern, 207,000 s/f industrial facility on 10-plus acres.
Rick Marchisio, Crista Bartolomeo and Drew Maffey repped both sides in the $15.5 million deal. Tuli Blumenberg and Duvi Blumenberg were the buyers.
The building hosts a solid tenant roster, and is occupied by SAS Graphics/2XL Imaging and Ring Container.
Situated just off Route 22 in Springfield, the facility has tool free access to Port Newark. Ceiling heights range from 22 to 32 ft and the property has multiple loading docks and executive office space.

Brooklyn-based Hampshire Properties has closed on the $86 million purchase of 420 East 80th Street, a 13-story, 155-unit apartment building on the Upper East Side.
Marcus & Millichap brokered the sale on behalf of Equity Residential, which had owned the property since 2006 when it paid $62 million for the 112,204- rentable-square-foot building.
Built in 1961, 420 East 80th Street was purchased by Hampshire Properties after securing a $43 million mortgage from Signature Bank, according to city records.
“Our team targeted local New York buyers who would underwrite the property aggressively,” said Eric Michael Anton of Marcus & Millichap’s Manhattan office. “We pinpointed several value-add firms that were very enthusiastic about the potential upside and created a competitive bidding environment. ”

Urstadt Biddle Properties has acquired the Tanglewood Shopping Center in Yonkers, NY.
Tanglewood is a 27,000 s/f center consisting of two retail buildings. The primary building, which fronts Central Park Avenue, c is anchored by a new AutoZone. The secondary building consists of approximately 4,700 s/f and is tenanted by CKO Kickboxing, a nail salon and a market. The property is currently 100 percent leased.
Tanglewood was built in 1954 and expanded in 2005 when the prior owners acquired the adjacent shopping center (formerly known as the Crisfield Shopping Center) and integrated that property with Tanglewood.
The property is located at the intersection of Central Park Avenue and Crisfield Street in northeast Yonkers, between UBP’s two other Central Park Avenue Shopping Centers, the Midway and McLean Plaza. In addition, UBP’s Shoppes at Eastchester and Eastchester Plaza are both located within two miles.
James Aries, senior vice president of acquisitions, noted, “We are thrilled to have acquired Tanglewood – the culmination of a relationship with the owners that began over 15 years ago. Tanglewood is one of the first shopping centers in lower-NY, developed by Len Farber, a shopping center pioneer and a founding member of the ICSC trade organization. We are proud to be the recipient of its first and only trade. We continue to pursue shopping centers in suburban New York City with high barriers to entry.”

Talleyrand Apartments, a 300-unit multifamily community located in Tarrytown, N.Y., has been sold for $91 million.
CBRE announced that Jeffrey Dunne, Gene Pride and Eric Apfel represented the seller, a U.S.-based REIT, in the sale to an affiliate of The DSF Group.
“There was strong demand for the offering given the fantastic location in Tarrytown,” said Dunne. “The DSF Group will do very well with the asset, as they have a great track record of creating value with similar opportunities. Purchasing the Talleyrand Apartments is a logical expansion of their current Westchester portfolio.”
Josh Solomon, President of DSF, said, “We are excited to further expand our presence within the metro New York market, and we look forward to bringing our amenity-rich Halstead brand to Tarrytown.”