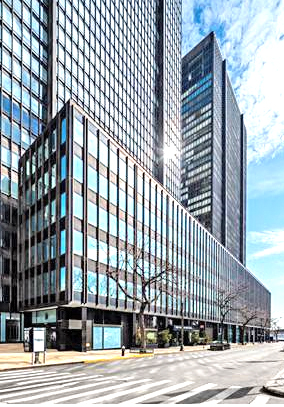 JLL has been retained by The Carlyle Group as the exclusive property manager for 866 United Nations Plaza.

The firm will provide a full range of property management services at the Class A, 471,000 s/f office condominium.

“We appreciate being chosen by The Carlyle Group to continue managing 866 United Nations Plaza,” said Palos.

“We were heavily involved in the previous owner’s conversion of the building into office condominiums, which are being marketed for sale. Located directly across from the United Nations, most of the existing tenants and previous condominium buyers are missions, consulates and non-government organizations.”

Constructed in 1968, the six-story 866 United Nations Plaza was designed by Harrison, Abramovitz & Harris, which also designed the master plan for the United Nations complex.

Carlyle Group purchased the office condo portion of the building for $218 million from Meadow Partnersearlier this year. The deal was for the unsold condos, which represents the majority of the 471,000 s/f of office condo space at the property.

The condos are at the base of the building with two residential co-op towers atop. Most office tenants at the property are foreign governments.

Rudder Property Group is exclusively handling the marketing and sales on behalf of The Carlyle Group.

TRANSACTIONS: New mortgages for the week of June 28