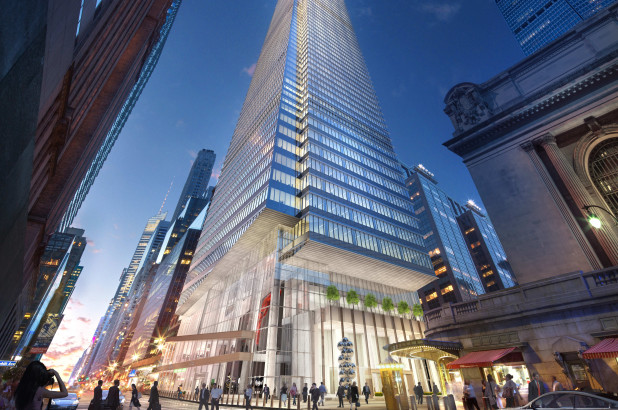 Carlyle Group expands to 130,000 s/f at One Vanderbilt

SL Green announced that global investment firm The Carlyle Group has expanded its 15-year lease at One Vanderbilt to occupy an additional 32,592 s/f across the entire 35th floor.

One Vanderbilt is now 54 percent leased ahead of its planned 2020 opening. Since breaking ground in 2016, the super structure has reached the 73rd floor, which is the tower’s top office floor below the planned observatory deck. Construction of the observatory deck will begin later this month. Other tenants previously announced at the building include TD Securities and TD Bank, law firms

Chef Daniel Boulud has partnered with SL Green to create a signature restaurant experience in the building.

Immediately adjacent to Grand Central Terminal, the building will create direct connections to the surrounding transit network. SL Green is investing an unprecedented $220 million in private funds to upgrade the transit system.