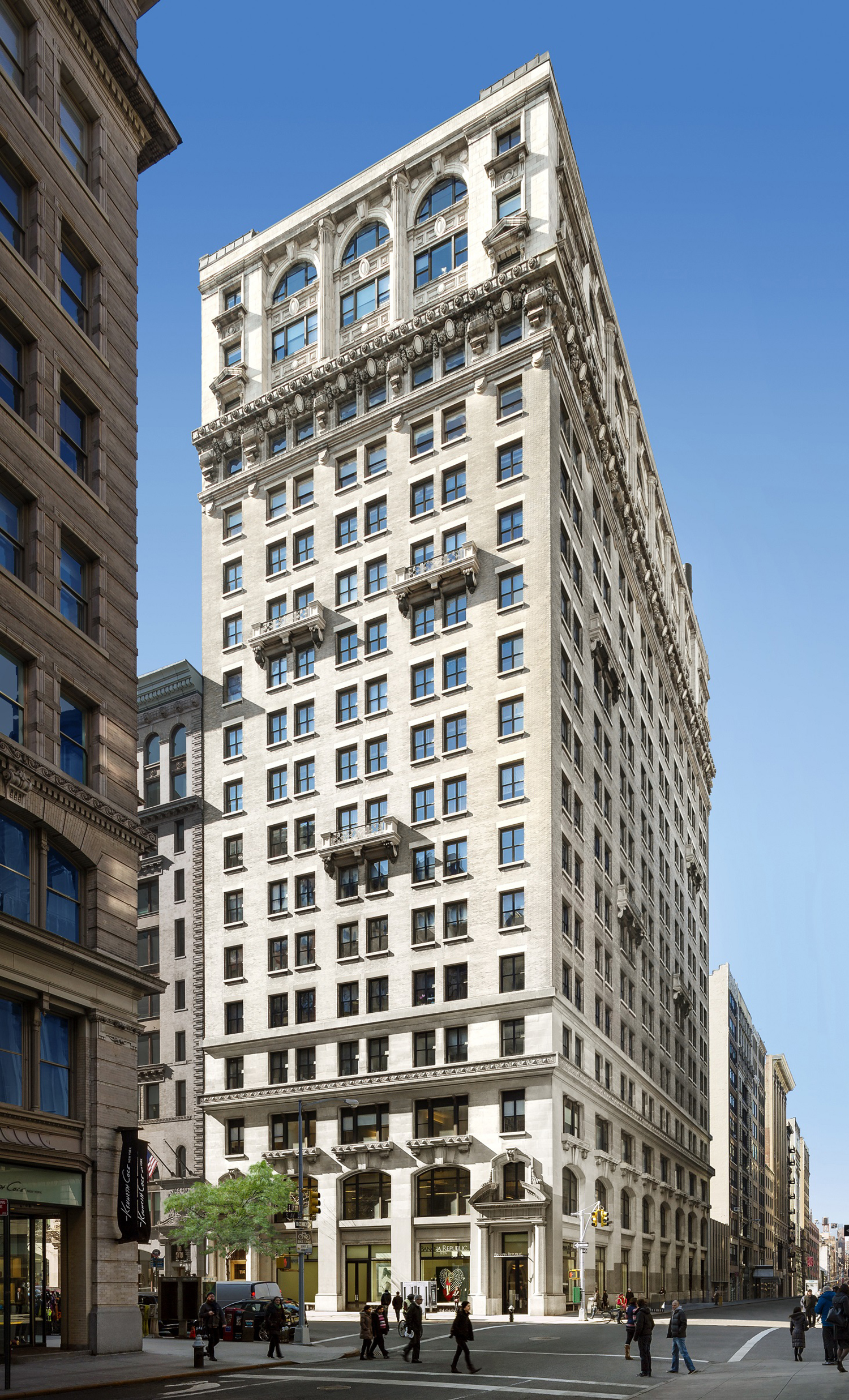 L&L Holding Company today announced that it has finalized an agreement with Capital One Bank to grow its offices at 114 Fifth Avenue to 116,926 square feet and extend its lease at the landmark Flatiron District office tower.

Owned by a joint venture of Columbia Property Trust, Allianz Real Estate and L&L Holding Company, which is leading the leasing efforts, 114 Fifth Avenue is fully occupied by a diverse tenant roster that features prominent names in the fintech industry, including Mastercard and Chainalysis.

From the time of its launch more than 25 years ago, Capital One revolutionized the credit card industry with data and technology.  Today, it ranks as the sixth-largest bank, committed to bringing ingenuity, simplicity and humanity to banking.  Its offices at 114 Fifth house its Capital One Lab.  The Lab was created to explore the intersection of emerging technology and finance to build innovative products, consumer experiences and engineer solutions that advance Capital One as a leader and better the lives of its customers.

“Capital One was one of the first companies to sign on at 114 Fifth Avenue at the conclusion of an extensive redevelopment program intended to foster an ideal environment for innovation and creativity,” said Mr. Berkey.  “We are thrilled to accommodate their continued expansion, which is indicative of the ongoing need among cutting-edge companies for top-quality workspaces in New York City’s most dynamic neighborhoods.”

Located on the corner of East 17th Street, 114 Fifth Avenue is surrounded by the Flatiron District’s diverse shops and hotels, vibrant restaurant scene and abundant mass transit.  Built in 1910 and redeveloped in 2014, the 19-story, 352,000-square-foot office tower’s exterior evokes its early 20th century roots while interior tenant spaces have been modernized to suit the demanding requirements of the technology, fashion, media and publishing companies that populate the area.  The tower features a sleek white marble lobby with vibrant artwork and an expansive roof deck with comfortable seating and striking views of the Manhattan skyline.