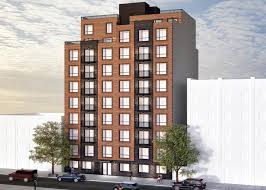 Bullish on the Bronx, UA Builders buys another development site

UA Builders is planning another new apartment development in the Bronx.

The company has just closed on the purchase of a development site on Villa Avenue directly across the street from its already-under-construction 3168 Villa Avenue, an eight-story, 44-unit apartment property the company is developing with Propco Holdings.

There is an MTA #4 train station a short walk away at the corner of Jerome Avenue and Bedford Park Boulevard offering a 40-minute commute to Grand Central Station.

UA was unavailable for comment, but Lala, a senior vice president at RM Friedland, said, “UA Builders are very bullish in the Bronx and are building market rate buildings throughout the borough, providing quality, affordable housing.”

Lala, who also brokered the sale of 3168 Villa in 2018, admitted he was reticent to jinx his luck, but admitted he has enjoyed a steady flow of deals during the coronavirus pandemic.

He currently has two other Bronx elevator buildings totaling 90 apartments in contract and is marketing a prime mixed-use building in Chelsea.

“I don’t want to jinx it,” he said, “but I think I needed to spread a little good news. My advice to everyone out there is never give up.

“Stay in touch, ask how people are doing, what kind of contingency plans they have in place. With current listings, I’m asking an owner to make an honest and tough business decision. Do you need to sell now, or can you hold off for three-to-six months. The truth will set them free.”

Picture top: Rendering of what the site can hold

Real estate industry continues to help in fight against COVID-19