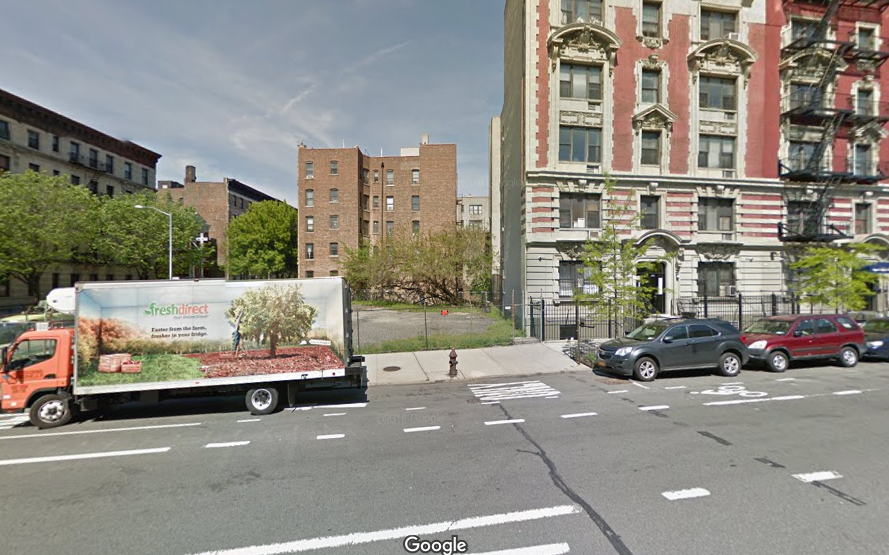 The lot, which was once owned by the Dance Theater of Harlem, was at the center of a deed restriction controversy. The lot had a deed restriction, which had been in effect since 1976, that only allowed the site to be used by a non-profit cultural organization. Last year, the Department of Citywide Administrative Services accepted $875,000 to lift the deed restriction. According to a previous New York Times report, BRP made a $10,000 contribution to one of Mayor Bill de Blasio’s political causes. The contributions were investigated by the Manhattan district attorney over possible election law violations.

The case, which came shortly after the uproar over the Rivington House scandal, spurred the passage of a City Council bill that required the mayor to approve any changes to deed restrictions.

According to a permit application with the Department of Buildings, BRP is looking to build a 27,330 s/f building with 39 apartment units. Plans call for 26,578 s/f of residential space and 572 s/f for a community facility.

Last December, BRP struck a deal with the city to build affordable homes at the site, according to a previous report from DNAInfo.

BRP bought the 75-foot wide lot for $3.1 million last year. SLM Architecture is the architect of record for the project.