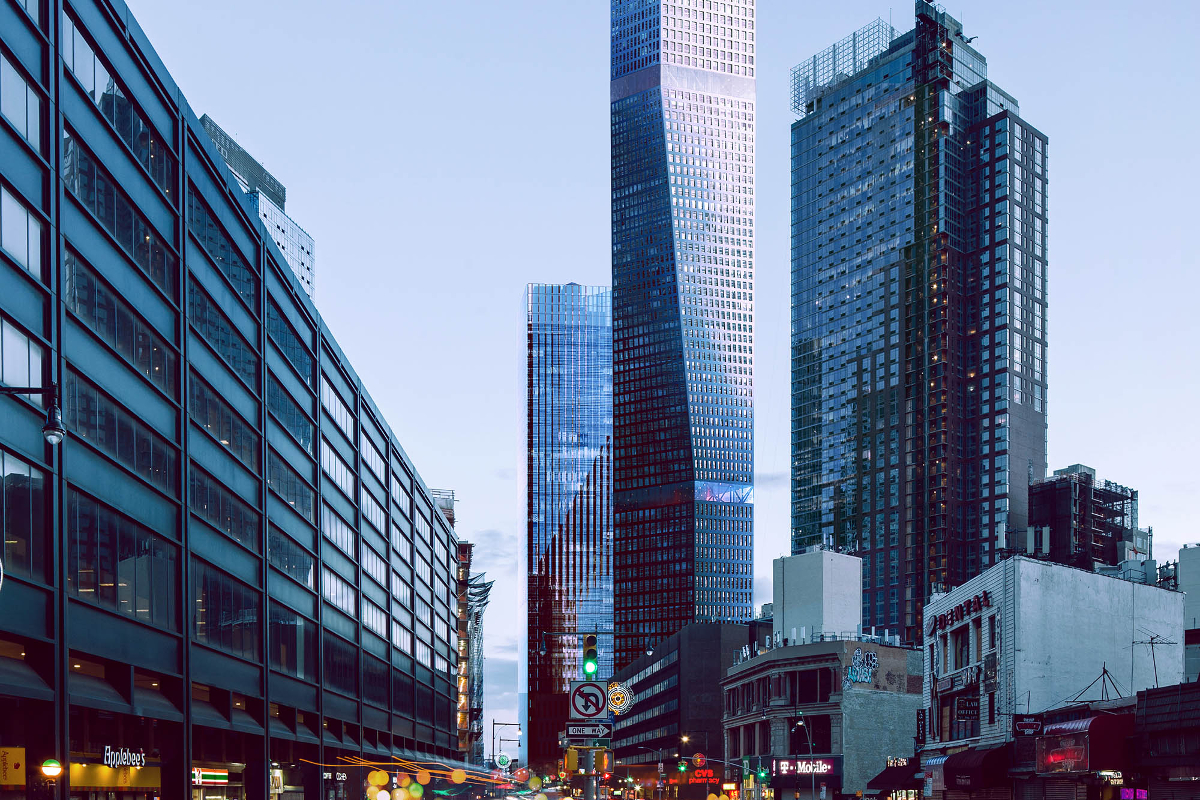 Brooklyn-based Alloy Development has unveiled plans for a massive mixed-use development that will bring two schools, 900 apartments, 200,000 s/f of Class A office space, and 15,000 s/f of cultural space to the borough.

The project, located at 362 Schermerhorn Street and dubbed 80 Flatbush, will include two towers, one of which will be 74 stories tall.

“We are looking forward to working with Alloy Development on such an exciting project in Downtown Brooklyn,” said Jennifer Maldonado, executive director of the Educational Construction Fund which acts as the financing and development arm of the NYC Department of Education and chose Alloy Development to build the two new “state-of-the-art” schools as part of the development.

Some retailers have already opened, like Century 21, Alamo Drafthouse, and Target, and several others are set to open in the future, including a Trader Joe’s supermarket.

Downtown Brooklyn has grown to become one of New York City’s largest office markets with 20 million s/f of office space, according to a February report from the New York State Comptroller’s office.

Last July, the ECF issued a Request for Expressions of Interest (RFEI) that called for the redevelopment of 362 Schermerhorn Street, the current site of the Khalil Gibran International Academy.

Alloy happened to own the adjacent sites, and responded with a proposal that included two schools for a total of 120,000s/f and 700 seats. One of the schools will serve as the new home for international Khalil Gibran school, increasing its capacity from 260 to 350 students and providing a new shared cafeteria, gym and library. Additionally, Alloy will build a new 350-seat elementary school on State Street.

Of the 900 planned apartments, 200 will be affordable housing units. Alloy, serving as the project’s leading design architect, will build the project in two phases. The first phase will include the two schools and a 38-story mixed-use triangular building that will include residential, office and retail. The first phase is expected to be completed by 2022.

The second phase will be the construction of a 74-story mixed-use building that will include residential, office and retail, along with the renovation of the existing 362 Schermerhorn Street buildings. That phase is expected to be complete by 2025.

“80 Flatbush Avenue will contribute to the vibrancy and economic development of Downtown Brooklyn by helping to meet the borough’s housing demand and fueling its Downtown commercial sector,” said Andrew Hoan President and CEO of Brooklyn Chamber of Commerce.

“We’re glad to see the project’s two urgently needed school facilities and the affordable housing it will provide. It’s great news for Brooklyn across the board.”

The next step for the project will be the city’s Universal Land Use Review Process (ULURP) which will include feedback from the community.

Founded in 2006, Alloy has made its name as an architect and developer of luxury condos, including several projects in DUMBO.