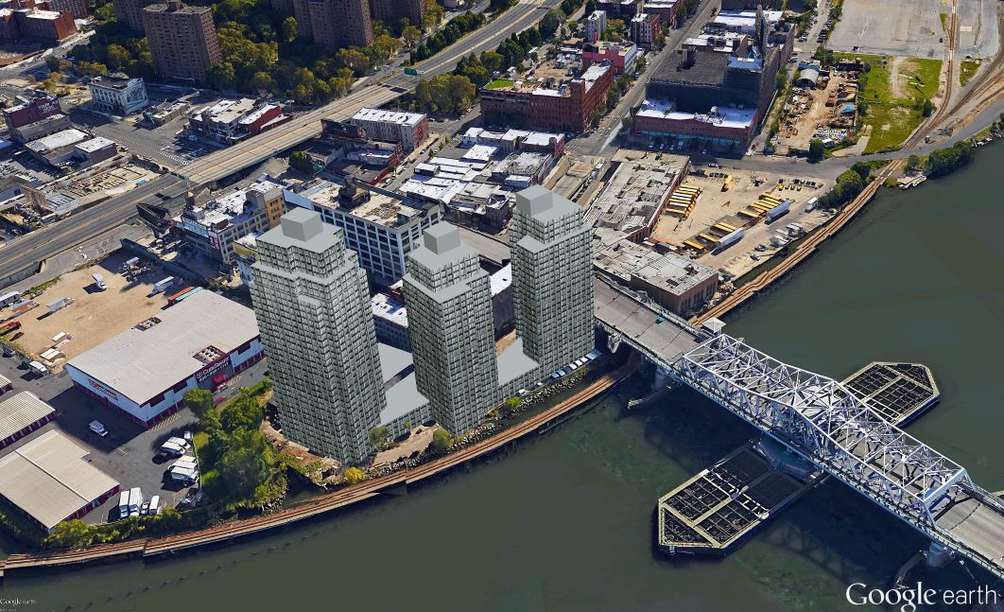 Brookfield has closed on its record-breaking purchase of a Bronx development site.

The company paid $165 million for the shovel-ready site along the Harlem River waterfront in Mott Haven that was assembled by the Chetrit Group and Somerset Partners.

The sellers had planned to built a 1.3-million-square-foot mixed-use development at 101 Lincoln Avenue and 2401 Third Avenue and tapped Hill West Architects for the project (recndering top).

Pryor Cashman represented the sellers, a joint venture comprised of affiliates of The Chetrit Group and Somerset Partners, in the sale.

Partners Todd Soloway and Danielle Schechner and associate Ari Tran, all members of the firm’s Real Estate Group, represented the joint venture on both the 2014-2015 acquisition and financing and the 2018 sale.