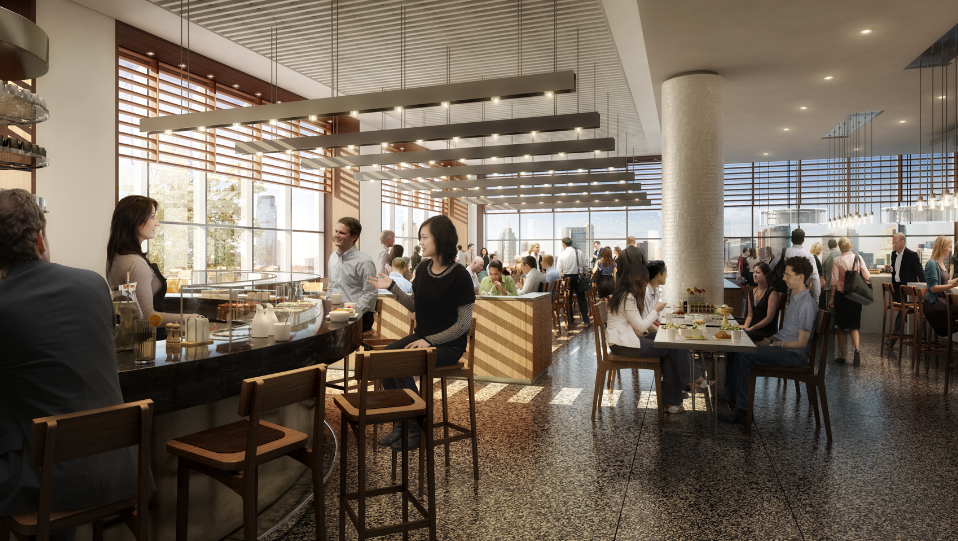 Opening in Spring 2014, Hudson Eats is a collection of 14 chef-driven eateries, situated on an elegant waterfront terrace. It is part of the exceptional $250million renovation of Brookfield Place.

The new Blue Ribbon Sushi at Brookfield Place will be an extension of the award-winning Blue Ribbon Sushi whose original location on Spring Street in SoHo has been widely regarded as one of New York’s finest sushi restaurants since opening in 1995.

Hudson Eats will be located on the second floor of Brookfield Place, facing the harbor and will include restaurant-style seating for 600.

The space, designed by AvroKO and BCV Architects, will be directly above a French-inspired marketplace operated by Peter Poulakakos.

Brookfield was represented in-house by Hogan and Jason Morrison along with Stephen Plourde and Alissa Bersin of The McDevitt Company, who negotiated the lease directly with the tenant.