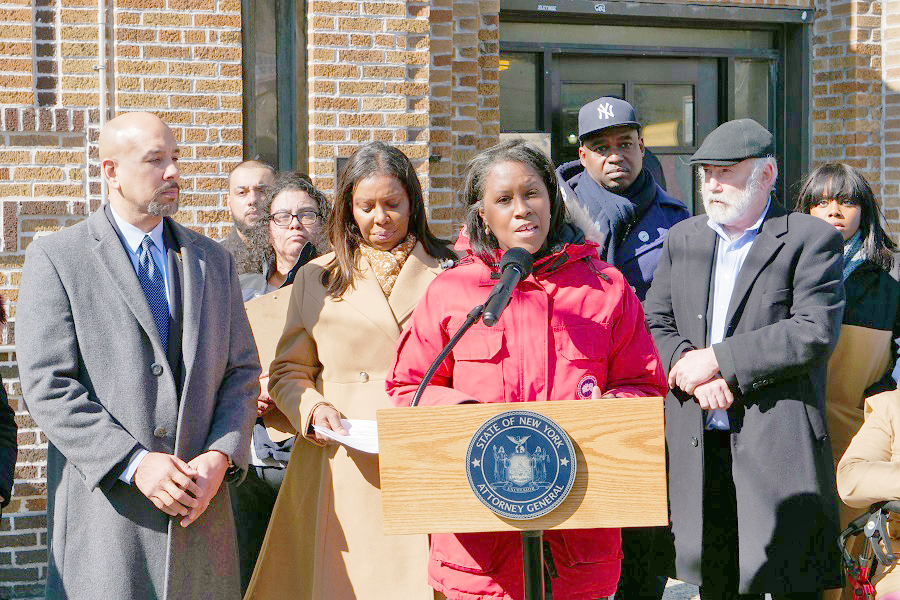 Bronx landlord sued for failure to protect tenants from lead

The suit alleges that Chestnut Holdings has put the health of its tenants at risk by repeatedly violating the New York City Childhood Lead Poisoning Prevention Act, which requires property owners to take several critical measures to prevent children under six from being exposed to paint with dangerously high levels of lead.

“All New Yorkers – in every city, village, and town across this state – have a right to live in homes that don’t make them sick,” said Attorney General James.

“Exposure to lead paint in our aging housing stock puts children in grave jeopardy and our future at risk. This highly toxic metal causes serious and irreversible harms, and I am committed to ensuring that landlords follow the laws to protect young children from lead poisoning.”

Chestnut Holdings manages more than 6,000 apartments in approximately 134 buildings, most of which are located in the Bronx.

“This administration has made it clear that landlords who disregard their responsibilities and put tenants in danger will not fly under the radar. Through the Mayor’s LeadFreeNYC initiative, we will continue to work with our partners on all levels of government to keep New Yorkers safe and drive lead exposure down to zero,” said NYC Housing Preservation and Development (HPD) Commissioner Louise Carroll.

The New York City Childhood Lead Poisoning Prevention Act requires owners of apartments and houses built before 1960 to take critical safety measures such as identifying apartments where children under six live, conducting annual investigations of those apartments for hazards that are conducive to lead poisoning, and remediating those conditions where they occur. The Act also requires owners and agents to take measures to prevent lead poisoning when an apartment turns over.

The AG’s complaint alleges that Chestnut Holdings engaged in repeated illegal acts under Executive Law § 63(12) violating several provisions of the Childhood Lead Poisoning Prevention Act, including failing to inspect apartments to determine if a child under six lives there, failing to conduct annual investigations of apartments for hazards that are conducive to lead poisoning, and failing to take the necessary measures when an apartment turns over.

Additionally, Chestnut Holdings has repeatedly certified in new leases that it has complied with the Childhood Lead Poisoning Prevention Act’s turnover requirements, even though it had not.

New York State has the highest percentage of buildings built before 1950 in the nation. Lead paint has been found in a 43 percent of all of New York’s dwellings.