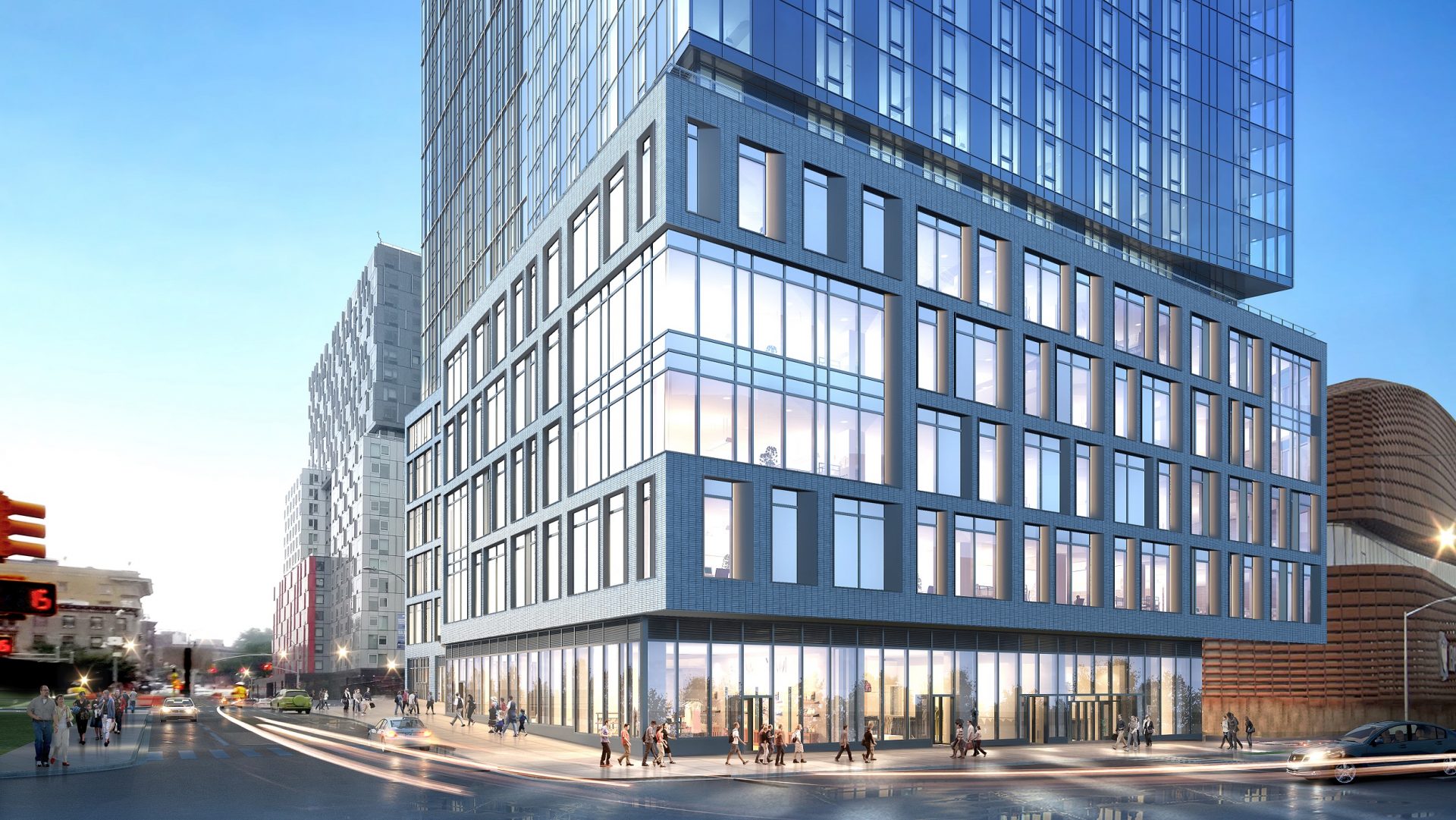 Greenland Forest City Partners and The Brodsky Organization announced a partnership to develop 18 Sixth Avenue (parcel B4) at Pacific Park, the new 22-acre mixed-use neighborhood in the heart of Brooklyn.

The joint venture will immediately commence construction of 18 Sixth Avenue, designed by Perkins Eastman and located at Atlantic Avenue and 6th Avenue, which will offer 859 units of mixed-income housing, including 258 units of affordable housing. Construction is expected to be completed in 2022.

Rising to over 500 feet, 18 Sixth Avenue will be Pacific Park’s largest residential building to date and an exciting addition to the ever-changing Brooklyn skyline. The Brodsky Organization has also commenced construction at 664 Pacific Street (parcel B15), which includes a mixed-income rental residential building, expanded open space and a new public school.

“As we accelerate development at Pacific Park, this groundbreaking at 18 Sixth Avenue will be a significant step towards fulfilling our promise to develop a world-class neighborhood in the heart of Brooklyn,” said Scott Solish, Executive Vice President of Development at Greenland Forest City Partners.

“We are thrilled to expand and strengthen our relationship with The Brodsky Organization, a developer with a tremendous legacy of developing and operating best in-class projects throughout New York.”

“We are excited to announce our next project in Brooklyn with Greenland Forest City Partners to bring expertly designed, high-quality apartments to downtown Brooklyn,” said Dean Amro, principal at The Brodsky Organization. “Both 664 Pacific Street and 18 Sixth Avenue are both great projects and we look forward to continuing to expand our Brooklyn portfolio.”

In total, Pacific Park will offer 6,430 units of housing, including 2,250 units of affordable housing, as well as office space, neighborhood retail, community facilities and eight acres of publicly accessible open space. Pacific Park also features substantial infrastructure improvements including a new storage and maintenance facility for the Long Island Railroad, new rail access to and from the Atlantic Terminal station, and significant improvements to the infrastructure network in the surrounding area.