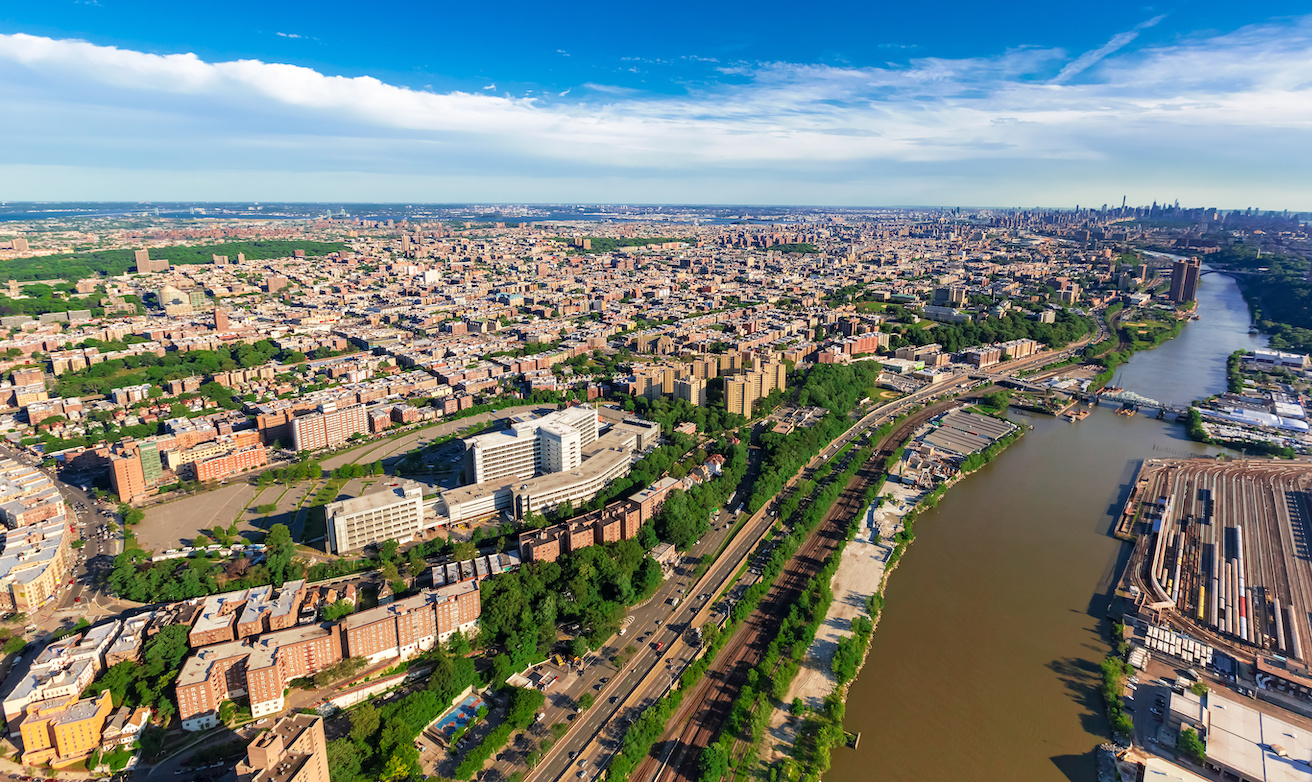 Bridging the gap: Brooklyn and now The Bronx giving Manhattan a run for its money

By The PropertyClub Team
Back in 2010, Manhattan was home to the 10 most expensive zip codes in the city. Today, that top 10 is split with Brooklyn. What’s more, 6 of the 10 fastest-growing zip codes in the past decade belong to Brooklyners, with one Bronx zip code also making the list.

Ten years ago, no other borough could rival Manhattan in terms of home prices. Today, the situation is slightly different, and you might be inclined to conclude that Brooklyn is on track to become the new Manhattan.

Tribeca was basically the most expensive neighborhood to live in 2010. The two priciest zip codes on our map both cover parts of Tribeca, namely 10013 and 10007, which covers the southern part of the neighborhood.

Now let’s fast forward to 2019 and see what our map looks like.

Two of the ten priciest NYC zip codes now in Brooklyn
Last summer, we analyzed the market to extract the 100 most expensive zip codes in NYC. At the time, Manhattan took over the entire top 10, with Queens sneaking into the 11th slot and Brooklyn landing its priciest zip code at #18. Fast forward a few months, and the top 10 looks a bit different.

The eighth most expensive NYC zip code in 2019 was located across the bridge in Brooklyn. Zip code 11231, which covers Red Hook and Carroll Gardens, had a median sale price of $1.5 million last year. That makes it pricier than zip code 10004, covering Battery Park, which landed the ninth spot on our 2019 map.

Finally, the 10th priciest zip code of 2019 was also located in Brooklyn, more specifically in the Greenpoint neighborhood. Zip code 11222 recorded a median sale price of $1.3 million in 2019.

So, we can see that some zip codes that were at the top in 2010 are still some of the most expensive enclaves in the city, with a couple of contenders located outside Manhattan. What about the zip codes where prices increased the most over these ten years?

Brooklyn was home to six of the 10 fastest-growing zip codes of the decade
We also wanted to see which zip codes in the city recorded the biggest increases in median sale prices over these last ten years, to get a better picture of how the market has evolved. Manhattan prices might still be in a league of their own compared to the other boroughs, but it seems that Brooklyn is catching up, and fast. The three fastest-growing zip codes in NYC are located in Brooklyn, and the borough housed six of the top 10 zips on our growth map.

There were also three zip codes in Manhattan, which recorded an absolute gain in median sale prices of over $1 million during the past ten years. Tribeca’s 10007, currently the most expensive zip code in the city, saw prices increase by $1.8 million since 2010. 10001 in Chelsea also saw prices jump $1.3 million, followed by 10018 in Midtown.

Done deals: One in (under) a million