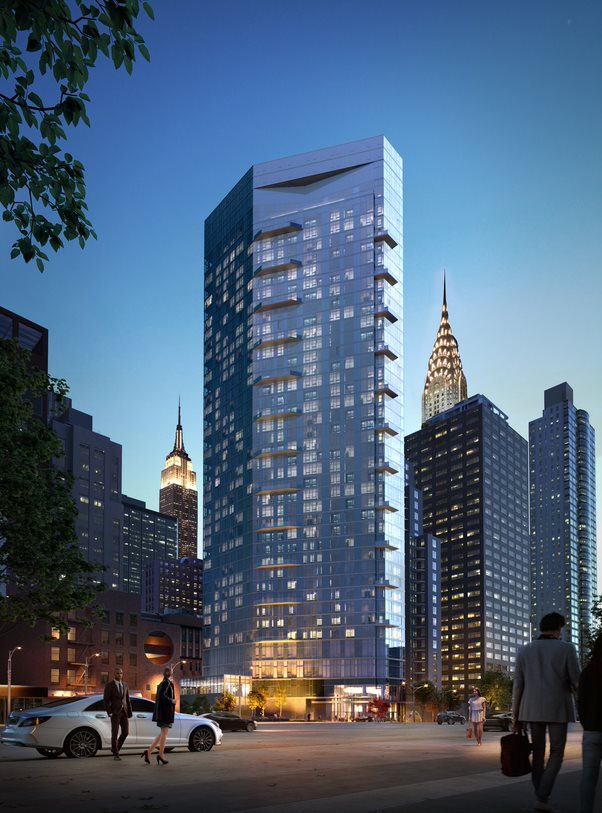 Greystone has closed a $289,289,000 permanent Freddie Mac loan made to an affiliate of BLDG Management Company, Inc. for the Summit, a multifamily rental building in Midtown Manhattan.

“I am extremely proud of our continued efforts to support affordable housing in New York City and I thank all those involved for their dedication to increasing the amount of affordable rental units in an area that critically needs it,” said Steve Johnson, Vice President for Targeted Affordable Housing at Freddie Mac.

“This was a large, complex transaction that in the current environment required careful coordination among Freddie Mac, the New York State Housing Finance Agency, Greystone, and BLDG,” added Naureen Versi, the Production Manager who worked on the transaction.

“BLDG is excited to expand its relationship with Greystone and Freddie Mac through this landmark financing,” said Lloyd Goldman, Founder and President of BLDG. “Despite the current headwinds facing the New York City multifamily market, Greystone and Freddie Mac delivered a market-leading execution and worked tirelessly with us to close this loan in the midst of a global pandemic.”

“We have enjoyed a long-standing relationship with BLDG and are thrilled to have worked on both the original construction financing and now the permanent financing for the Summit,” said Drew Fletcher. “This financing is a testament to their long-term vision and focus on developing distinctive properties that create enduring value and enhance the neighborhoods in which they are located.”

Jeff Englund, Senior Managing Director and head of Greystone’s Affordable Lending group, added, “Affordable housing remains critically important to New York and nationwide, and Greystone continues to demonstrate its commitment to finance transactions that create or preserve this valuable housing for the long-term.”