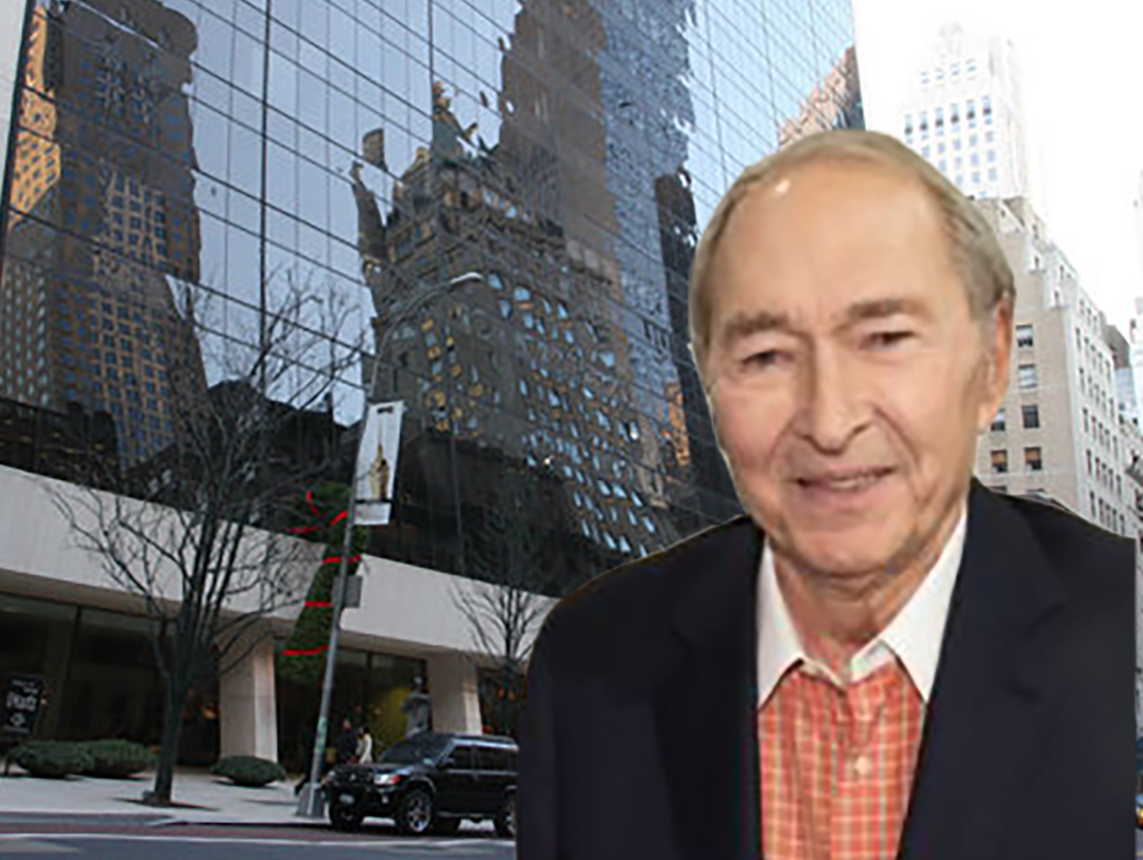 Billionaire New York developer Sheldon Solow has died at the age of 92.

The cause of death was lymphoma, his wife Mia Fonssagrives Solow told Bloomberg News.

A Brooklyn-born college drop-out born to a bricklayer and  homemaker, Solow became a real estate legend both through his development acuity and litigious reputation.

The founder and CEO of Solow Realty & Development, his holdings included 2,000 apartments and office buildings such as the 50-story 9 West 57th Street in Manhattan where tenants include hedge funds, private equity firms and luxury goods giant, Chanel.

His most recent venture was a complex he planned on nine acres of land he had accumulated along the banks of the East River, beginning in the early 2000. In 2016, Mr Solow broke ground on the first of several planned apartment towers at 685 First Avenue.

Over the years, he also filed a long list of lawsuits over everything from allegedly rigged sales to slander. He sued his one-time pal Peter Kalikow over a $7 million loan Solow claimed was paid back too early – depriving him of earned interest. He also took finance giant Conseco to task claiming they’d shut him out of a 2006 auction on the GM Building.

According to Bloomberg, Mr Solow amassed a net worth of $3.1 billion, much of which he spent on high-end art, including works by Botticelli, Henri Matisse and Franz Kline. As president of the Solow Art and Architecture Foundation, he also supported research for scholarly studies.

Born in Brooklyn on July 20, 1928, Mr Solow studied engineering and architecture at New York University before dropping out in 1949. According to the New York Times, his father got a government-insured loan to build a 72-family apartment building in Far Rockaway the following year, which served as his son’s entrée into the development world where he would go on to achieve huge success.

In addition to his wife, he is survived by two sons, Stefan and Nikolai; and niece Jennifer Wolf.