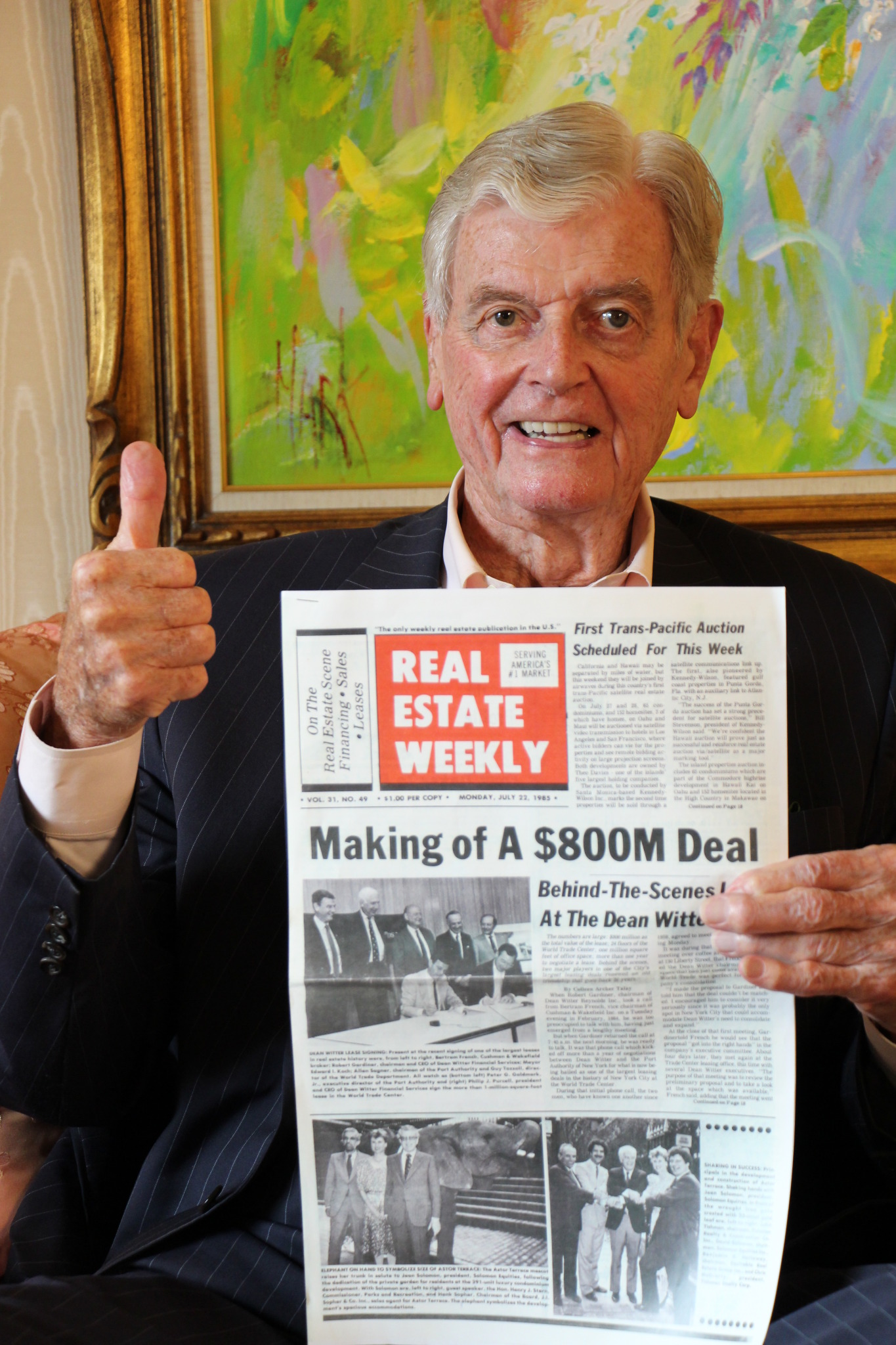 Cushman & Wakefield announced today that Bertram F. French, Vice Chairman, who is widely recognized as one of the most successful brokerage professionals in the industry, is retiring after more than 67 years with the firm. His last day will be June 30.

At that time, C&W had two office locations – 281 Madison Avenue and 21 West Street. The firm would later (1960) begin a national expansion, establishing offices throughout the U.S. to better service its clients and then globally through acquisitions and partnerships.

“Bert worked hard and displayed professionalism and great loyalty to the firm throughout his entire career, and it’s something that I always admired about him,” said Robert F.R. Ballard, executive vice president, a close friend and colleague of French’s, who has been with the firm for more than 45 years.

“He’s had a fabulous career and will always be known around C&W and in the industry as one of the most respected names in commercial real estate.”

French was involved in some of Manhattan’s most significant office leases and building sales. Some of his most notable transactions include handling the New York Telephone Company’s lease for the entire 1.3 million-square-foot building at 1095 Avenue of the Americas, the assembling of land and development of a 1-million-square-foot office building for Continental Insurance Corporation’s headquarters at 180 Maiden Lane and the land acquisition and leasing of the 1-million-square-foot One Seaport Plaza.

“Someone once told me that if you want to be struck by lightning, you go where lightning strikes, and that’s right here in Manhattan,” said French.

French was recognized for his work through several industry awards, including the 2001 Louis Smadbeck Memorial Broker Recognition Award, which honors a brokerage professional whose career distinctions include personal and professional integrity, long-term leadership, and prominence in the brokerage community.

French served as Real Estate Board of New York (REBNY) chairperson from 1980 through 1982 and sat on the Board’s Executive Committee. Additional honors included the Keystone Award from the Federation of Protestant Welfare Agencies (FPWA) in 2000, which recognizes individuals who have made significant contributions to the health and well being of New Yorkers from diverse faiths and walks of life and the Man of the Year Award from Talbot Perkins Children’s Services.