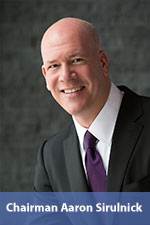 The Rent Guidelines Board has approved the lowest rent hike for the city’s affordable units in history, but refused to heed mayor Bill de Blasio’s calls for a rent freeze.

The decision to raise rents by up to one percent for one-year leases and 2.75 percent for two-year leases, reached in a final vote on Monday night, left both landlords and tenants disappointed.

Landlord representatives decried the decision as “abysmal”, “dreadful” and “irresponsible”, while their tenant counterparts bemaoned a hoped-for rent freeze that didn’t materialize.

Bill de Blasio ran his mayoral campaign last year on a promise to freeze rents as part of a broader policy to expand affordable housing, and with six of nine board members being his appointees, a rent freeze seemed plausible.

But recently de Blasio sounded more cautious, and his deputy mayor for housing, Alicia Glen, distanced herself from a freeze.

Monday’s five-to-four vote to raise rents after all can also be considered a success for landlord representatives, who had launched a large-scale publicity campaign. 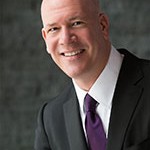 In the 17 days leading up to the vote, the Rent Stabilization Association, which represents 25,000 property owners, placed 700 television and radio ads making the case that a rent freeze would leave too little money for repairs and maintenance.

Still, landlord representatives had hoped for a bigger rent hike and voiced their disappointment over the Board’s decision.

“With this abysmally low and dreadfully inadequate rent increase, building owners are demanding that Mayor de Blasio immediately cap the city’s property tax assessments and water and sewer rates at one percent for the same one-year period, and negotiate with local companies on behalf of building owners for one percent caps on heating oil and repair cost increases,” said Aaron Sirulnick, chairman of the board of the Rent Stabilization Association, adding that the one-percent raise is “so woefully inadequate that it is tantamount to a rent freeze.”

Patrick Siconolfi, executive director of the Community Housing Improvement Program (CHIP) said, “Today’s vote is unprecedented and calls into question the objectivity of the Rent Guidelines Board (RGB).

“It erodes the longtime partnership between the City of New York and the owners of rent-stabilized units that ensure affordable housing for millions of New Yorkers.

“The City has taken sides where there should be no sides, but rather, facts and figures. It is wrong, irresponsible and will ultimately stifle investment in our city’s most important affordable housing stock.ˮ деньги в долг