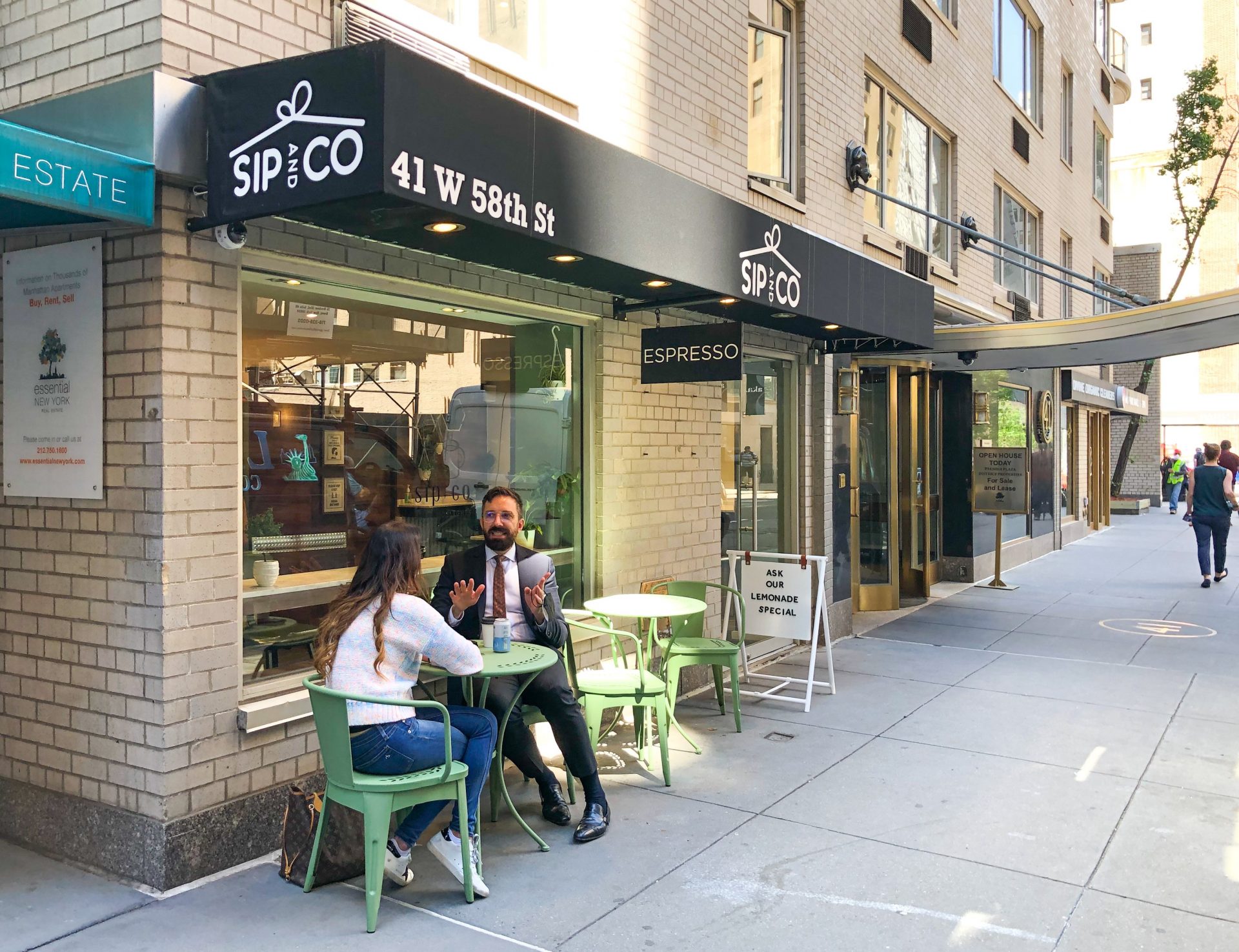 Founded by Chin Mong the owner of Brightbox Consulting and Jeremy Torres who he frequently collaborated with at the firm, Sip and Co. serves artisanal coffee, sandwiches, and desserts. The new 725 s/f café features indoor dining as well as takeout options.

“We want to bring the neighborhood the best specialty coffee, genuine hospitality, and a simple seasonal classic menu, from the New York staple salmon lox to the trendy healthy offering such as avocado toast,” Mong said. “The main reason why we choose this location is that it is located right underneath one of the most historical resident buildings at Central Park South. Also, it is surrounded by many iconic hotels, landmarks, restaurants, and companies, like Carnegie Hall, Park Lane Hotel, Apple Store, and Bergdorf Goodman.”

Kate Goodman, co-president at ATCO Properties & Management, added: “Sip and Co. is a terrific amenity for the community as well as our residents at 41 West 58th Street. The café will benefit from shopper traffic on Fifth Avenue and the office population on Sixth Avenue as the city reopens and people begin returning to work.”