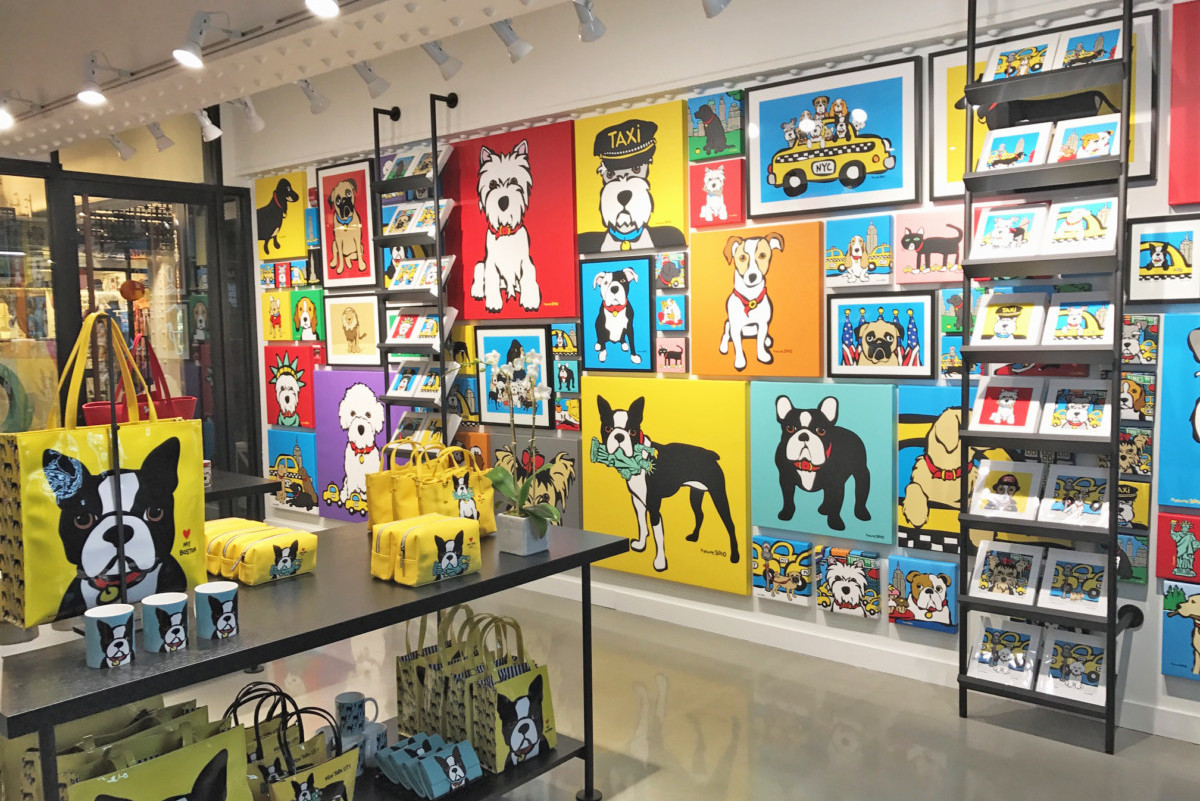 Best known for his portrayal of dogs and New York City landmarks, Tetro will open his first ever store this month at the Columbus Circle shopping outlet.

His beloved art and creations will join TurnStyle’s mix of dining, fashion and retail options.

“I chose TurnStyle as it is an innovative concept and it represents a slice of New York that I fell in love with at first glance,” said Marc Tetro.

“Instead of being housed in a bland space with no character, our store blends in seamlessly with Manhattan’s unique underground architecture.”

“We are honored to be the home of Marc’s first retail location. His one of a kind work offers merchandise with the same whimsy and New York energy that TurnStyle thrives on,” added Susan Fine, CEO, TurnStyle.

As all New Yorkers know, dogs and dog-owners of New York are a special breed. Yet, few appreciate this as much as artist Marc Tetro, whose love of all things dog and the Big Apple, helped inspire him to open his first store at TurnStyle.

Tetro’s portrayal of love-struck dogs and New York City iconography such as taxis, skyscrapers and Lady Liberty have become much sought-after items.