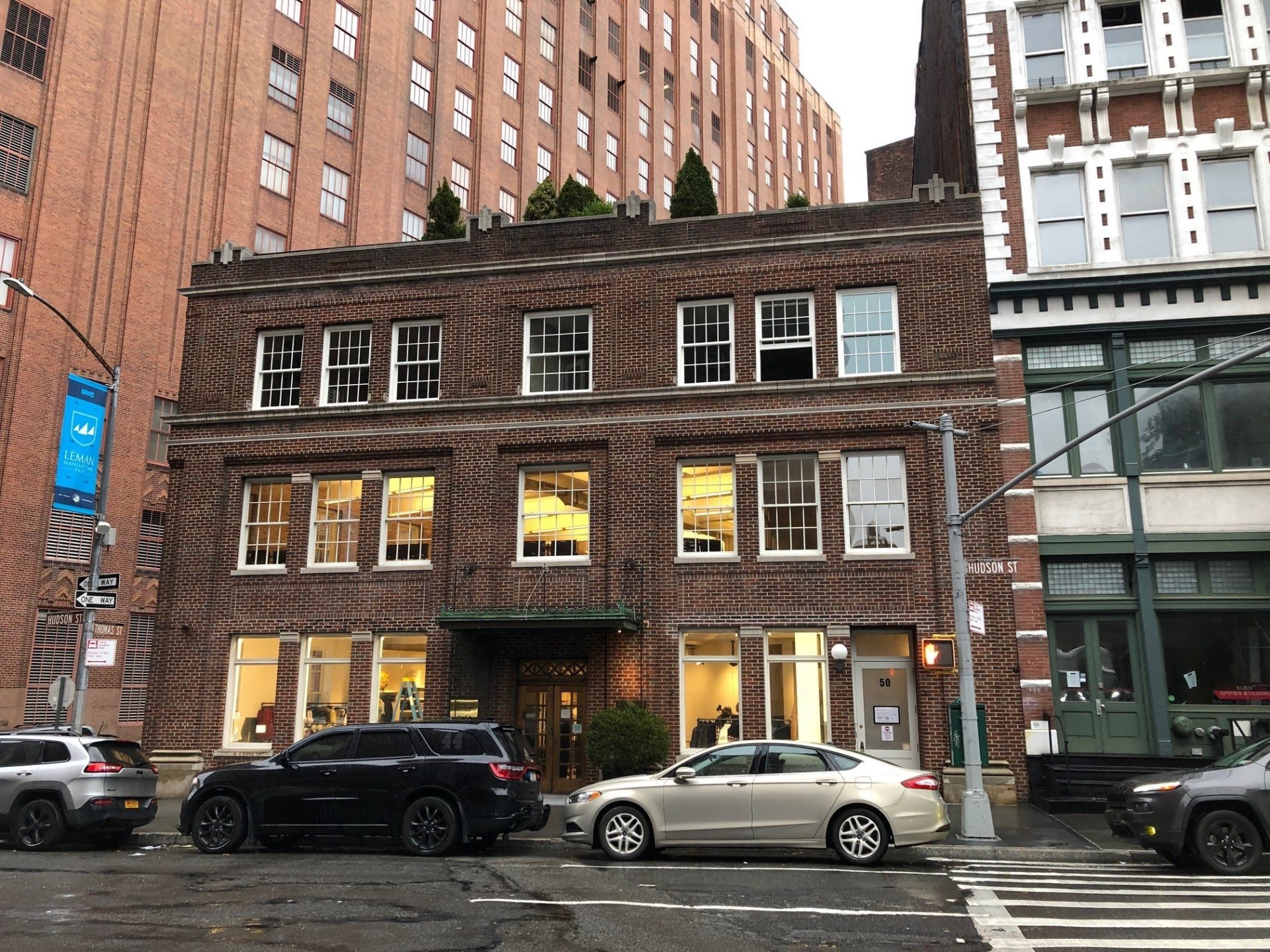 The company will occupy the entire second floor of the 95-year-old building, which once housed the Sarle & Co.’s printing facility.

MBH signed a five-year lease for 5,150 s/f space in the building situated on the corner of Hudson and Thomas Streets.

Avison Young brokered the lease on behalf of the landlord. Compass represented the tenant.

This New York office will serve as an East Coast home-base that will spur further growth for MBH with New York City-based clientele as well as offer luxury and Europe-based brands more individualized services.

“This is an exciting new chapter for the New York team,” said Herrick.” We look forward to better serving our impressive roster of existing clients as well as burgeoning new business in the Tri-State area.”

For the new space, MBH Architects sought to blend the authentic urban grit of New York City with cues from the California-based firm’s Alameda headquarters, in order to reflect the firm’s overall culture.

For the interiors, the team opted for an open floor plan that could accommodate 30 individual workstations, featuring expansive windows and minimalist material and color palette that allows the industrial character of the New York City printing house like brick walls and concrete floors to be showcased as focal points of the space.

MBH has outfitted the space with modifications to ensure a safe working environment for employees during the COVID-19 pandemic. A limited group will work from the office on a flexible schedule to avoid commuting at peak times and allow for ancillary ventilation.

Simultaneously, the team’s technology infrastructure has been reinforced to adapt to hybrid working.

A cloud-based contact tracing system allows the firm to communicate expeditiously should the need arise as more in-person work resumes, and a formalized COVID-positive response plan has been implemented to protect the health of the firm’s staff, clients, consultants and vendors.

Having completed several projects in and around the Tri-State area, including the Allbirds flagship store in Soho and the Good Tidings Foundation Columbus Clubhouse in the Bronx, the firm will continue their work through upcoming projects such as luxury watch brand Tourneau’s new flagship store on 57th and Madison avenue.