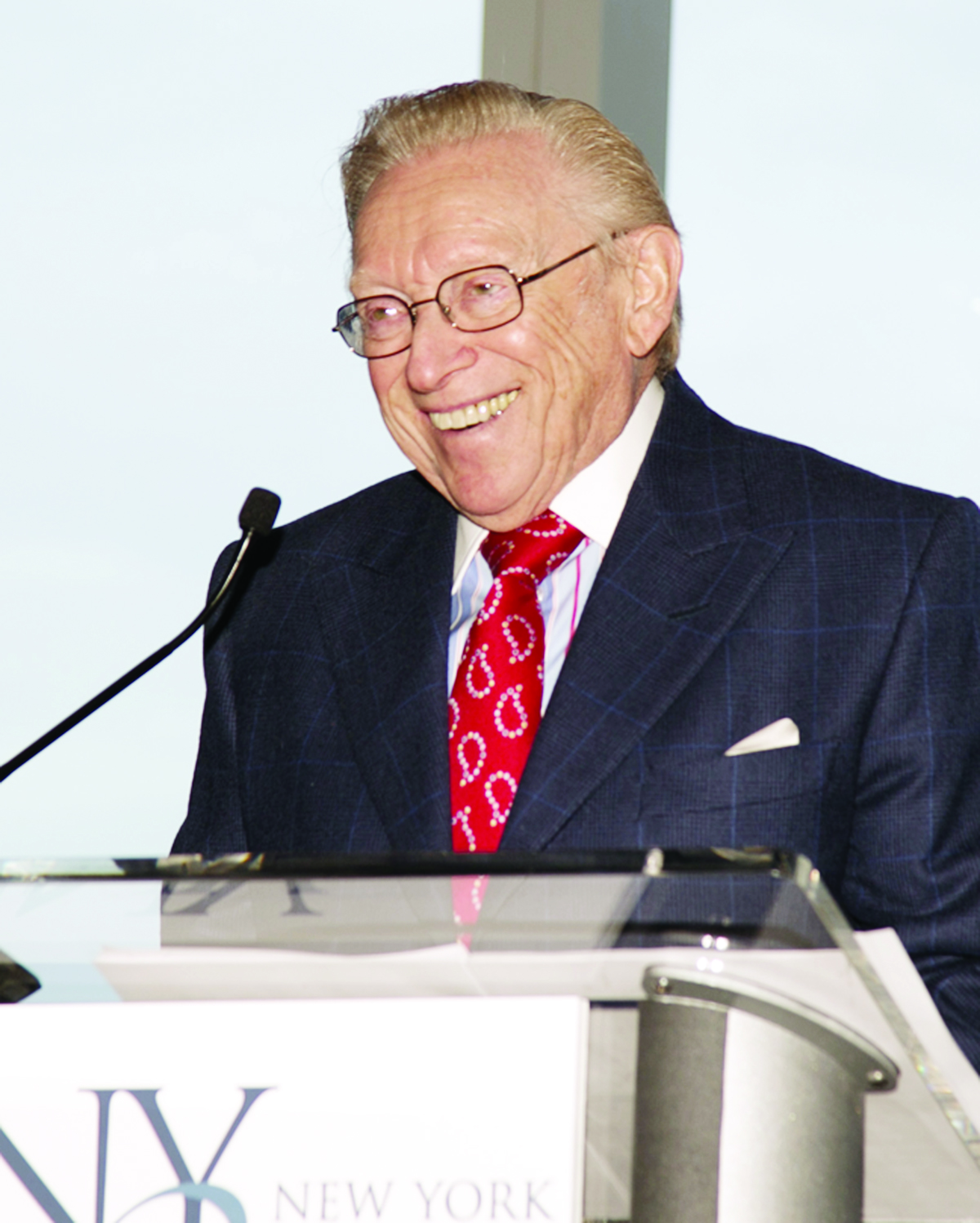 A year later, one of the city’s most prominent developers took to the podium at the same event and encouraged his colleagues to embrace Lhota’s victorious opponent, Mayor Bill de Blasio.

“Much has been made in the press about how the de Blasio administration marks something of a repudiation of the Bloomberg years, and that we in the real estate industry should be quaking in our boots,” Larry Silverstein, chairman of Silverstein Properties, told the Building Congress members.

“But quite honestly, I don’t see it like that at all. What we are experiencing today is part of the natural progression of a dynamic city that is constantly facing new challenges and opportunities.”

Ever since Mayor Ed Koch brought the city back from a recession, according to Silverstein, each mayor has built on his predecessor’s success by bringing his own set of priorities to City Hall.

“Now it’s Bill de Blasio’s turn,” Silverstein said. He then recounted some of his own biography, saying that he grew up watching his parents struggle through the Great Depression, and credited the city’s education system and dynamic economy with his successful attempt to start his own real estate empire.

“So I think Mayor de Blasio’s focus on equality, opportunity and a brighter future for all New Yorkers makes a great deal of sense. And it’s something that the design, construction and real estate industry can — and should — fully support.” Silverstein, who recently stepped down as CEO of the company he founded but continues to serve as chairman, also spoke about progress at the World Trade Center site. One of the firm’s four planned towers, 4 World Trade Center, recently opened and another, 3 World Trade Center, is under construction pending final financing.

On the day of the Building Congress luncheon Senator Charles Schumer also announced that he had succeeded in securing federal recovery zone financing for the construction of 3WTC.

“I am grateful to Senator Schumer for his leadership on this front,” Silverstein said.

Some people ask if the buildings will be a success, Silverstien said, but he’s learned to never bet against New York because the city always bounces back.

“I’ve been through a lot of the up-and-down cycles: the 50s oil crisis, the stag-flation of the 70s, and the recession in the early 90s. More recently we’ve been through the dot-com collapse the September 11 attacks, the great recession following the collapse of Lehman Brothers and Superstorm Sandy. And probably many of you think I was at the Great Panic of 1873,” said Silverstein, 82.

The joke elicited thunderous applause. “There are some benefits to getting old,” he said, when the crowd had died down.

Silverstein’s remarks also touched on the state of the city’s construction industry, citing the Building Congress’s October report that predicted construction activity in the city will grow to $37 billion by 2015 and create an additional 4,000 jobs this year.

“Construction jobs are one of the best ways to elevate New Yorkers to the middle class,” he said.

Donald Trump: He’s much nicer than you think