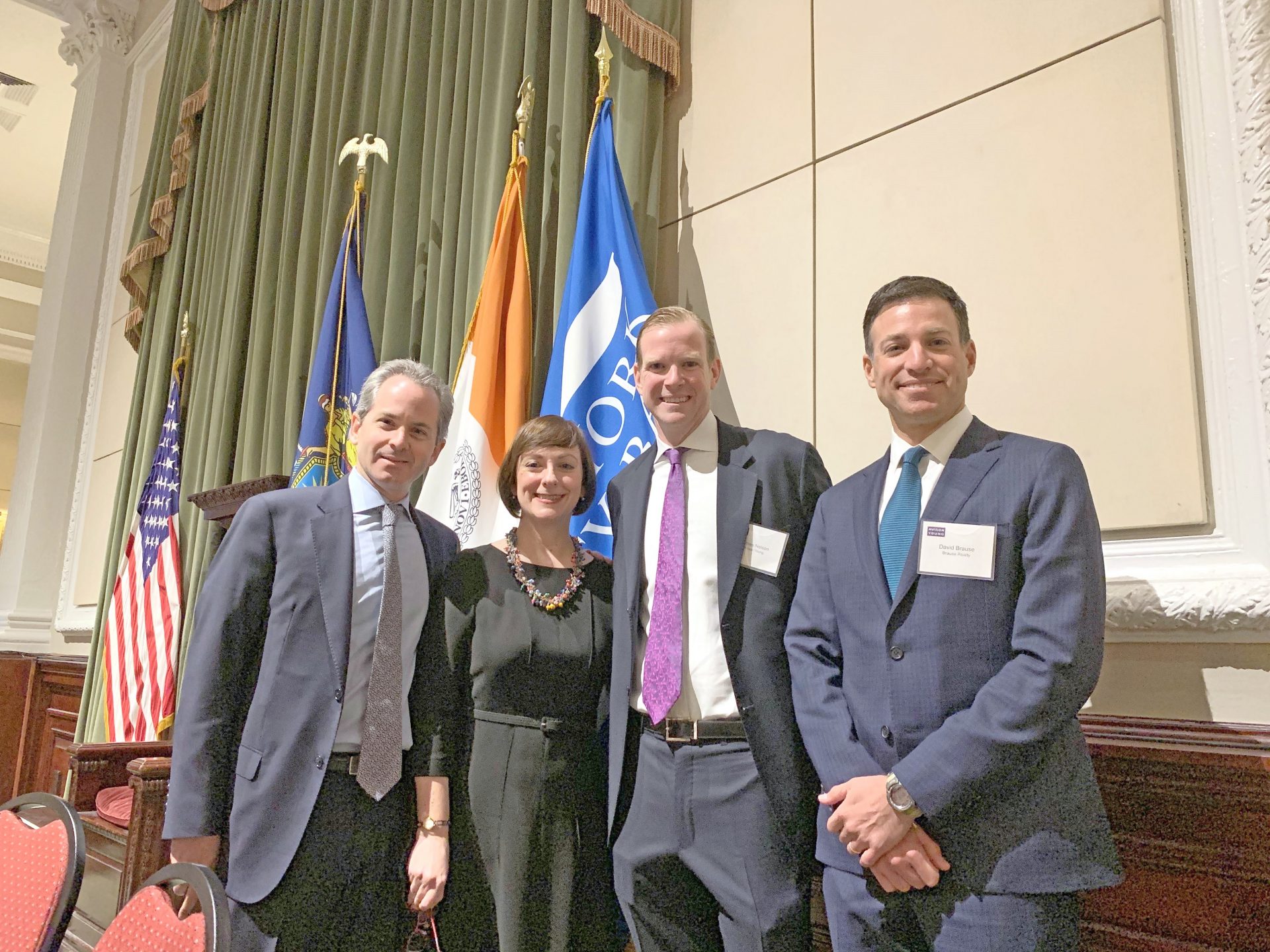 With the announcement that e-commerce giant, Amazon, will set up one of two new headquarters in Long Island City, one phrase has been on the minds of both residents, politicians, and private enterprise alike: the Amazon-effect.

The word may still be out on what exactly that effect will be, but according to a panel convened at Avison Young’s year-end market discussion the impending influx of Amazon-spurred tech jobs, there’s one thing that can be said for certain; it’s going to be a positive one, despite what some critics say. “There’s this misconception that this was a bad deal,” said Jeremy Shell, principal at TF Cornerstone, which purchased a nearby development site for $300 million days after Amazon’s announcement and is developing part of the new headquarters.

Since Amazon’s selection of Long Island City, Queens as one of two new headquarters in November — the other being Crystal City, Virginia — a constituency of high-profile critics has emerged to cast skepticism on some of the deal’s features, including its impact on housing, the inclusion of $3 billion in tax incentives, and its state approval process that some critics see as a subversion of City oversight.

Among those detractors have been top political leaders including New York Sen. Kirsten Gillibrand, who recently announced her presidential bid in 2020, Congresswoman Alexandria Ocasio-Cortez, and City Council Speaker Corey Johnson.

In a statement released shortly after Amazon’s selection, Gillibrand said, “While I’m glad that Amazon recognizes that Queens is a great place to do business, I’m concerned about the the lack of community input and the incentives that Amazon received in order to convince them to bring these jobs to New York.”
According to David Brause, president of Brause Realty and a panelist for the Avison Young discussion, public criticism of the deal may be projecting the wrong image.

“The concern that I have is that a lot of people are looking at the negative side,” said Brause. “You don’t want to send the message back to the people in Seattle that we don’t want [Amazon] here. We absolutely want them here.”

What’s at stake, according to proponents of the company’s plan, including Elizabeth Lusskin, president of the LIC Partnership and LIC BID, another panelist, is much needed capital to help revitalize Long Island City.
“One of the benefits of this deal is that some things that the community needed for a long time can be supported through this project,” said Lusskin. “These are investments that me and others in the community have been advocating for for a very long time.”

Included among those community needs are infrastructure payments. Using Payment in Lieu of Taxes, PILOT, Amazon will contribute to an infrastructure fund which plans to raise $650 million throughout the next 40 years, according to information from Empire State Development Corporation.

Ensuring that those investments are used efficiently, however, is another concern altogether.

“It is a short document, there is a lot of drawing between the lines that has to happen to makes sure that those lines get filled in in a way that is to the benefit of the community,” she added.

In December, the city and state announced that they will convene a Community Advisory Committee to help guide the Amazon headquarters project.

The group will be broken into three separate subcommittees that will address the headquarters, infrastructure, and assess the company’s training and hiring programs.

This type of relationship between government and enterprise is one that Lusskin said ought not to be overlooked.

“We now have one of the largest company’s in the world as a neighborhood partner,” said Lusskin. “So when we need things, or things aren’t going the way we want — we’re not getting the investment that we want — we can all go together and say ʻHey, wait a minute, we’re here because this is a great live/work neighborhood and the best city in the world and in order to keep that happening, we need you to fix x, y and z.’”