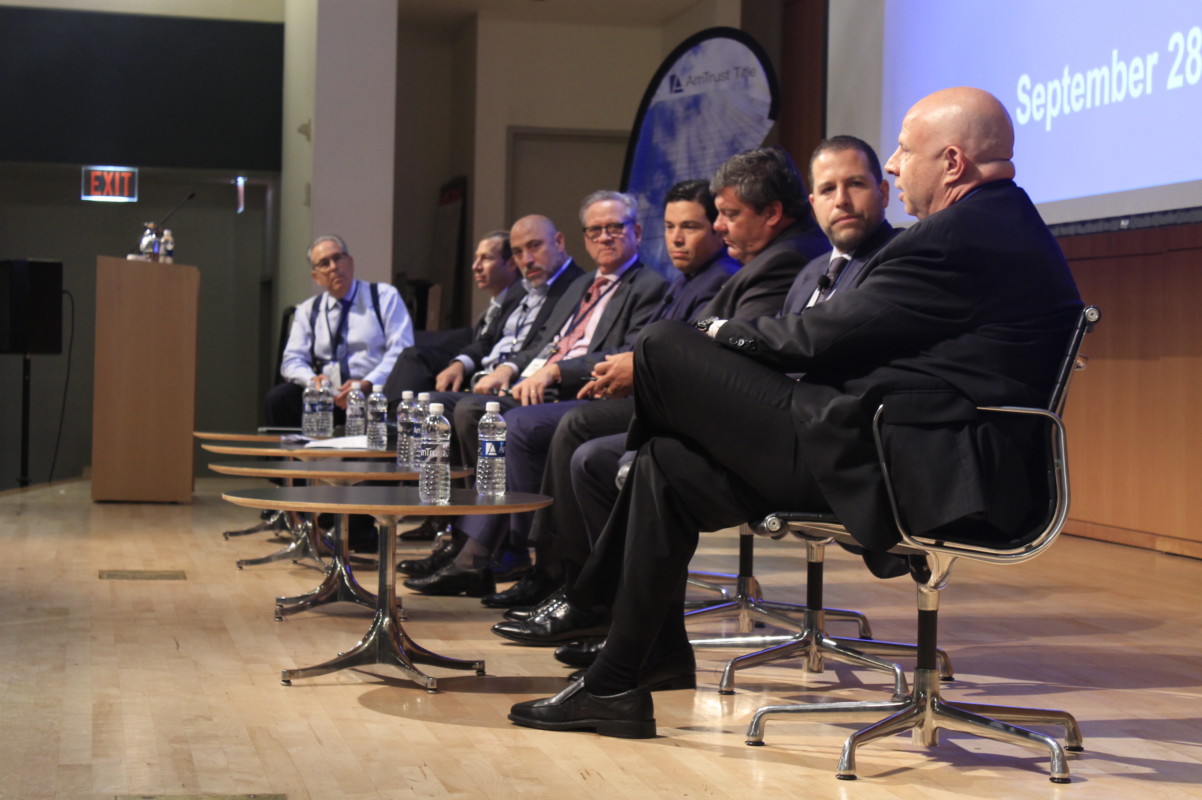 With stringent regulations stifling the flow of money from large banks into the real estate market, development companies and the financial firms that support them have had to get creative in recent years.

“As it relates to higher levels of proceeds, difficult loans, that’s always been the province of alternative lenders,” said Richard Mack, co-founder of Mack Real Estate Strategies. “What’s different now is that alternative lenders are stepping into loans that banks traditionally have done and that is really a function of the regulatory environment.”

During the past decade, large banks have faced increased scrutiny from federal regulators on several fronts, but perhaps none more acutely than mortgage investments. The 2010 Dodd-Frank Wall Street Reform and Consumer Protection Act, set out to prevent the types of predatory loans that fueled the early 2000s housing bubble and, ultimately, tanked the U.S. economy.

However, Anthony Orso, co-founder and co-chief executive of Cantor Commercial Real Estate, told the summit it was the commercial real estate sector that took the brunt of the damage from Dodd-Frank while the individual mortgage lenders were essentially let off the hook. “The regulators are always wrong and late,” Orso said. “They were trying to correct a problem that existed in the single-family home finance business and they came out with all these regulations focused on single-family homes and then the single-family home business, because they speak with one voice and that’s the Realtors across the United States, they got a pass and the commercial guys are left holding all the regulations for something that is really undeserved.”

While he doesn’t agree with the regulations, Orso’s business has benefited from the big banks’ retreat from commercial development. CCRE specializes in commercial mortgage-backed securities, or CMBS, for business as well as agency lending for multifamily homes.

“We’ve never been busier and it’s mostly because regulations continue to kick in,” he said. “It just makes it harder and harder.”

Along with these types of securities investments, one of the most common alternative lenders in the post-Dodd-Frank era have been pension funds. There’s also mezzanine financing, which blends debt and equity, as well as private equity.

Then there are the smaller banks, ones that don’t quite meet the $50 billion asset line that triggers the heaviest restrictions, such as New York Community Bank. But James Carpenter, senior executive vice president and chief lending officer for the institution, said even his bank is feeling the heat from regulators.

As a bridge loan specialist, construction lending used to be the bread and butter of the New York Community Bank. However, new banking rules have forced it to step back, Carpenter said.

“Over the past two and a half, three years, we intentionally pulled back, but a major pressure point for us is how the regulatory environment has changed, the way we have to treat those loans from a capital perspective on our books, the amount of equity that’s required to get the better capital treatment has gone up and it’s created space for the nontraditional lenders to come in and capitalize.”

While several longstanding alternative lending channels have flourished under the current environment, new financing tools are coming to the market, one of which was particularly divisive during the panel’s discussions: crowdfunding.

Ofer Yardeni, chairman and CEO of Stonehenge Partners, believes crowdfunding, is the future. “Crowdfunding, the problem is that you have great guys with knowledge of technology and no knowledge of real estate and then you have sponsors of real estate who have no idea about technology,” Yardeni said. “But take for example Warren Buffet or Larry Silverstein, put them in crowdfunding and they say ‘we’re going to buy this building,’ put out the contract, spreadsheet, partnership agreement and now they have the globe.”

However, Robert Verrone, founder of Iron Hound Management is skeptical of this model because it creates assets that can’t be liquidated.

“If I want to be in a real estate deal and I’m a plumber in Minnesota, what do I know about reading an LP agreement or understanding discounted cash flows?” Verrone said. “I’ll just buy SL Green stock and sell when I want to get out of it.”

Michael Maturo, president of RXR Realty, has some experience with crowdfunding. His company formed a private real estate investment trust that offered individual investors the opportunity to buy shares of buildings at 1285 Avenue of the Americas and Worldwide Plaza.

RXR’s pitch was the ability for small investors to put their money alongside capital from major institutions that have done thorough research and due diligence.

“When we went out to market this, the farmer in Iowa had no understanding of what New York is or what New York building is,” Maturo said. “When we sold it locally in New York and in California, we sold great big tickets, but around the country, we haven’t been able to penetrate the retail investor that doesn’t understand New York.”