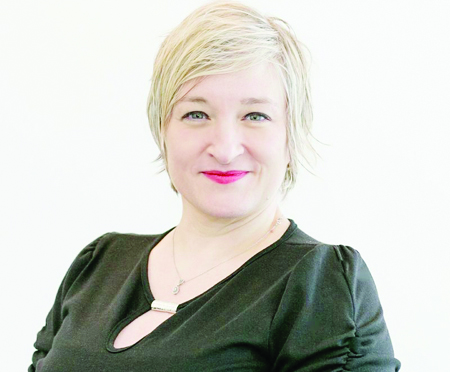 After war zone, broker finds herself in right place at right time

“Doing brokerage in Brooklyn is kind of like working in a war zone,” said Aleksandra Scepanovic. “The market is so competitive.”

Scepanovic, co-founder and managing director of Ideal Properties Group, knows what she is talking about. She spent years reporting from war-torn Sarajevo following the breakup of her native Yugoslavia.

Thanks to her time as a war reporter, Scepanovic is used to working under tough conditions. This came in handy when she founded her own residential brokerage in 2007, working out of a spare bedroom in her Prospect Heights apartment and trying to stay afloat amid one of history’s biggest housing crises.

Given the circumstances, Ideal Properties Group has done remarkably well. The brokerage, which specializes in Brownstone Brooklyn, opened its fourth office last summer in Williamsburg and has grown to 110 agents.

It has plans to open several more offices in the near future and now fields a respectable research unit — the surest sign a brokerage is trying to compete with the big players.

When asked about how she pulled off this impressive growth, Scepanovic points to her agents. Unlike other brokerages, Ideal Properties Group prefers to work with brokers who have no prior experience in real estate.

“It’s an easier task to turn them into real estate professionals of the future,” she argued. “Our agent is a person who lives next door, who you can relate to. All our people are Brooklynites.”

Scepanovic acknowledged that training inexperienced brokers may take more time, but she believes they have an easier time fitting into the company’s “non-competitive” culture, where brokers are expected to share clients and information.

Agents who have worked for other brokerages might be more inclined to hog clients, “because that’s how they make money.”

Arguably a far bigger reason for Ideal Property Group’s success is that the brokerage popped up in the right place at the right time.

Brooklyn had always been somewhat neglected by New York’s largest brokerages, and the post-2007 crisis led even more brokers to pack up and leave the market. Scepanovic and her partner Erik Serras founded the company in part to fill this void, which left them in an ideal position to benefit from Brownstone Brooklyn’s boom in recent years.

The neighborhoods Ideal Properties Group specializes in — Park Slope, Carroll Gardens, Brooklyn Heights, Prospect Heights, Williamsburg and Gowanus — may have been on the fringes in 2007, but have since risen to rival much of Manhattan in terms of desirability and prices. This surely hasn’t hurt brokers’ commissions.

Scepanovic’s early recognition of Brooklyn’s potential shows a market knowledge that is perhaps surprising for someone who had only come to New York in 1999.

Having grown up in the former Yugoslav capital of Belgrade, Scepanovic moved to Sarajevo during the Balkan wars in the early 1990s to work as a reporter for an anti-government radio station (“if you’re into very high levels of adrenaline, that’s the right thing”).

Sarajevo was at the center of the brutal civil war between Bosnian Serbs and Croats, and Scepanovic’s work put her in conflict with the Serbian regime. “We were beaten by the government on occasion. They even shut down our transmitter. But it was more interesting than scary,” she recalled.

After the war ended in 1995, Scepanovic stayed in Sarajevo to work for NGOs and international organizations. But when NATO began bombing Belgrade in 1999 during the Kosovo war, she decided she had enough and left for New York.

“I believed that (Serbia’s President) Milosevic would never be forced out of power and I just needed a break from the war zone. You can only see so many bombed buildings,” she explained.

Scepanovic studied at the Fashion Institute of Technology and began working as an interior designer, but quickly realized that she found brokerage far more exciting.

After working as Brooklyn agents for Manhattan-based brokerage ArdorNY for a few years, Scepanovic and Erik Serras — who has a background in finance — decided to set out on their own in 2007.

The couple initially ran Ideal Properties Group from an 80 s/f spare bedroom in their Prospect Heights apartment, before finally moving into their first office in Gowanus in 2008.

Scepanovic acknowledged that running a business with her life partner has its challenges — especially since they also have to take care of their two-year old daughter.

“We split up our zones of influence and do different things,” she explained. “That’s the only way to do it. Otherwise you end up killing each other.”

Currently Scepanovic and Serras are busy expanding into Brooklyn’s more up-and-coming neighborhoods, such as Crown Heights, BedStuy and Prospect Lefferts Gardens. But in the long run, their goal is to expand across the East River.

“We’re not going to be a Brooklyn company forever,” Scepanovic said. “Manhattan brokerages have always gone to Brooklyn. Maybe it’s time to return in kind.”