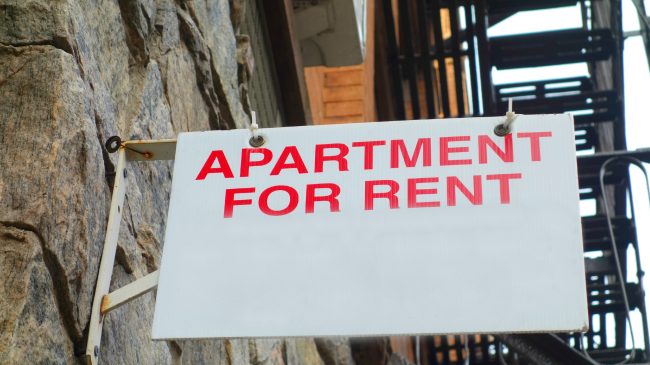 After a year of near-record lows, Manhattan rents jump back up to $3,000

The New York City rentals market recovery is speeding up. Median asking rents are still below where they were before the pandemic began. But, less than one year after Manhattan rents fell below $3,000 to $2,750 for the first time in a decade, Streeteasy’s July Market Reports show they are back at that threshold.

July Market Reports show that Manhattan rents are up at the $3,000 mark once again. NYC rents are rising citywide: the city’s median asking rent in July was $2,675 — up from a pandemic low of $2,500.

The quick rise in rents can be attributed in part to this summer’s massive spike in demand, according to Streeteasy.

New Yorkers who left town during the pandemic started returning, while those who stayed were upgrading, or moving again to avoid rent increases on their lease. And many people who had always wanted to live in New York City decided that, with prices unusually low this summer, it was finally the right time.

The Era of Pandemic Discounts in NYC May Be Over

The share of rental discounts around the city is also changing rapidly. Last July, in the midst of the pandemic, 29.1 percent of rentals in New York City had advertised a discount within that month. This July, only 9.1 percent of rentals were discounted — a significant drop of 20 percentage points.

In July 2019, during a typical busy summer rental season, 15.6 percent of rentals were discounted. So this year’s figure of 9.1 percent is particularly low. In fact, it’s the lowest it’s been in a decade.

In Some Areas, NYC Rents Are Now Surpassing Pre-Pandemic Levels

Median asking rents borough- and city-wide remain lower than they were prior to the pandemic. But in some neighborhoods, asking rents have now surpassed pre-pandemic levels. This is particularly the case in popular downtown Manhattan neighborhoods, including Flatiron, the East Village, the Financial District, and Nolita.

Parts of Brooklyn are also experiencing a rapid recovery in rent prices. Neighborhoods such as Bedford-Stuyvesant, Greenpoint, and Downtown Brooklyn all had median asking rent prices that were higher in July 2021 than they were before the pandemic started.

“I expect rental price growth to continue, but not at such a rapid clip,” says StreetEasy economist Nancy Wu. “Renters began returning to the market in full force this summer and landlords have taken notice. They are trying to make up for the time and money that they lost during the lull of the pandemic by raising prices and erasing discounts. Prospective renters should be prepared for tougher negotiations over the next few months right now, but I expect price growth and landlord expectations to normalize as we head into the colder months.”

The Number of Rentals Available in Queens Remains High