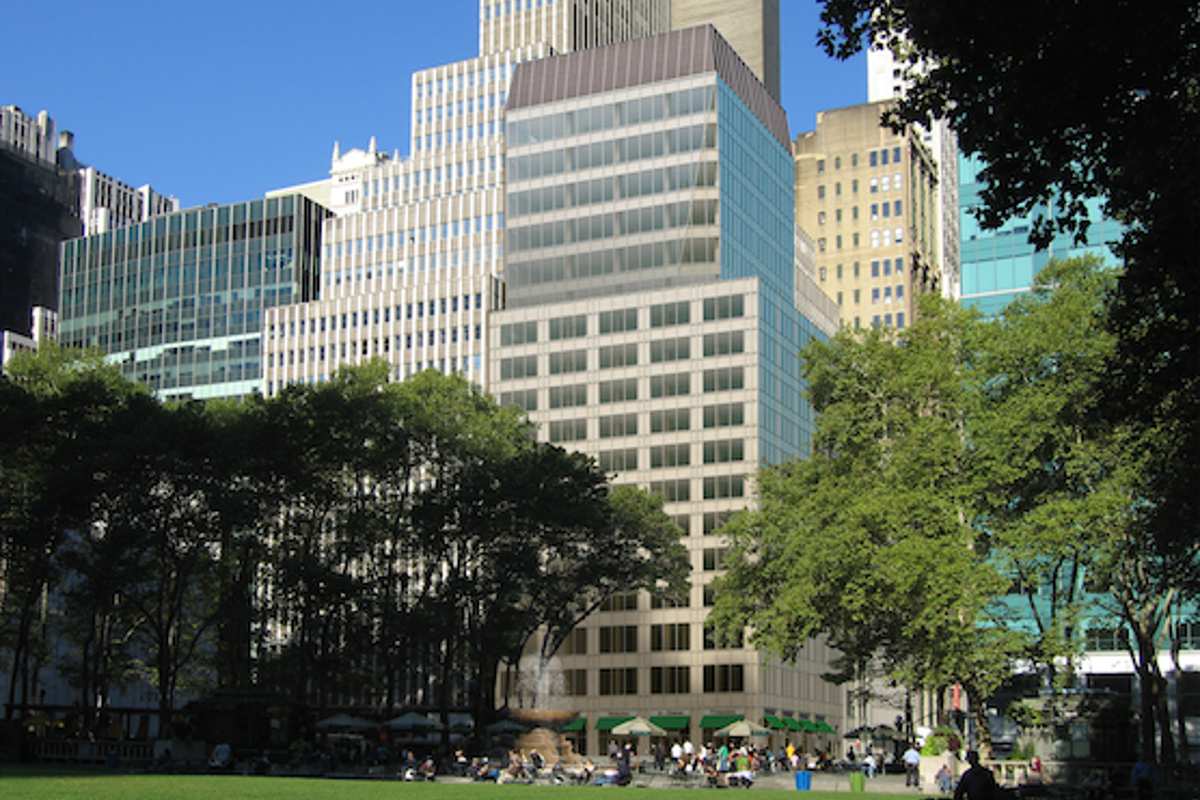 Adams and Co. is renovating three of its Manhattan buildings, hoping the big updates will bring the buildings into the future. “We’re attempting to turn Class B into Class A,” said David Levy, principal of Adams and Co.

“Now that the market is where it is and tenants are where they are, it warrants a bigger lobby, destination dispatch, bigger and nicer bathrooms.”

The buildings are located in three different neighborhoods — Bryant Park, the Flatiron District, and the Garment District.

At 4 Bryant Park, previously named 1071 Avenue of the Americas, Rosen Johnson Architects removed the 1958 reclad of the building’s curtain wall and added a custom wall of glass, metal and limestone. The new materials were woven through the original stone cornices and brick. New energy-efficient lighting was also installed inside and outside of the building.

In Flatiron, 53 West 23rd Street, built in 1915, is undergoing a major lobby transformation. An under-used stairwell will be removed in order to expand the lobby, and a retail window will be reclaimed to further expand the space. The firm is also restoring segments of the original terracotta entrance and ornate details. That renovation is scheduled to be complete in the second quarter of 2016.

And in the Garment District, at 463 Seventh Avenue, the renovations are nearly complete. A new lobby system and security were added, original pink marble floors were restored, and travertine walls were added to the space.

The firm also just signed a new tenant to 463 Seventh Avenue – In Mocean, a swimwear apparel company, which took 27,000 s/f.

“Our portfolio is such that we are able to do them individually, it’s just a question of manpower,” said Levy of the building updates. Renovations started at 463 Seventh Avenue a year and a half ago, followed by 4 Bryant Park, and then lastly 53 West 23rd Street, where renovations began in October.

However, unlike many building owners and landlords in the city, Levy isn’t doubling down on TAMI tenants.

“We’re looking for good quality tenants — whether they’re tech or manufacturing — but we’re not looking for TAMI tenants, if they come, it’s fine,” said Levy. “TAMI is a buzz acronym. For us, credit is king.”

Adams and Co. owns several other buildings in Manhattan, most of which are located in the Garment District, as well as Chelsea, Murray Hill, Kips Bay, and Little Italy. Levy said plans to renovate the company’s other Garment District buildings are “in the pipeline.”

“The key is that the market has gotten to the point that warrants updates like these, and we’re spending money and being thoughtful in how we’re doing it,” said Levy.