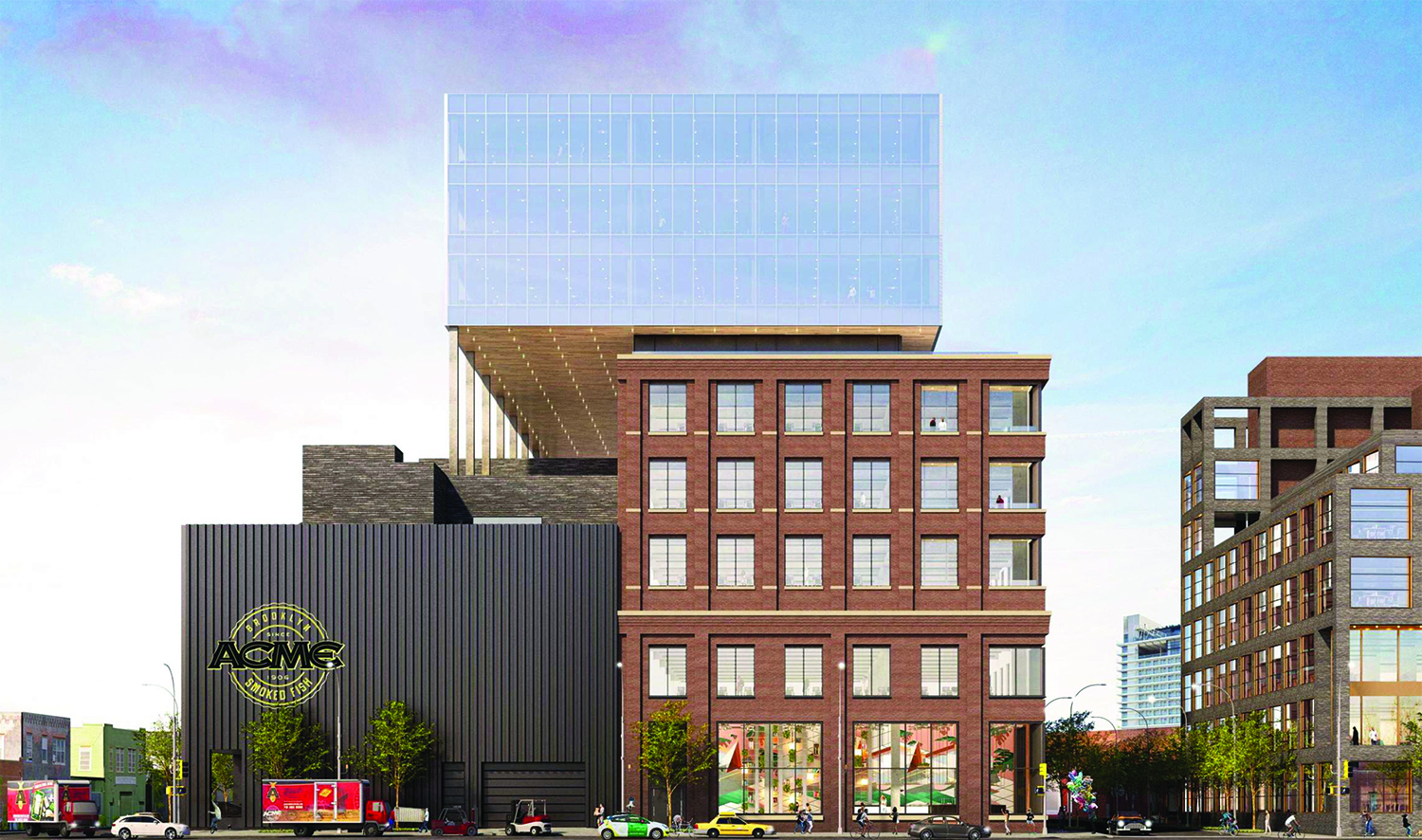 Plans for a mixed use office and manufacturing development in Greenpoint that will include a new home for the ACME Smoked Fish plant have entered the public review process (ULURP).

ACME has partnered with developer Rubenstein Partners for the development of a new 95,299 s/f state-of-the-art manufacturing plant at 30 Gem Street.

In addition to ACME’s new facilities, the Gensler-designed plan calls for 580,000 s/f of commercial space that allows “additional compatible commercial uses to  generate revenue that can offset the cost of building highly specialized, less financially viable factories,” according to the developers.

The site encompasses ACME’s current facility as well as the entire block bounded by Gem St., Wythe Ave., Banker St., and Meserole Ave. The development will be nine stories at its highest point.

Rubenstein Partners has applied to re-zone the site, which currently only supports about 233,500 s/f of development.

“When investment and jobs are needed in New York City more than ever, a project like this signals that the City is open for business and that we are turning a corner in our recovery,” said Jeff Fronek, vice president and director of investments at Rubenstein Partners.

“Add to that the preservation of manufacturing space at the site, a partner in ACME that is so conscious of its role in the community, and we truly have the best and most innovative project to launch Greenpoint’s economic recovery.”

“The continued success and authenticity of our brand depends on ACME staying in Brooklyn,” said Adam Caslow, Co-CEO of ACME Smoked Fish.

“Manufacturing in Brooklyn has become more expensive and complicated in recent decades, but our proposal for expanding our headquarters with additional commercial uses to offset those costs represents a new approach to growing a business and protecting jobs inside New York City.”

“ACME is a fixture in the North Brooklyn community, and with this new facility it will continue to be for generations,” said Leah Archibald, executive director of Brooklyn business exchange, Evergreen Exchange.

“This project will support continued manufacturing in the community as well grow job opportunities for residents and attract new businesses.”