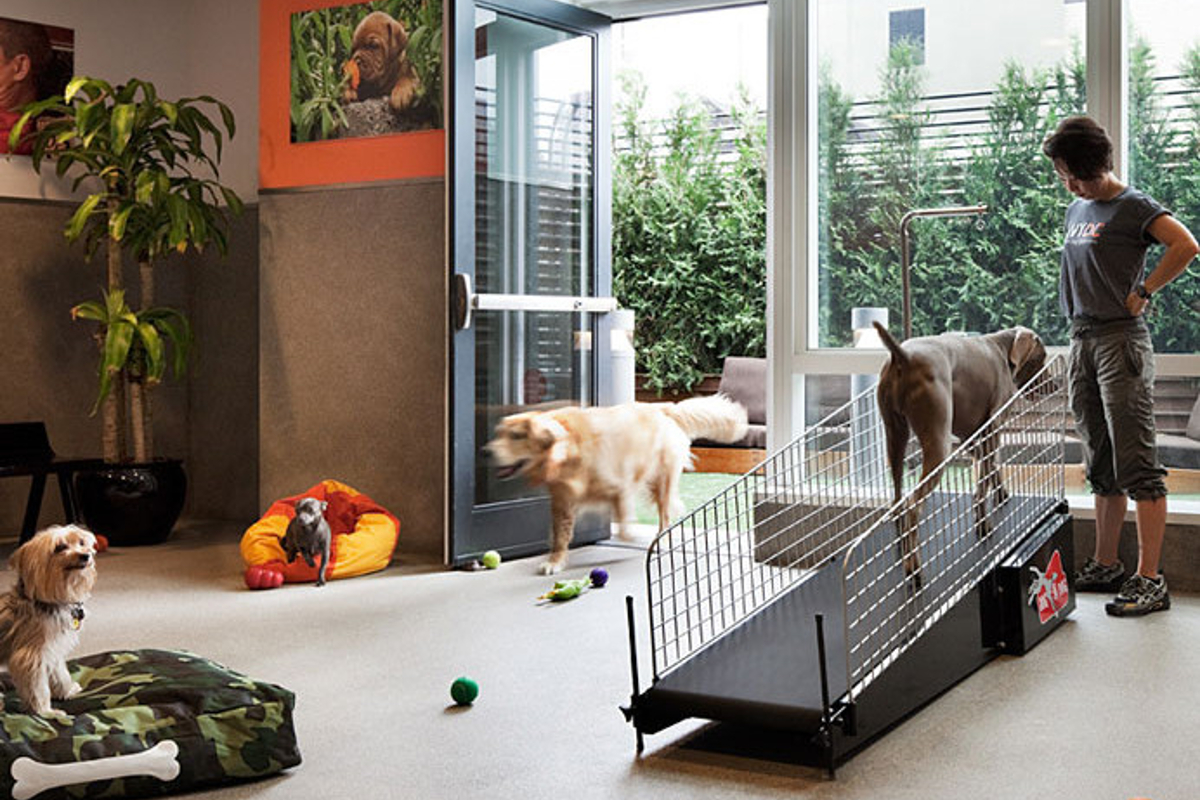 Everyone knows owning a dog in New York City can be tricky, especially in a city where apartments are often shoebox-sized and coveted outdoor spaces rare.

Just this month, Wallet Hub released a report that named the city the worst for dog owners.

The results were taken from a survey by the American Pet Products Association, which found that a record 65 percent, or 79.7 million, American households own pets.

In the report, the website used data sets about costs for pet budgets, pet health and wellness, and outdoor pet friendliness to make the ranking, choosing the 100 largest cities across 19 key metrics.

But in recent years, developers have begun to take notice of New Yorker’s love of pets, and in many new development buildings have included premium amenities for dogs, including dog runs and spas.

And along with developers, many brokers are focusing on becoming pet advocates — building an expertise in finding pet-friendly listings for renters and buyers.

Barbara Fox, who founded Fox Residential in 1989, is a specialist in helping buyers and renters find apartments that are pet friendly.

The specialty comes from a personal place — Fox is a huge animal advocate, and founded her own dog rescue organization, Woof! Dog Rescue, in 2005.

“My love is really animals, so as a result I’ve tried to focus on buildings that are good to animals,” said Fox.

Buildings that have a no-pet policy could be missing out on a significant number of buyers, and especially in a market like this one, it could have an impact on sales volume.

“I think that when a building doesn’t allow dogs or any animals, you cut off an enormous amount of prospective buyers for an apartment,” said Fox. “It may not haunt the members of the board who made that rule until they’re ready to sell, when it could in fact come back to haunt them.”

There are several websites that make it easy for those looking for buildings that cater to pet owners.

Many listings websites — such as Streeteasy, Trulia, and Naked Apartments — have filters for “pet-friendly.”

Corcoran broker Donna Bradbury has a website at www.petfriendlyapartmentsnyc.com.

In 2012, the the city’s Economic Development Corporation analyzed data from the last census and estimated that there are approximately 1.1 million pets in NYC (600,000 dogs and 500,000 cats) equaling an ownership rate of about one pet for every three households.

When Fox herself was moving from a townhouse with her four dogs, she struggled to find buildings that would allow that number of pets. She eventually found one that accepted them, and now, she has five.

She has even spoken to a co-op board about allowing pets, after she got to talking with a board member about how it could significantly affect the number of potential buyers. She later heard that the board had loosened its restrictions and began allowing dogs.

“Even people that don’t have pets want a pet-friendly building,” said Fox. “They want the option if they decide later to have a pet, particularly young couples and families.”

Below, is a list of the top five apartments for rent or sale for pet lovers.
1. Manhattan View at MIMA, 460 West 42nd St, #PH2K: $4.86 million
With 1,617 s/f, there’s plenty of room for a dog (or two) to roam this three bedroom, three bathroom penthouse apartment in Midtown, a building where one-third of the residents are dog owners. And as a bonus, the building has Dog City, a 1,000 s/f center for pets that includes a spa, an outdoor terrace and pool shaped like a bone, daycare and grooming services.

This one bedroom, one bathroom furnished corner loft has high ceilings, hardwood plank flooring and stainless steel appliances. The building features a health club, indoor swimming pool, sundeck with BBQ grills, and resident lounge. At Silverstein Properties’ Midtown rental towers, residents can take advantage of a retail outlet of The Spot Experience, a full-service dog business that includes pet training, grooming and walking, located at the base of the building.

3. Abington House, 505 West 29th St, #26155. $8,980 per month
At this luxury condo building next to the High Line, Related built on its success with Dog City at MIMA and included another full-service Dog City at Abington House. This two bedroom, two bathroom unit on a high floor features North/East views, an open gourmet kitchen with stainless steel appliances, oversized master bedroom and bathroom with tub and stall shower, custom solar shades, and an in-home washer and dryer.

This four bedroom duplex has four bedrooms and two-and-a-half bath across 2,000 s/f. In addition to a pet spa, the building’s amenities include a sky lounge, rooftop viewing terrace, and 5th floor outdoor terrace with barbeque grilling deck and separate children’s play area.