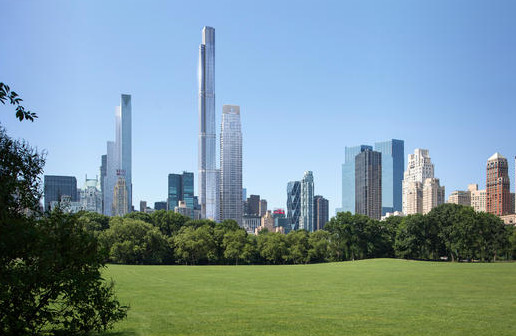 Rising to 1,550 feet, Central Park Tower will be the tallest residential building in the Western Hemisphere.

Located at 225 West 57th Street, the building is slated for completion in 2019 with sales launching later this year.

“This strategic alliance with SMI brings together two international industry leaders with a track record of creating iconic global skyscrapers. SMI has developed the tallest building in Shanghai and we look forward to our partnership as we jointly develop the tallest building in New York City,” said Gary Barnett, founder and CEO of Extell Development Company.

“We believe the superb location, views, design and quality of Central Park Tower will make it the most important residential building ever to be built in New York City and expect it to be a great success for Extell and SMI.”

SMI’s investment will have first priority, and its investment is expected to receive a return of 20% to 30% per annum over the course of the project.

“We are excited to be able to participate in the development of the tallest residential tower in New York City, on a conservative high return basis. We look forward to a long lasting relationship with Extell, one of the top development companies in the United States,”said Tom Tao, President of SMI USA.

Nordstrom Inc., the Seattle-based fashion specialty retailer, has signed an agreement with Extell to locate its long-awaited flagship store in New York City.  This would be the retailer’s second largest store, and is set to open in 2019.

Extell’s portfolio of properties, including the record-setting luxury condominium One57, have solidified its position as one of New York City’s top real estate development firms.

SMI’s recently completed the second-tallest building in the world and the second to break the incredible 2,000-foot barrier, Shanghai Tower.

SMI has executed 80 mega projects spanning from the comprehensive reconstruction of the Bund to the Shanghai Yangtze River Tunnel.