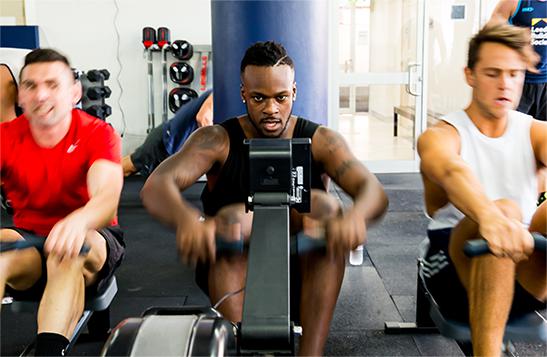 Australian phenomena F45 Training has leased a 5,000 s/f space at 105 East 29th Street in NoMad in a deal brokered by RKF’s Ravi Idnani and Karen Kemp from Corcoran.

Designed by sport scientists and top athletes, F45 stands for functional fitness training classes that last a total of 45 minutes. Since its founding in 2014, F45 has grown to 1,300 outlets in 26 countries.

Now focused on its stateside expansion, the brand opened its first New York franchise in the Flatiron District last year and signed on as an official training partner of the Brooklyn Nets.  It also has two Brooklyn studios that opened last year.

The newest Manhattan studio will open in what’s become one of the city’s fittest neighborhoods, according to the 23rd Street Partnership Business Improvement District. In the past four years, 47 gyms and fitness studios have opened in the neighborhood, including Equinox, New York Sports Club, New York Health and Racquet Club and 24 Hour Fitness.

In the latest deal, Idnani represented F45 in the lease negotiations with the landlord, who was represented by Kemp. Asking rent was $25,000 per month. “We were very excited by F45 as a prospective tenant.  We passed on several other fitness offers on the table to do this deal,” said Kemp.

“Midtown South is an in-place live work play neighborhood that has seen the organic evolution of a healthy blend of modern office tenants, new apartments and retail. With the area’s population expected to continue to grow modestly over the next several years, F45 is arriving at a dynamic time and will do very well with the residents and visitors who have made the neighborhood a destination.”