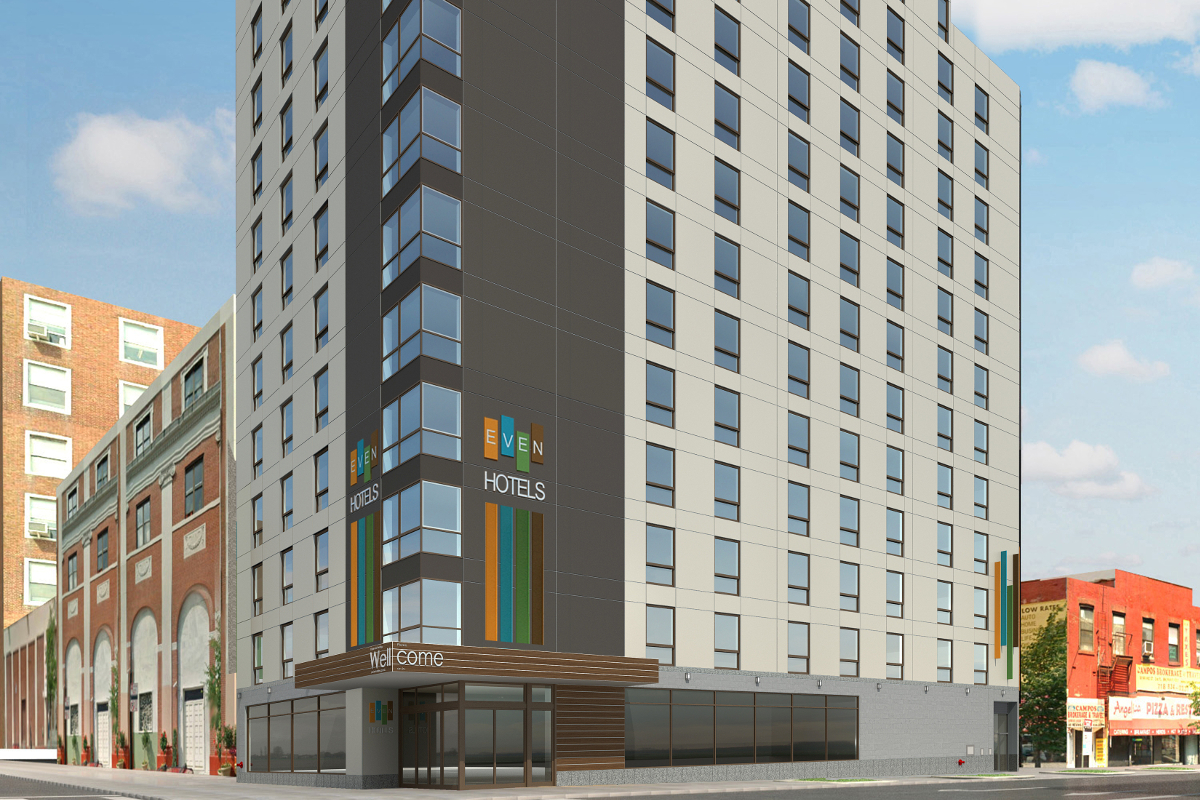 Architect Gene Kaufman has been called everything from the “baron of bland” to “the face of architectural evil.” However, while the press continues to come up with snappy adjectives, his firm has been hard at work, enough that they now have a hand in a significant portion of the city’s hospitality inventory.

With the opening of the 182-room EVEN Hotel in Downtown Brooklyn, Gene Kaufman Architects has been involved in almost ten percent of the city’s 110,000 hotel rooms. EVEN is GKA’s 50th hotel in the city, boosting its portfolio to 10,300 rooms. GKA’s share in the city’s inventory is larger when the starting point is 2003, the year the firm’s first hotel opened in Chelsea. GKA is involved in 26 percent of the hotel rooms added to the city’s supply since that year.

GKA’s hospitality projects, which are divided between Manhattan (44 hotels), Brooklyn (five hotels) and Queens (one hotel), amounts to more than four million square feet. The firm’s projects range in size from the 45-room boutique Duane Street Hotel at 130 Duane Street to the 489-room Holiday Inn at 99 Washington Street. It also includes the 50-story Holiday Inn in the Financial District and the Viceroy Hotel on 57t h Street.

“I think clients and developers want to work with somebody who’s got a proven track record. And so I think that they see that projects have been successful, that they’ve been delivered on time. This is what happens, it’s like old adage, ‘If you want something done, give it to a busy person.’ Because we’re busy, and they see that we’re busy in a good way, people are seeing that we have that capability,” Kaufman said.

Kaufman’s career trajectory has been intertwined with that of Sam Chang, one of the city’s most prolific hoteliers. Chang, who heads McSam Hotel Group, has developed 27 of GKA’s projects.

“I have nothing but the highest praise for Gene Kaufman, especially in the area of select- and limited-service hotels. He is by far the most experienced architect in that niche, with a genius for space utilization. And his talent for working with hotel chains to make sure that both his clients and the brands get what they need is second to none.”

Kaufman’s share of the city’s hotel inventory is set to expand quickly. His firm has 26 hotels in its pipeline, including major McSam projects such as a 612-room Hilton Doubletree at 350 West 40th Street and a 566-room joint Marriott SpringHill Suites and Fairfield Inn at 338 West 36th Street.